No pictures of interest from today. I wrote all morning, and then spent six hours on another project. It's still not done. What I'm working on is a revised web site for the people who have hiked long distances on the North Country Trail.

We have one legendary person, Sue Lockwood, who hiked 2800 miles of the trail with Ed Talone. (Ed was the second person to hike the entire trail.) I never met Sue before she died. In fact, I didn't really know what she looked like. It's almost a joke, that this was the only picture most of us involved with the North Country Trail had ever seen. She's on the left, with Ed on the right, at the entrance to Lake Sakakawea State Park in North Dakota where the trail has its western terminus. 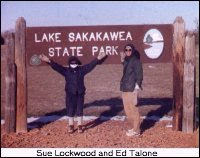 I knew that Sue hiked with some severe limitations. She was legally blind, and suffered from kidney failure. Her brother, Gordon, traveled with them in a van with a portable dialysis machine. She needed to be hooked up four times a day!

I stole this picture from an article that Ed wrote about Sue. This is the two of them on the NCT in 1994. 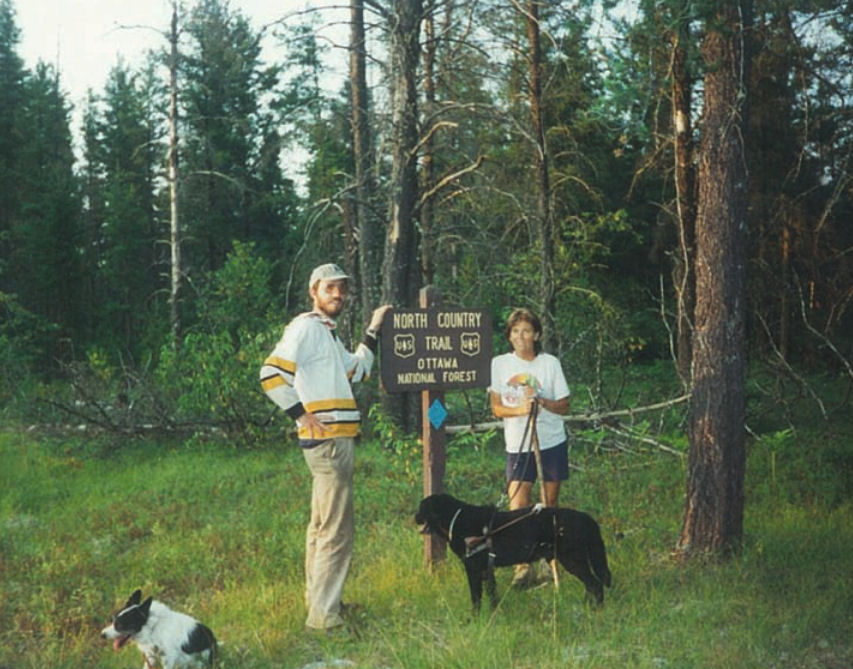 Sue died in 2007. She hiked thousands of miles. It was her passion. Here's a link to the article Ed wrote, called A Hiker Like Anyone Else, which was how Sue described herself.

I also have discovered that Gordon wrote a book about her called Accepting the Challenge. This will be my reading material when I head to bed very shortly since I could get it instantly as an ebook.

And that covers today!