I thought this would be an easy post since I didn't think I'd taken too many good pictures this year. Well, I don't think I got any spectacular pictures this year, but it was still hard to narrow it down. I allowed myself to pick 12- sort of like one a month, but they weren't spaced out that way. Here they are in no particular order. I culled any that were "just a picture" of something. The ones that got to stay have an emotional component.

Still life of the riverside park in Lansing with snow. 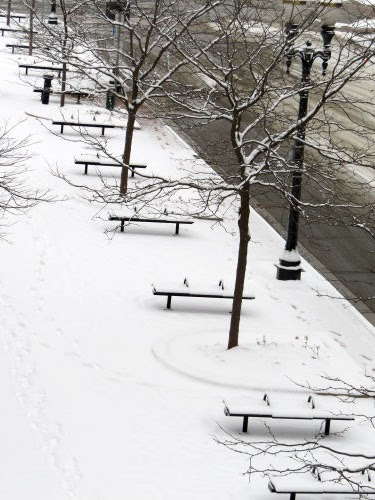 The full moon. This isn't my best moon picture ever, but the sky is so velvety gray behind the golden moon that I just like it. This was the super moon in May. 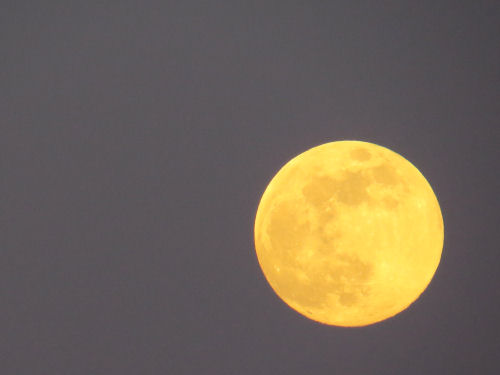 This cloud picture made the cut. I had three cloud pictures that I thought were pretty good, but I like the sense of motion in this one, and I had to pick one. So... 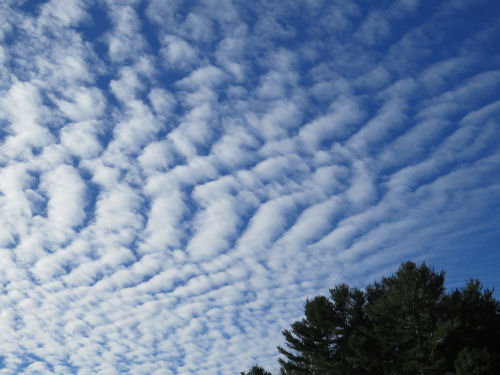 This picture isn't ever going to win any awards. However, I really like the way the tree "flows," and the camera actually caught the green light. I didn't do any editing on this after the fact. 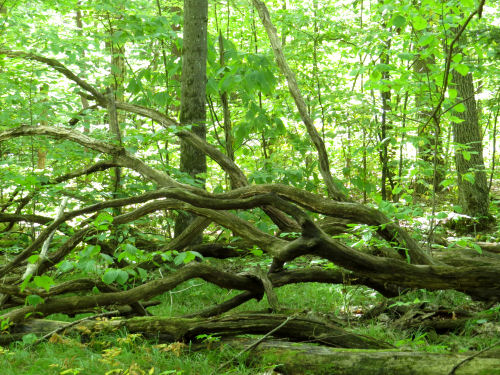 Moving from green to blue- you know I'm always after that perfect and elusive water pattern picture. Well, I really like this one. It's my favorite one I've taken to date. 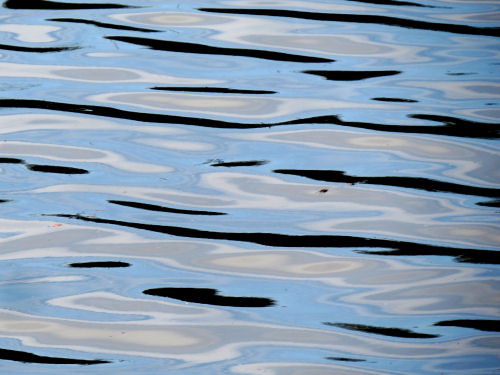 Sunset pictures are a dime a dozen, and good ones are almost as cheap. But I choose this one because it was taken on Halloween, and it captures the spooky mood. 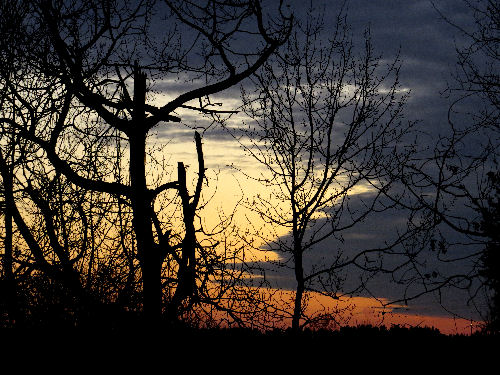 This half a mushroom is so creamy and luscious looking, it had to stay. 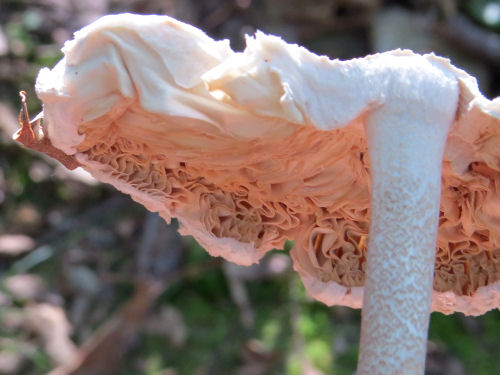 This is reflections in a set of windows with black glass. It was like a kalidescope. If you moved a few inches, you saw a different image! 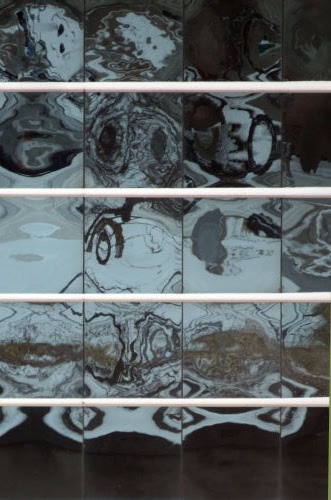 Light is such an interesting thing... and the important thing to photographers (which I'm not, really... but I know enough to take advantage of it when the gift is given). On this day, instead of green, everything was orange. 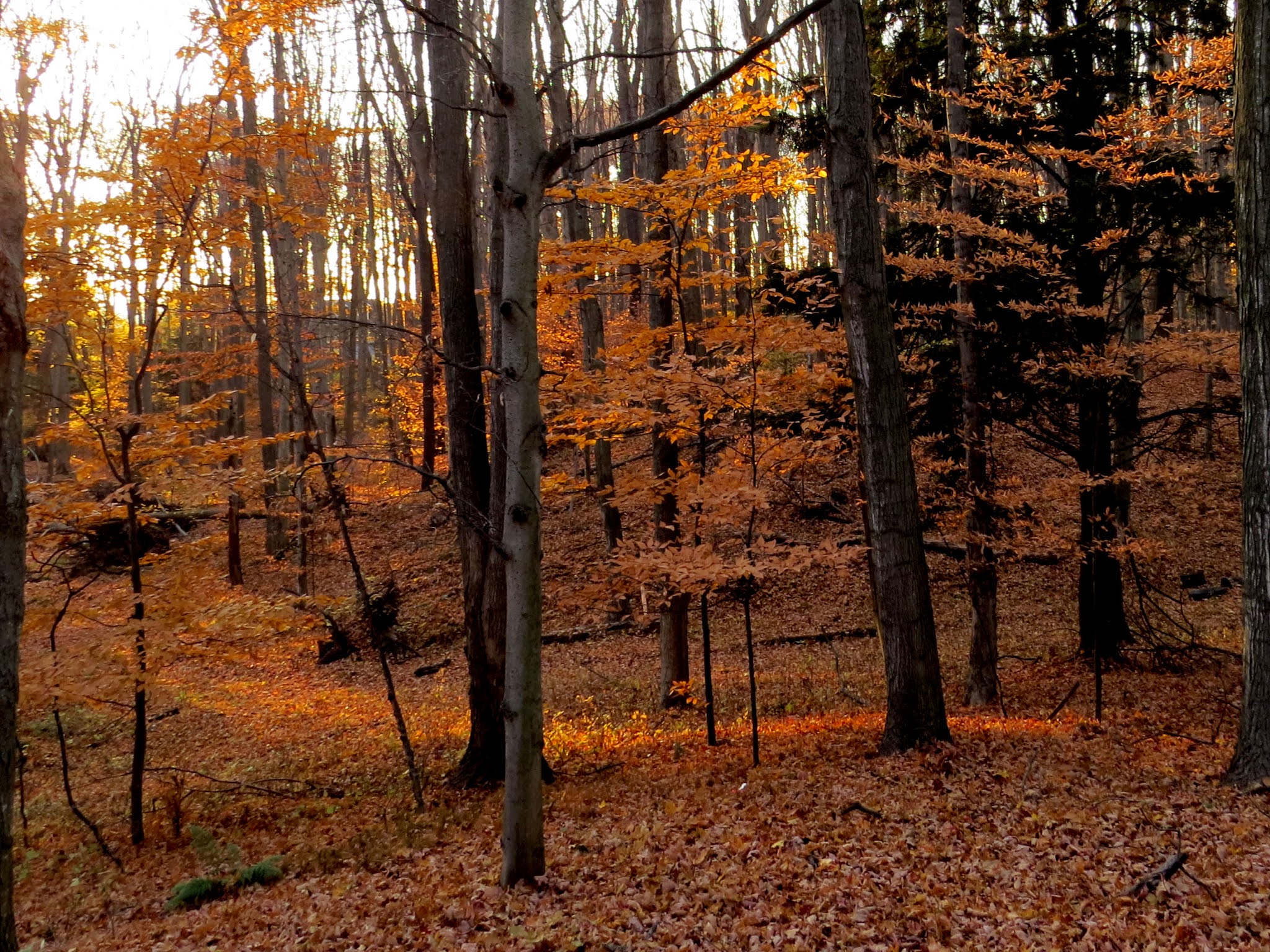 This one isn't really that good of a picture. The focus isn't good. However, it does have that emotional quality that earned it points. 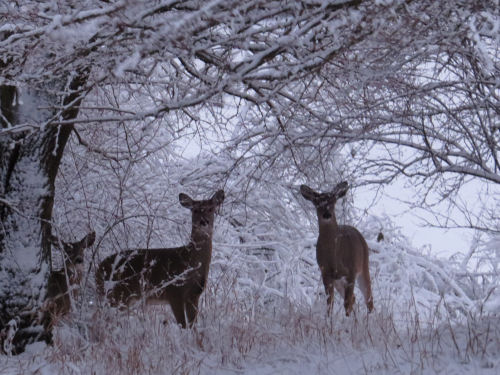 You know I'm a sucker for trail pictures. But doesn't this just draw you in and make you want to follow that path? 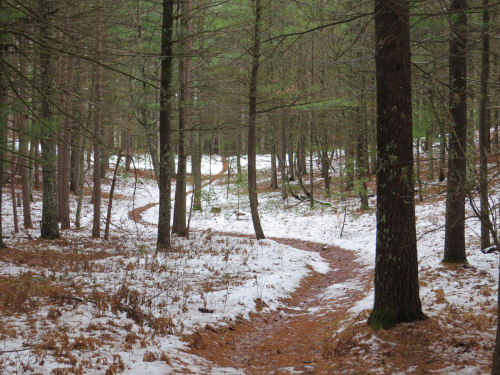 Finally, another recent snap made the cut. When I snapped this picture, I thought it looked pretty good. When I got it home and looked at it full size on the computer, I decided that it's a really nice rural landscape picture. The shapes, except for the birch tree, are so flat and solid, it's like a collage with a tree painted on. Anyway, I like it. 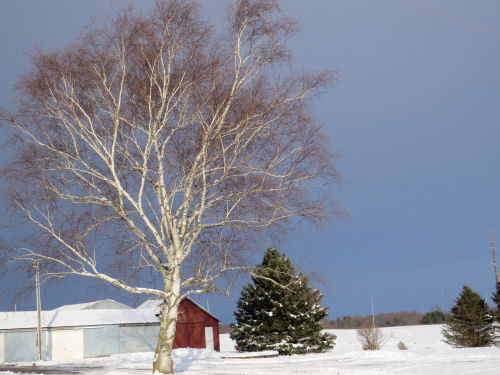 So there you have my selection. Just the usual disclaimer: I'm NOT a photographer. I don't go chasing down the perfect pictures and waiting for everything to be just right. I seldom use a tripod. I just try to have enough sense to take a picture if there is a good opportunity. Which one(s) do you like?

In other news: I did some editing and walked 4 miles.

There are some good ones here. The water pattern is very cool and if you didn't mention that it was water I would think it was just a painting.
I like the sunset and it's a perfect Halloween landscape. Then there's the trail picture. Yes, it does draw me in and make me want to follow the path.

Lulu: "Those deer seem to be keeping a careful eye on you!"

The trail picture, puts me in the frame and I am joyfully walking down that trail full of anticipation for what may lie ahead.

The green picture is fabulous. I like the feel and flow.

Ann & Chuck- the trail picture seemed so simple. I did move around a bit to get the curve how I wanted without trees blocking the foreground, but it turned out to be a great picture!

Lulu- they were for sure! They seem to think the yard is theirs.