Loren and I did an out-and-back hike today on the North Country Trail starting on 5-Mile Road. We were feeling strong, so we kept going. We went to 3-Mile Road and turned around. All together, this is 7 miles on trail and an extra 0.5 mile to get to the car. All the trail miles were in wet snow. Well, I'm a little stiff, but not too bad! It was a challenge. 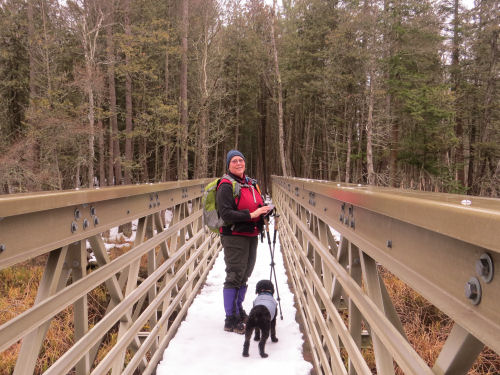 The bridge takes the trail across the Big Sable River. This is the river that is dammed to form Hamlin Lake and runs through Ludington State Park. 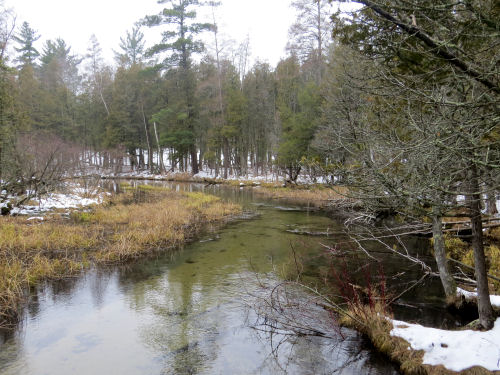 It always seems to be picturesque in any season. 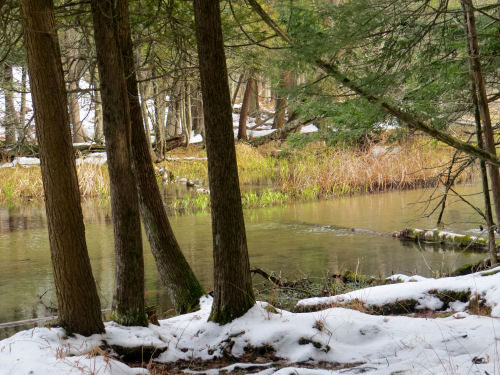 This is the former Michigan East and West Railway. Link below for a summer picture. The trail just crosses it and moves on. 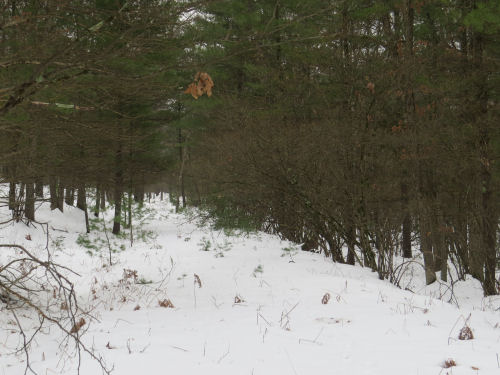 I thought this was interesting. A pileated woodpecker has been doing its thing on this dead tree, and this year from the looks of the hanging shreds of bark. And yet, those polypore mushrooms sprang up around the holes. I don't think I've seen fugus move in around the woodpecker holes so quickly before. They usually just dry out and appear as a naked line of ovals on the tree. 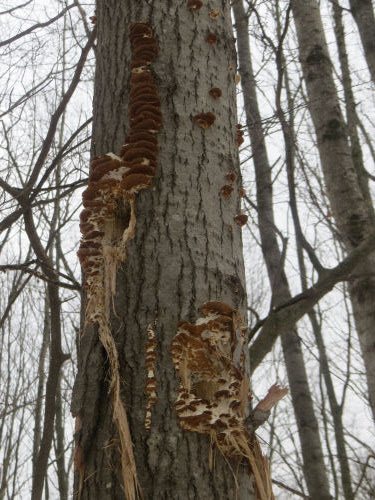 The proof we were there. 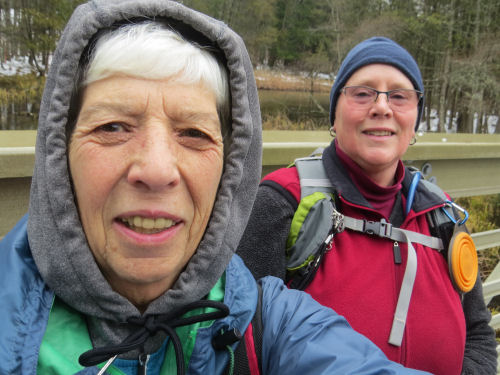 And just a little still life in oak leaves on snow. We didn't see a pileated woodpecker, but we did see a red-headed one and a hairy. Snow fleas, lots of deer, and rabbit, and squirrel tracks. 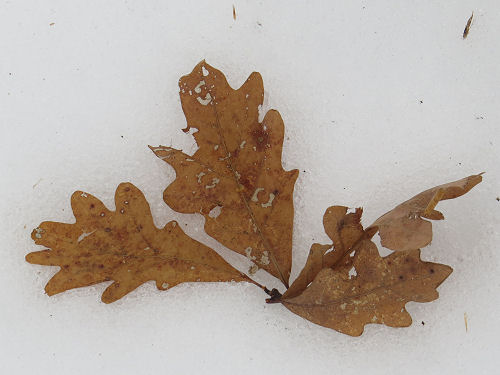 In other news: I may have one of the other issues with companies fixed. Two down, two to go. (It started out as a total of three, but one of them really had two parts.) You know how much time those kinds of things take. I did not do a couple other things I should have. What else is new?

But, I did do this after I blogged last night. Cathy had loaned me a jigsaw puzzle that was in a baggie with no picture. Now, you need to know that I think this is cool! No clues to help. We thought it was another Coke memoribilia puzzle because of some of the pieces, but we weren't positive. So, I dumped it on the table, and thought I'd just do a little bit. 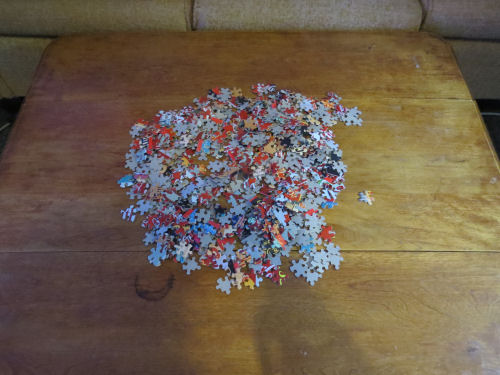 Ha! It was pretty easy, and it was fun. I kept thinking I was tired and should go to bed, but I could. not. stop. Voila!

I certainly seem to be on a puzzle jag.

I was confused by the math in your title, it didn't add up right...lol
Fun, a mystery puzzle.

You always find good stuff on your hikes. I like the woodpecker holes and the fungi.

Lulu: "You guys sure are brave crossing that narrow rickety bridge!"
Charlee: "What are you talking about? Look how sturdy that thing is."
Chaplin: "Yeah we would cross it in a heartbeat. Probably running along the railing."
Lulu: "I'll never understand you daredevils and thrill-seekers!"