Cathy and I took another urban walk today between her work and my bell choir practice. We did some roads that go along the Lincoln River. You don't get very good views between the houses, but we managed a few. This is from the west side of Jebavy drive, where we've walked several times. You can't really tell much from the picture, but this is about where the river starts to widen into Lincoln Lake 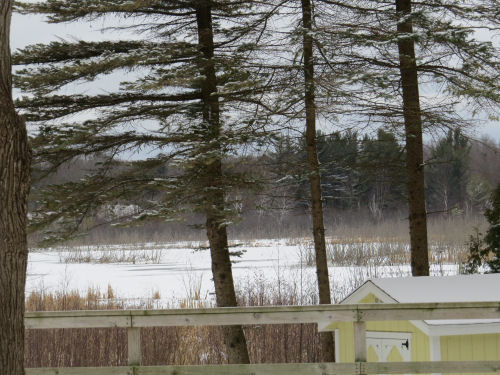 Then we crossed Jebavy Drive and took a road into a small development that we had never walked. Here, there were some interesting views. At least I think they are interesting! This little eddy has some textural interest. 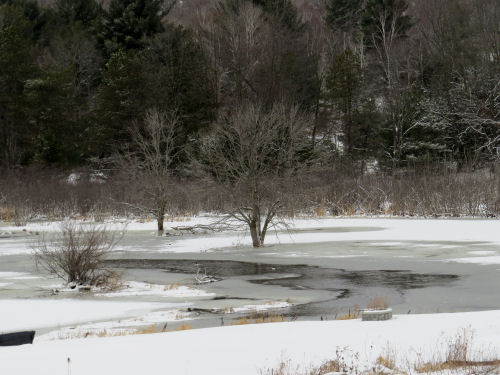 The view from the end of that street was a totally new persepective to me. I'll have to explain this picture though. Cutting through the middle of the picture is a line, slightly lower on the left, that is higher than the river. That's Jebavy Drive. 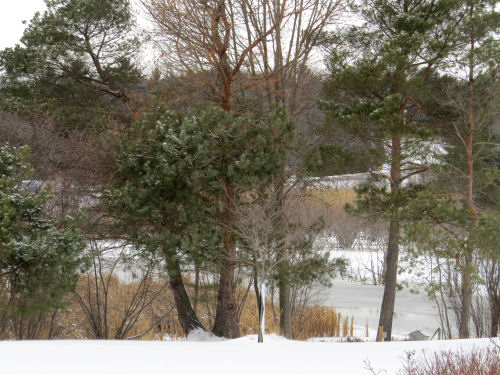 I was able to zoom in from a couple of steps to the side and get a little better view of the bridge. 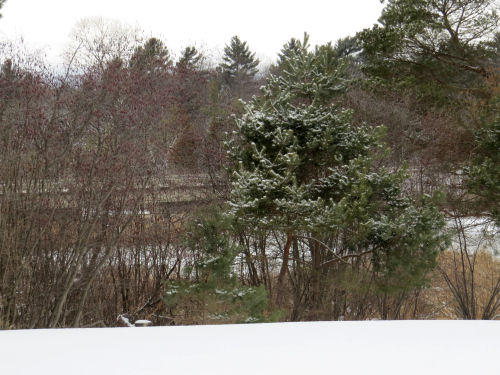 There was a second street in the development too, that went further upstream. So this is maybe a third of a mile east of Jebavy Drive. There's still a big stretch of this river that can't be seen between here and Fisher Road. (Points 3 and 4 on the map in the linked post) I did just see on a map that a public golf course backs up to it in that stretch. Maybe I can catch a picture from there some day. 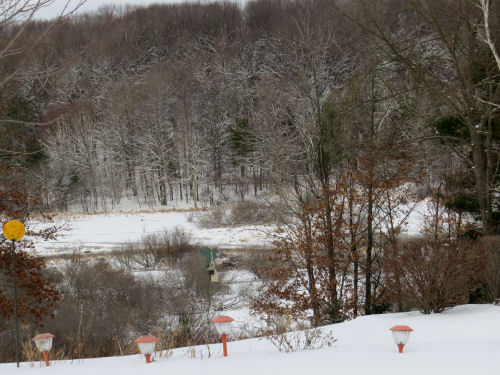 I've thought about paddling upstream, but I looked it up, and technically, it's not open for paddling above the Jebavy Drive Bridge. Bother.

We walked 5.3 miles, and I still made it to bell choir on time!

In other news: I wrote a chapter in the morning and worked on another project before meeting Cathy.

You sure do fit a lot of activity into one day