Day three of our hike we did the most miles, 12.8. Of course we made it probably a mile more than this by making a wrong turn on one of the roads. Sigh. At least we figured it out pretty quickly. Here's where we began the day. I just love the hills of New York. 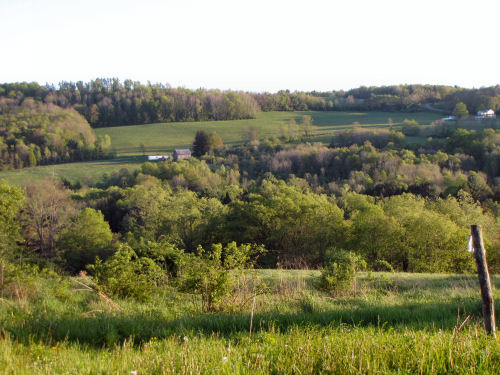 We ate lunch beside what was probably a private pond, but there was no one around and we just sat there for a while, then cleaned up and hiked on. Lunch always tastes better in a pretty setting. 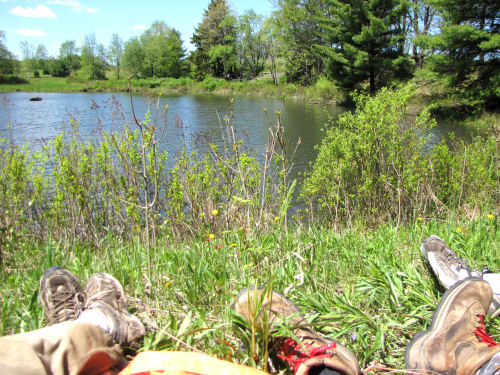 In the afternoon, we followed Newton Brook for a long ways. There were some little waterfalls, but mostly it was just a beautiful bubbly stream in the dappled sunlight. 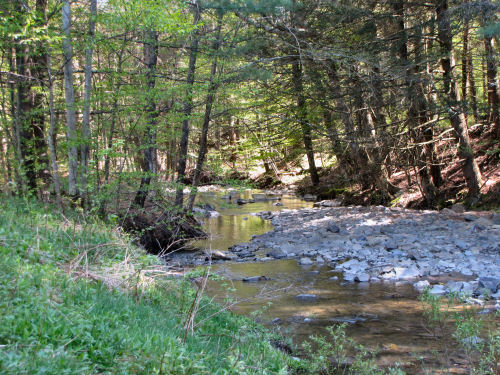 We made it into Bainbridge by 5 pm even with the long day and ate at a local diner. I had a tuna melt. We stayed there quite a while so Larry could look at the pictures from the past two years when he hiked with us. He hadn't seen them.

It wasn't as cold that night as it had been the previous two, so we slept well.

Today, on the project front, we also had a long,busy day. First, we painted the pantry with the Dry-Lock paint. Marie says it's the fruit cellar, not the pantry. OK. 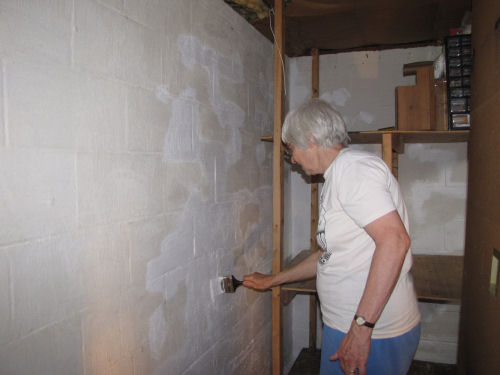 Then, while the paint dried, we went upstairs and pulled the carpeting out of her "new" sunroom. It's new because it has new windows. 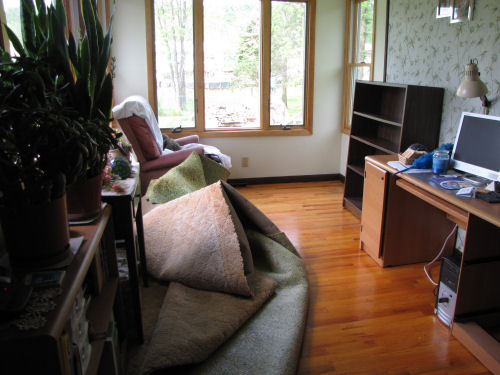 Then we went back downstairs and put the pantry, er, fruit cellar, all together again. 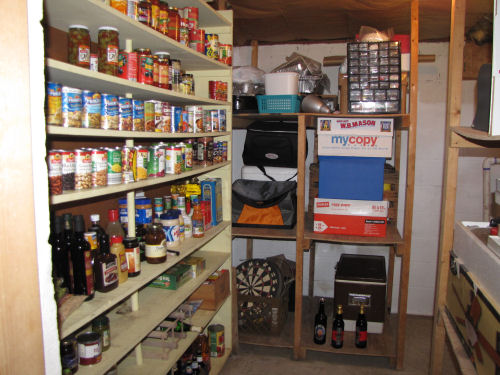 Were we done? Not exactly. Marie invited a friend to dinner, so we cooked too. Her friend is named Selma. I've heard a lot about her (and vice versa) but we had never met, so that was fun. 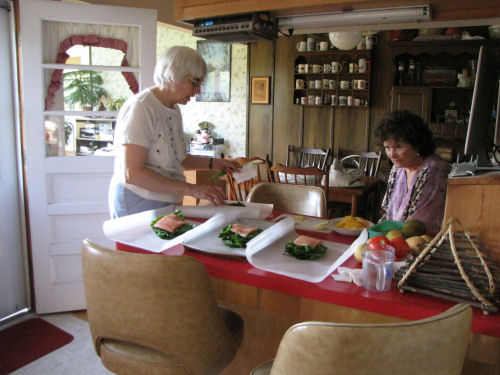 Busy, busy, busy. I'm tired just from reading about your activities. Are you the inspiration for the Energizer bunny? :)
(FWIW, Sylvia is that way too. Me? Not so much since the arthritis has developed.)

Boots in the grass made me smile. I am imaging eating sammiches and munching celery in that setting!

I would be pooped too but it would have hit me way sooner :)

Criminy! You are one busy gal! I'm pooped just reading about all of that. :)

The cellar/pantry is GREAT! I would love to have a room like that for all that storage space.

Clementina- Welcome! Come by as often as you like.

Chuck- well, neither of us is quite so manic on our own, but we promised each other these traded weeks of projects, and we want to really accomplish some things.

vanilla- you are close! We had crackers, peanut butter, cheese, and veggies (but I don't think there was celery)

Ann- Marie and I both laughed at your comment!

Lin- her fruit cellar is truly awesome. It's cool enough to keep potatoes and apples and stuff like that, plus the canned goods and general storage.

Marie's fruit cellar/pantry is quite the showplace!!!