Sometimes It's the Little Problems...


Do you remember an un-named project I teased you with at First Skiing and ???? The wood sat untouched until today. Why?

I had bought a new sabre saw a while ago. OK, a long while ago, and hadn't needed to use it yet. But it's a requirement for this project. So I got it out of the box and discovered the blade was not installed. No screw to hold the blade in like old saws. No big deal, check the manual, right? Found the picture and the words for how to change the blade. Hmmm. It makes no sense and the picture looks like some sort of Picasso work.

I had to go to Lowe's a few days later. I talked myself into swallowing my pride and asking how to install the blade. Did I remember to take the saw? No. I asked the tool guy if he knew how to do it. They don't sell that model any more and said I should bring it in. Grrr.

Managed to get back to Lowe's a week later with the saw. Talked to Dave the tool man. Ha! He was stumped too! Now I definitely didn't feel so bad. He quit looking at the Picasso and began playing with the saw. It accidentally "opened" to allow the blade to be inserted. Success! He said he'd never seen one that worked that way. Me neither, for sure. 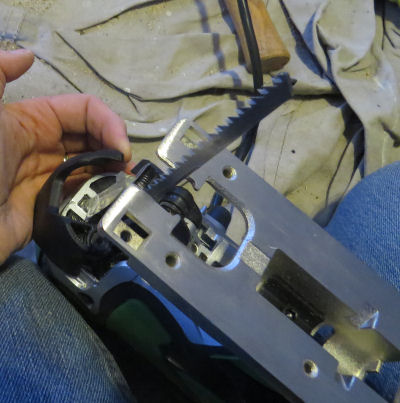 So, then I had a saw with a blade. However, I didn't seem to have any time. Until this afternoon, when I spent another hour or so working on this. 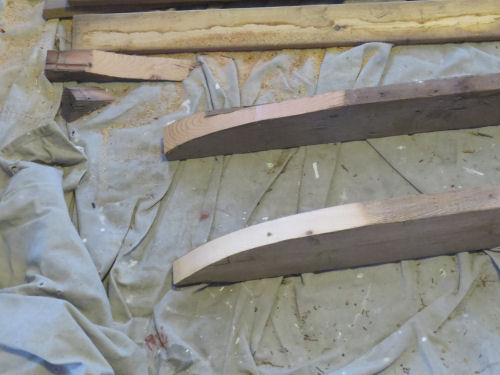 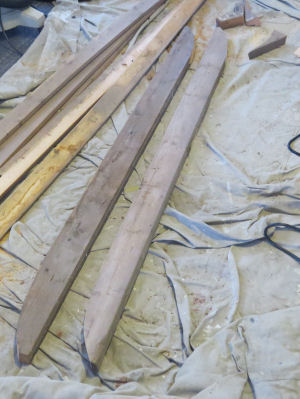 This is as far as I got. I'll let you guess this time, too. Next time I feature this, I'll tell you what's going on and then document the project through, step by step. 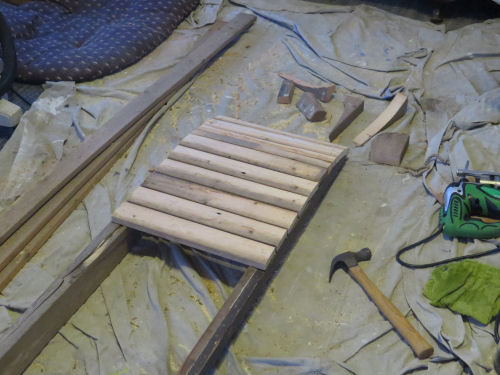 Judging by the width, I'd say that's a sledge for squirrels :-P

I haven't a clue. Oh wait! Is it sledge for Maggie to sit on?
Happy Christmas Joan.

I'll buy the sledge answer. I can't wait to see what you're up to.

I was going to guess a sled to pull your gear while you are hiking. Is that a sledge?

It looks like a log sled although I would not have put so many slats on it so perhaps not - we use these to (or should I say use to) transport logs to the house, the saw was fascinating to me, how we have different names for things, we call them jig saws.

You tackle so many projects. I used to do needlework & decoupage but, put any type of saw in my hands & I think that would be a disaster!