Wildlife on a Walk


Om and I took a little walk today at a park in Ludington. It didn't warm up as much as the weather people predicted, but some of the wildlife was acting spring-like.

There were a lot of squirrels running around. This one was playing tag with a black one. Maybe the black one wanted the nut the gray one was carrying around. 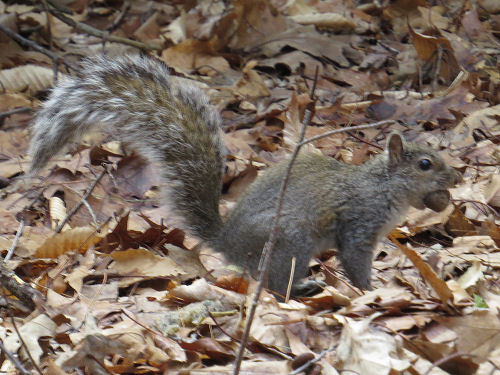 Not that squirrels or ducks are anything special, but the mallard male was looking very colorful today. 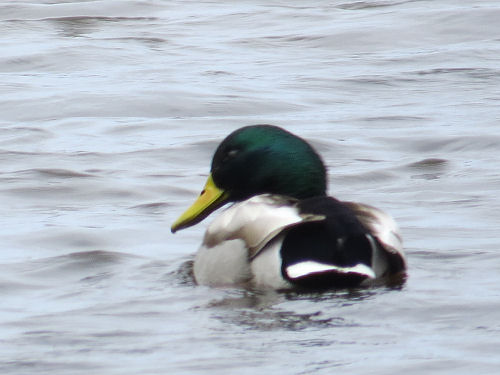 This was a nice find! I thought it was an Eastern Phoebe, but when I got home and double checked in the bird book, the white bars on the wings seem to indicate it's a Wood PeeWee. I'd usually doubt seeing one of those out in the open sitting on a cattail. They are commonly heard in the woods (they say "pee-o-wee") and not seen. However, it is spring, and birds are on the move. The Phoebes sure don't have those white bars. 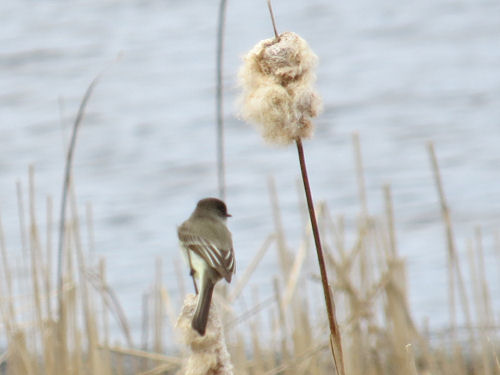 Finally, these koi were in a landscape pond. I would think it's really cold to put them out, but I don't know much about fish. They were also in a very small pond. But they were pretty. I like the gray one with yellow spots. 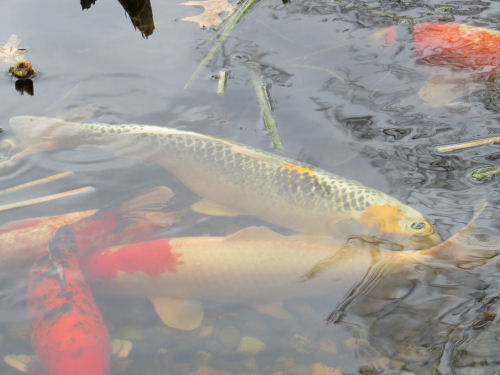 Supposed to rain all week. That should green things up, but might curtail the walking.

I enjoyed your wildlife shots, especially the squirrel!

The squirrels are extra active these days in my little corner of the world. And the geese and ducks are making their fly-overs every day again. The snow is still melting, but spring is here!

Enjoy the season, with its rains and all!

I look forward to seeing Phoebe. Fun to watch as she catches flies.

How fascinating to be able to observe the transition periods! I assume winter to spring offers the biggest changes?

Well it looks like everyone was out for a walk that day. You sure ran in to some interesting scenes

Koi can handle the cold--I believe they stay out all year. I know Mr. Cuddles does and he is not a koi. Koi are pretty tough fish.

It's fun to see all the birds and animals so active now, isn't it?

You got them all: fish, fowl, and fur. Nice work.

Karen- sometimes the most ordinary have a familiar charm

Chuck- I've heard them, but haven't seen any in my yard yet

Ivy- I think so, because things change visibly from day to day. Of course autumn is spectacular. I love the changing seasons

Ann- even the wildlife is hopeful, it seems

Lin- Mr. Cuddles looks koi. Or is he just coy?

vanilla- They were there. I just happened to have the camera!