I think this is another example of the Ruby Meadowhawk, genus Sympetrum. The book says that the identification of red dragonflies is pretty nearly impossible, so I'm not going out on any limbs with the ID. It perches like a meadowhawk though, and is medium in size. 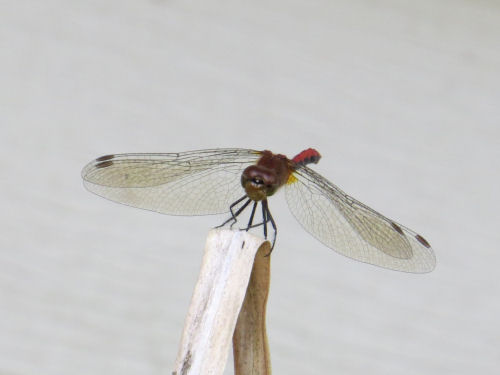 Although all the pictures are taken while it was sitting on the same stalk, it moved a little bit, and so did I to get a different angle. 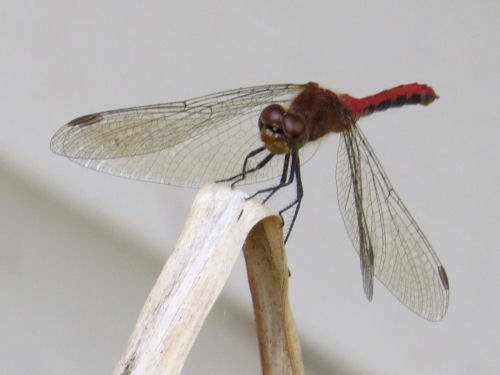 If you look closely where the wings meet the body there is a little amber patch. If that were bigger, it might be an amber-banded meadowhawk. 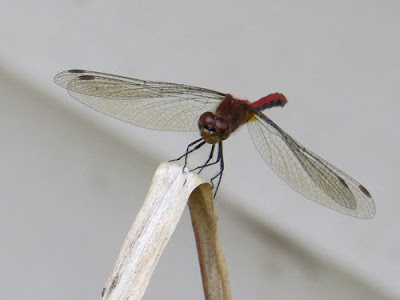 It does have a beautiful pattern of diamonds down the side of it's abdomen. I think this one might be female, but I didn't get a good enough picture of the end of the abdomen to be sure.

Compare to the one I pictured in 2010. That one had redder spots, less prominent diamonds, and it was male. 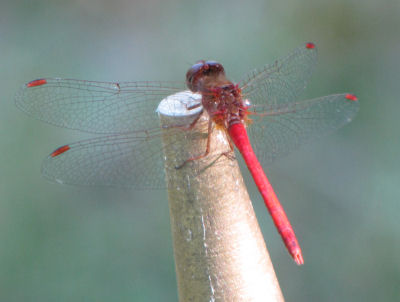 About all I'm willing to say is that they both perch like meadowhawks, and they are pretty!

Pretty captures of the Ruby Meadowhawk! It is a beauty!

nice shots. I don't know one from another but I'm fascinated by their wings

A dragon is always beautiful.