Meet Tirzah. She's the one in the purple shirt directing big brother Micah and little sister Jael in a game of some sort. We went to the same church as their family and were even in the same home group. But time marches on. They left because her dad became pastor of a small church near where they live. We changed churches too. 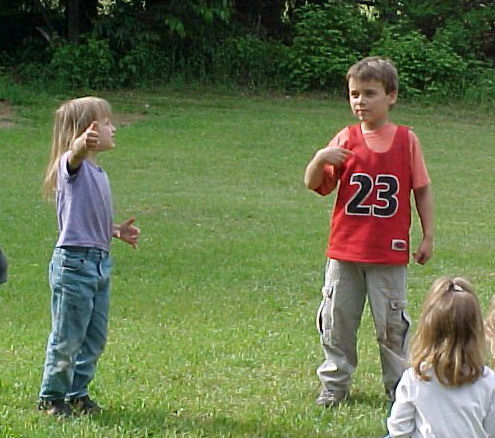 It's not like either family moved away; we still ran into each other occasionally, but weren't as close as we had been. Tirzah turns 15 this week, and she just returned from a two-week mission trip to Zambia. There was a lunch and then a time when she (and another girl who went on the same trip) shared about their experiences. 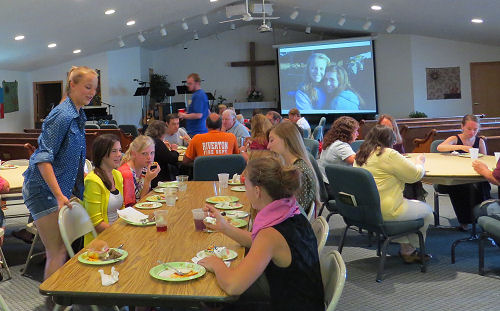 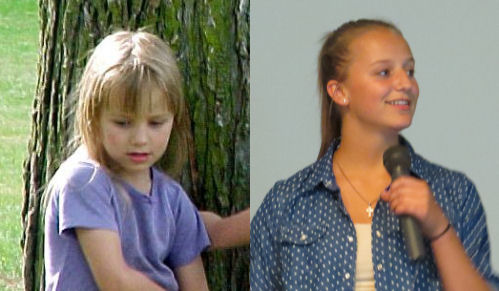 How quickly they grow. How great to see that inner beauty keep pace with the outside appearance.

Time sure flies and girls grow up faster. Happy Fifteen to Tirzah.

They do grow up far too fast.That must have been quite an experience for a 15 year old

Chuck- It sure shows, doesn't it?

mimpi- nice to see you here!

Ann- She was really psyched about it

Yes, time marches on! It seems going on short-term mission trips is widespread these days. We never heard of such a thing when I was a teenager. Kids today have so many wonderful opportunities! It's a whole different world!