Lost in the Fungal Labyrinth


I found two interesting fungi on my hike yesterday. The first is an earthstar. Supposedly these are common, but I've only ever seen them three, maybe four times. This one is fairly large, about 3 inches across, and already kicked loose of it's unstalked moorings by some other walker. 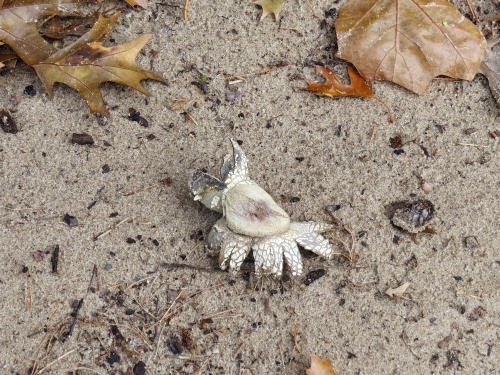 I think this is Astraeus hygrometricus, or the Barometer or Water-Measure Earthstar. But if so, then I think I mis-identified the ones I showed you in Barometer Earthstar. Or maybe that post has two different kinds. Sigh... this mushroom stuff is just hard, unless you only listen to the stories they tell. It looks more like it is getting ready to stand up and walk away than to tell me the moisture content of the air. But at least I can get that one in the right group. 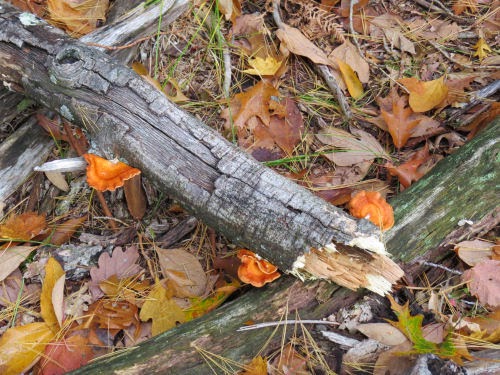 For once I remembered to look at more than the tops, 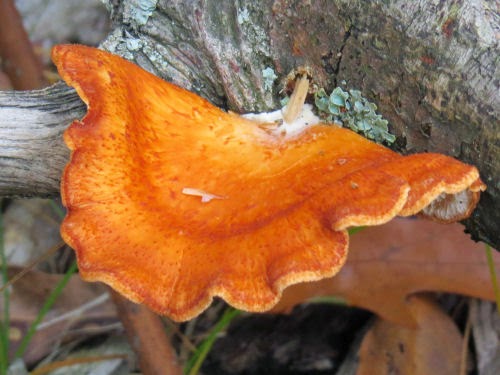 The undersides are stunning! I thought identifying them would be a snap with that unusual pattern. 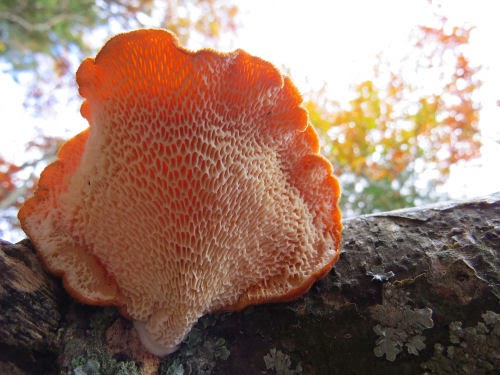 Well, hmmm... it helped. It does narrow down the choices, but even so, if it's what I think it is, orange is a bit of an unusual color. Nevertheless, I think it's Daedaleopsis confragosa, the Thin-walled Maze Polypore. And, yes, that is named for the mythological guy, Daedalus, who created the maze on Crete that held the Minotaur.

There aren't very many fungi with that kind of gill pattern, so this is my best guess.

These fall into the Creepy/Cool category. Amazing, aren't they?!

I have seen the 2nd fungi before. The first one is very unique.

They are both very cool looking.

I admire your persistence. I'd probably just say "Looka these fungi I found!" Excellent photography, as is your wont.

I would like to look harder for the fungus in the second picture.

There must be many stories being kept inside each of the pores.

Totally interesting. I love mushrooms. You are turning into rainfield.