While Ester and I were exploring the Lake Huron shore, just driving and looking for a public access place to take some pictures, we saw a small sign, "40 Mile Point Lighthouse."

I hadn't discovered anything about this while researching this trip. We'd seen no advertising, but we had to turn down the road and take the adventure we were given. What we found was the wonderful Presque Isle County Park, built around the lighthouse. The light still operates (with a halogen bulb- as they all are now). 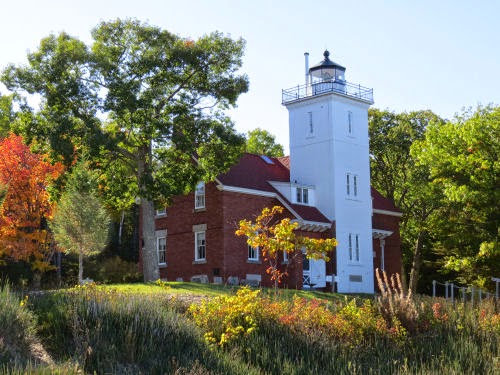 This light was built in 1896 to fill a gap between Presque Isle and Cheboygan. It is of the style that has a keeper's house attached. The local preservation society has done better than restore the building. The interior was completely painted in Coast Guard Gray, but they stripped and finished the Ash woodwork, and have filled the entire house with period furnishings. Here's the kitchen. 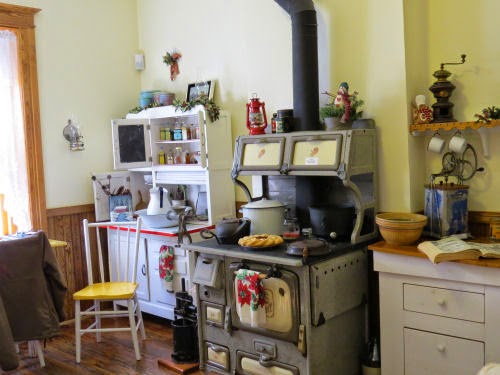 Very close to the light are the remains of a shipwreck from one of the big storms on the lake, in 1905. Twenty-seven wooden ships sank in that storm. These shipwreck sites of wooden vessels are always a bit disappointing. All there is to see are some ribs and metal fastenings. 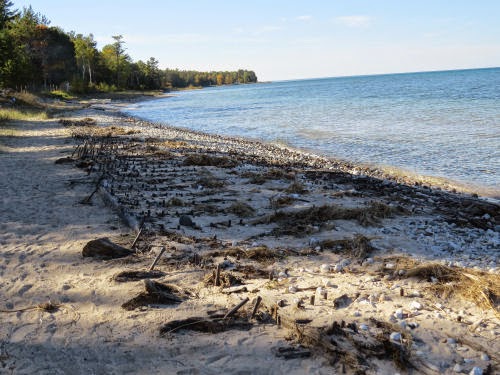 The afternoon sun was glinting behind the tower, and I tried to make it look as if the light were lit. 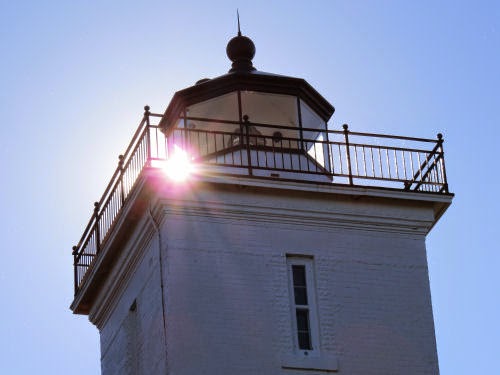 Also at the park was the pilot house from the barge "Calcite" which hauled limestone from that pit I showed you from 1912 until 1961. 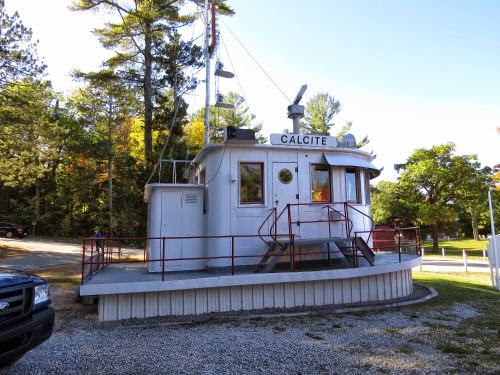 Ester and her new dog, Whitey, a rescue Shepherd-Husky mix with a wonderful calm personality. 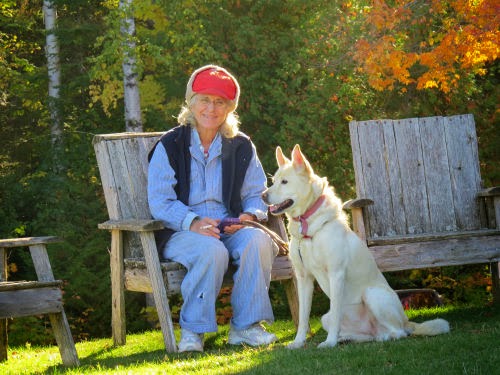 what a great looking lighthouse. They've done a great job of restoration. Love the look of the kitchen and the outside looks so well maintained.
Ester's new dog is beautiful

The tour just keeps getting better and better. That is a lovely dog.

What a wonderful day of discovery. They've done a great job on that kitchen. I don't think I've ever seen a cook stove that is that fancy.