As I came home from work today I was chasing the back end of the storm front that has hovered over us for the past several days. It's moving on. It's really too early to let myself think Spring, but it sure felt like it this afternoon. When I got home, the next step in whatever is going on across the road was in progress. I took this picture on January 28. They bulldozed the entire lot just across and east of us. 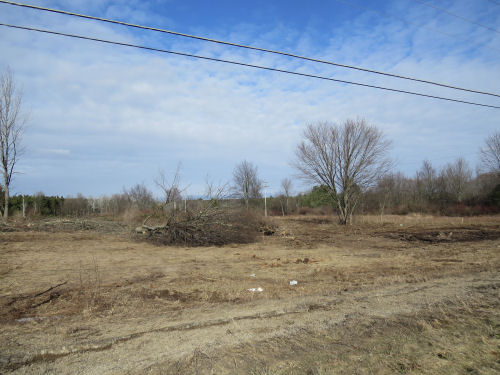 Today, they were burning it all. I have no idea what's going in over there, but whatever it is, I don't like it already. I was hopeful the strip mall "progress" along this road wouldn't quite reach us until after I was dead, but I think my timing is off by a couple of decades. Bummer. I feel like moving on. Need to get that trailer done! 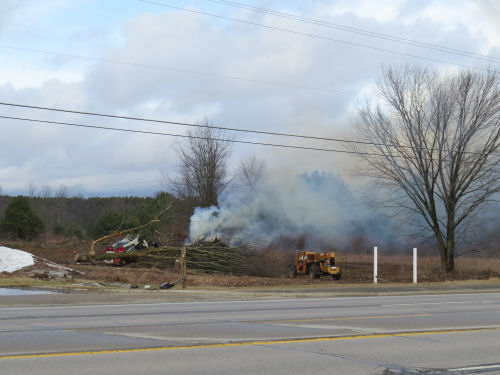 In other news: The prayer of the day was "let me be gracious, not grumpy." My success in putting that into action was partial. Work, oil change, wrote Chapter 12 in The ABZ Affair. Back to work in a couple of hours.

Email ThisBlogThis!Share to TwitterShare to FacebookShare to Pinterest
Labels: clouds, my kingdom, storm

Oh no, I hope it's not a strip mall that's going to fill in your wide open space there.

Some might call that "progress." I am not convinced.

hello sharkbytes its dennis the vizsla dog oh hay wow owt heer if we hav a fire like that we run away frum it but owt yore way they ar setting them on purpuss!!! so strayndj!!! i do not blaym yoo for not liking it!!! ok bye