I'm tired- so you get to play one of those number games with me again. It's the twenty-second day of the second month in the second millennium (oops third!), but the numbers start with 2. Ha!

These are two really great guys! On the left is Ed Chappel who is receiving the North Country Trail Association's Trail Maintainer of the Year Award in 2009. He wasn't able to attend the conference, so Ed Morse, on the right, delivered it.

These two men are responsible for an awful lot of good North Country Trail miles. Thanks guys! 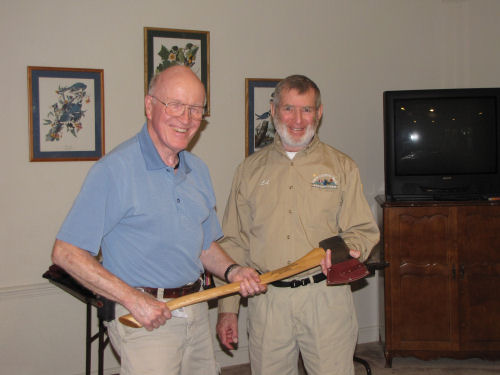 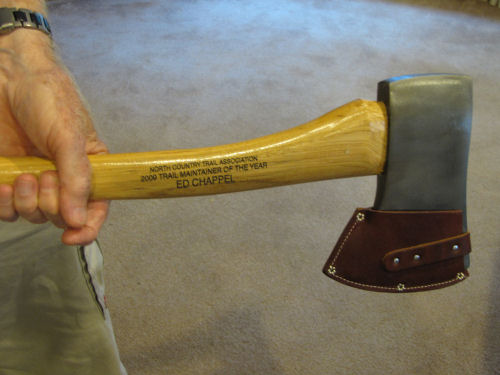 In other news: work, interview for my monthly column, errands, crash.

Posted by Sharkbytes at 7:39 PM