Today's theme is curlique, curly-Q, or however you want to spell it. There are two entries in the competition: 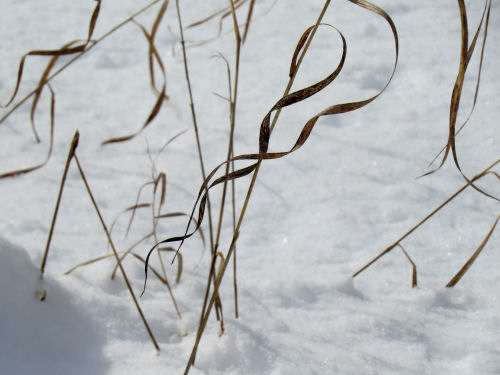 Next is the shadows of those twisty sumacs I love to picture. 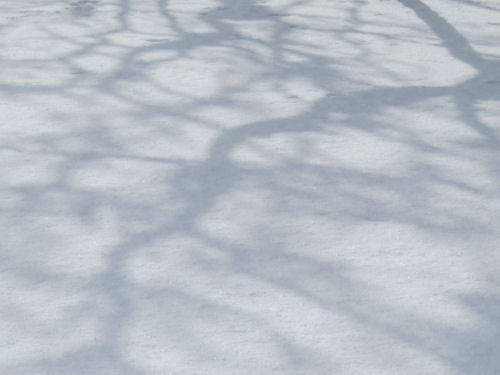 It was up to 15 degrees today, but with no wind at all it wasn't even chilly on skis. My tracks from yesterday persisted, so I was actually able to do more gliding, instead of just walking on skis. Did all four hills, and three of them could be skied down instead of pushed. 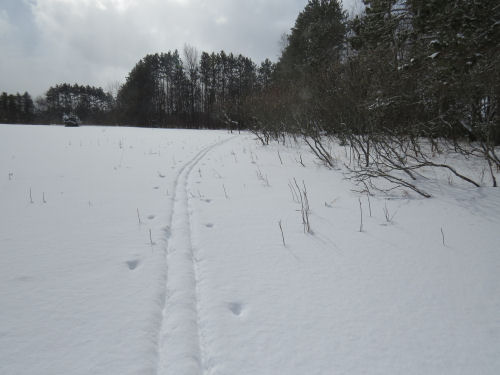 There wasn't the blue sky of yesterday. The best that could be said of the sky is that it was occasionally dramatic. 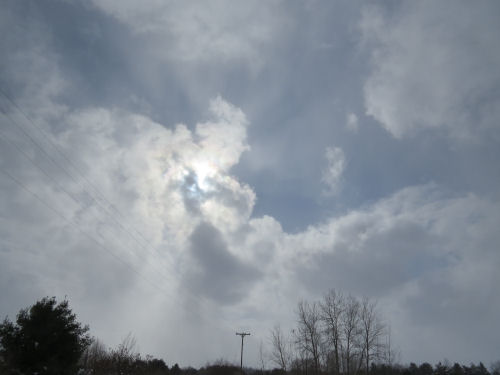 In other news: I have the contract work just about finished- just a bit more to do tomorrow and Thursday afternoons. I wrote one chapter in The Hitchhiker and did some odds and ends. Hope to write a little more yet tonight.

I say it's a tossup between the first two pictures.
Nice when you get a break from the wind. Those skis are finally getting a work out.