Today was mighty fine on so many levels! The sore throat is (almost) gone. The car is fixed, and for only $46! It doesn't get much better than that, and my insurance covers the tow.

I got three pieces of paperwork in the mail that had to go out by the end of February- a day early! I rode my bicycle to the post office to mail them. That may be the earliest for the first bike ride of the year since we moved to Michigan (a year short of half a century ago)

I wrote two chapters in The ABZ Affair, which leaves only two or three to go.

I did laundry and dried the clothes outside- in February! The temperature rose to over 50 degrees, and the sun shone.

The car was fixed just in time to get to handbell practice (the director is back from vacation), and then tonight was writers' group.

There was time between the two meetings to scoot down to the beach. I thought I was going to miss the sunset, but the timing was just perfect, so I get to bring you a treat. Sunsets over Lake Michigan are pretty special. In fact, west Michigan is called "the sunset side."

This is perhaps my favorite. I took several with benches in them, but in this one the light is reflecting from the seat. 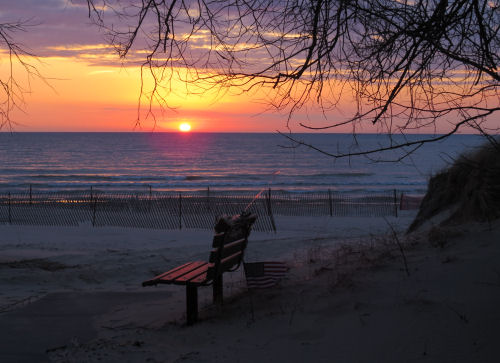 Then, I backed off to give the wider view. The lighthouse is just a tiny speck about a quarter of the way in from the left. What ended up being striking about this shot is the curl of the sand fencing, and then the bars of sand, fencing, shore, water, clouds. 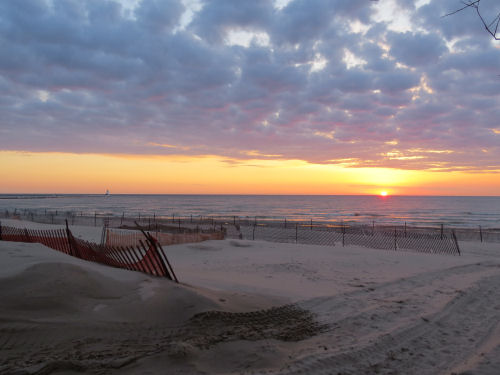 I tried to catch a picture with the waves coming in, but they weren't very high tonight. This was the best. 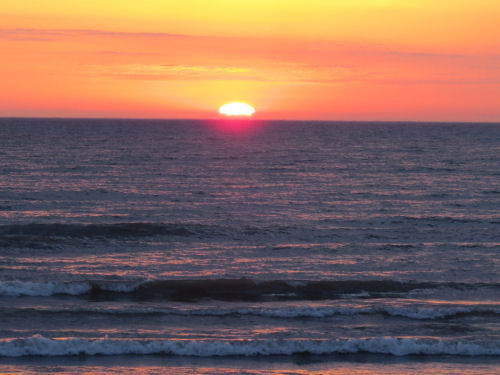 The color grew in intensity until the last little molten spot of sun extinguished in the water. 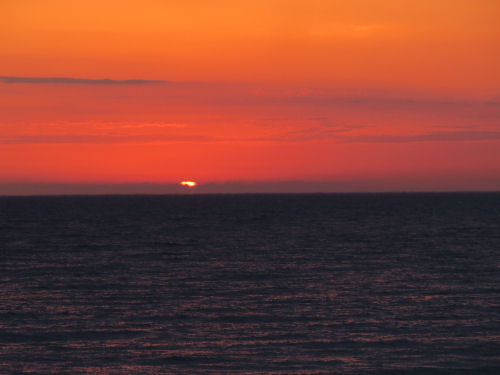 Wish all days could be so productive! I know life doesn't work like that, but I can always dream, right?

A picture perfect day and you've got pictures to go with it :)

Oh, those photos are so nice! So inviting! You have been so productive this winter, Shark. You are certainly an inspiration!