It's hard not to think of spring when the temperature is in the 50s. I thought I was going to get an interesting picture of a bird, but it's only a crow. However, the tree does have swelling buds already. That's probably not good, this early. 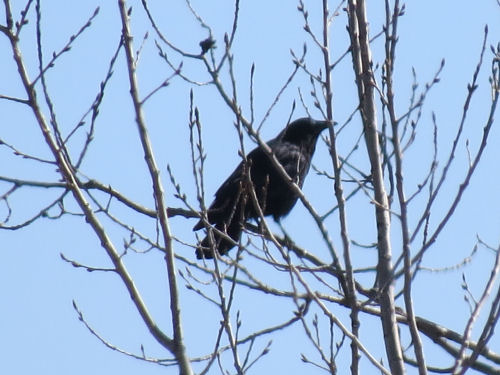 He was hanging around the fenced wetland, which is breaking free of its ice, and shining in the sunlight. It's awfully tempting to think warm thoughts. 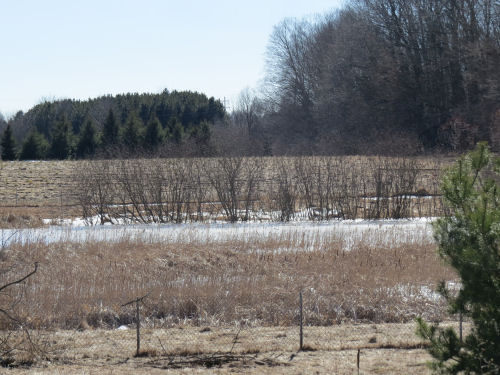 In other news: Work was long, but that was good. We haven't had many hours since Christmas. Then I spent time trying to sort out the insurance stuff from Joshua's accident in November. Such a hassle! Grocery shopping after that, and I seem to be done. Had hopes of more accomplishments, but I've mostly sat around and read a book.

I like seeing even a routine crow. The birds seem to hide very well around here.

It's been rather spring like here the last few days. Supposed to get cold today though so I tried not to hope for much.

But it's March now; may I think Spring?