Today we spent the day with Randy and Annette. They fed us breakfast at their house and then we went to see "The Wall." This is a memorial built over the course of 27 years by one man, Tom Hendrix. 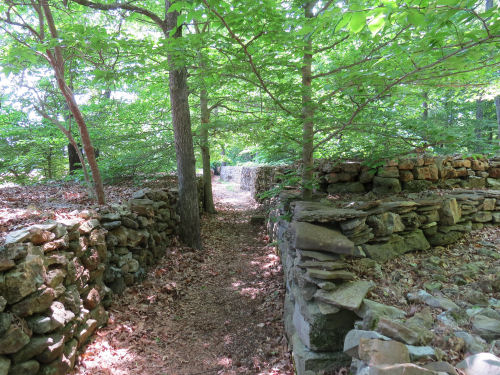 His great-great-grandmother, Te-lah-nay, was one of the Yuchi Indians sent west along the Trail of Tears in the 1830s. But she was unable to adjust to life away from the Tennessee River. The Tennessee was known to their tribe as the Singing River for the music it made before the dams were built. Te-lah-nay said she could not hear singing in the rivers of Oklahoma, so she began a journey all alone, back to her homeland. It took her five years, but she did return. This wall commemorates her trip. It is winding in places as her travels were, and there are resting places along the way. 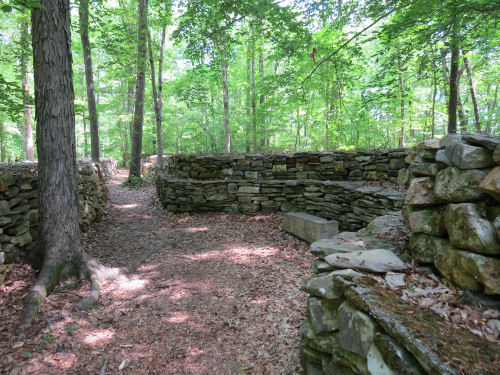 These rocks are all naturally formed like faces, and Tom placed them in one location to represent the spirits of the grandmothers. 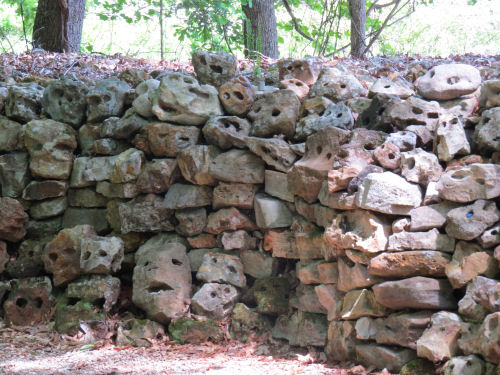 Many people who have visited have brought rocks from around the world to leave as a tribute to Te-lah-nay, and others on the Trail of Tears. 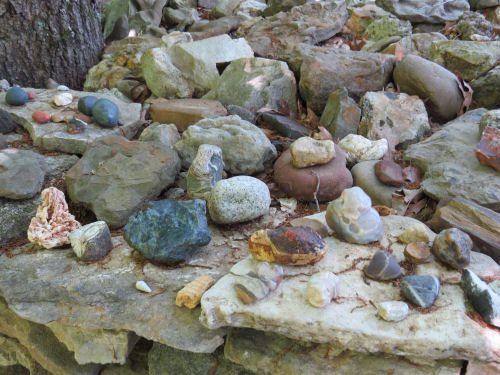 I bought the book of her story called If the Legends Fade.

After that, we went back along the river. These are not the exact bluffs I hiked above the other day, but are less than a mile from there. As you can see, there are private homes atop these. Both of these were actually designed by Randy, who is an architect. 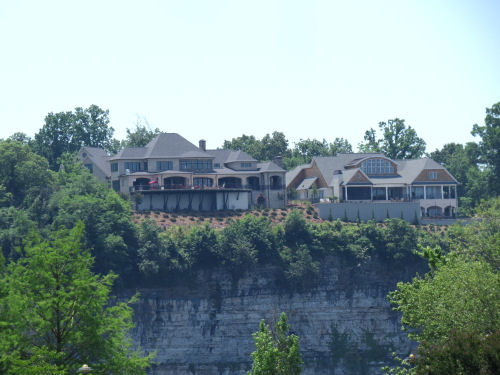 We drove up there to check out the view.

After lunch, we went to tour an antebellum house called Belle Mont. It was built in 1828. There is still a lot of work to do to restore it, but it was interesting. It's built in what's called Palladium style, which means there are two wings that reach back from the front of the house with a courtyard between. They didn't want pictures taken inside.

The ceilings are about 15 feet high, and the doors about 4 feet wide. They've managed to collect some period furniture, and there is a portion of the original wallpaper from France that has been preserved.

It was smaller than you'd expect from the picture although the rooms are fairly large. There was a grand hall/entrance and three rooms in each of the wings on the ground floor. On the second floor is just the one front room.

The kitchens were all in separate buildings outside and no longer exist. There is a photograph of one of the slave cabins that was still standing in the early 1900s, but no one has yet determined exactly where it was located. 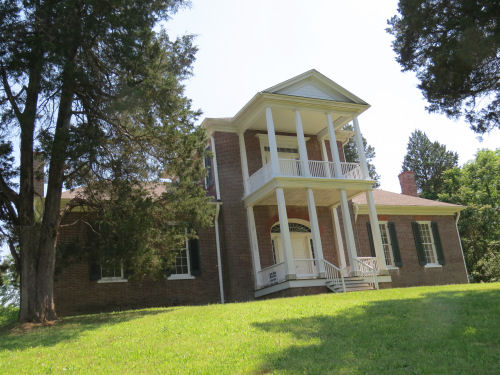 We finished one of Loretta's other odd jobs, and that took care of today!

wow, that wall is amazing and a fascinating story to go with it.