And so, this year's book sales events begin. Michigan Authors have a nice little subdivided booth space at the Lansing Women's Expo. It's the first time I've done this event, which lasts three days. Traffic was moderate, with some down times. In the slow spaces, Andrew Smith helped entertain us. The huge boxing gloves from the booth across the way were fun. 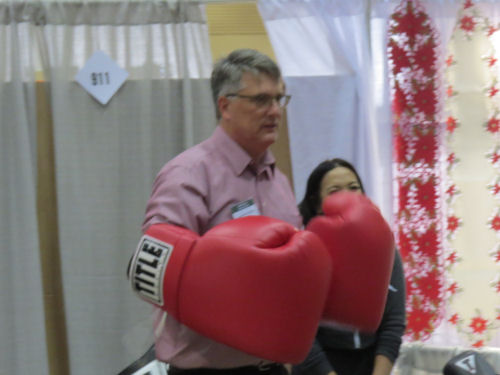 I met Ron Rodemacher who writes about Michigan Back Roads. Neat books. His sidekick is Bob the painted turtle. 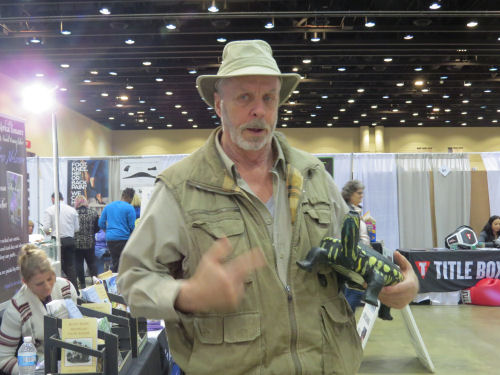 There were occasional fictional characters walking through. I saw Batman and Catwoman, and another lady in battle dress. This appears to be a Southern Belle, but I don't know if she was supposed to be a particular one. She's posing with authors Andrew, Jean Davis, and Lori Hudson. 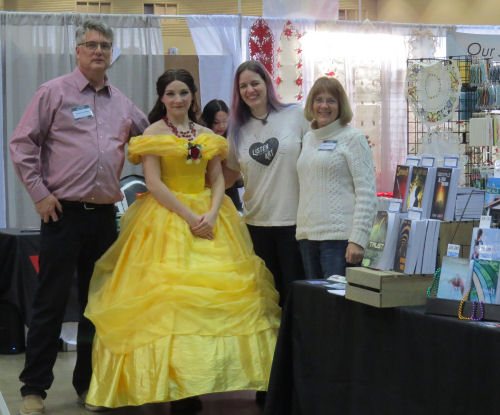 Now I'm spending the night with a trail friend. Two more days of the event. I haven't broken even yet, but hopefully Saturday and Sunday will be busier.

I hope you don't get hit with the snow that we're getting here this weekend.
That girl in the last picture, my guess is she is dressed as Belle from Disney's Beauty and the Beast.