I couldn't find the older picture I took when this project first started, but something has been afoot across the road for over a year. All the trees were knocked down, and then nothing happened until this month. This was two weeks ago. 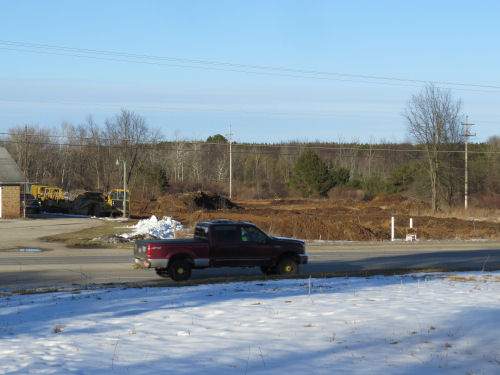 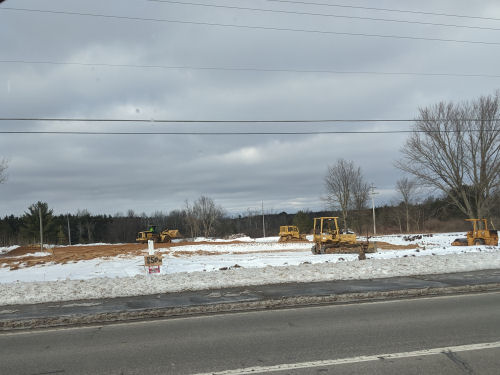 Interesting that things don't look a whole lot different, but they've been working a lot- truckloads of dirt coming in, leveling and building up a site.

I think I know what's going in there. I've heard rumors that I've had semi-confirmed. But I won't spout off until I'm more certain. I'll just say that on one hand it could be a handy place to have nearby, but I am grumpy about any further commercialization of "my world." My kingdom has been severely curtailed in the last couple of years, which I haven't shared about since it's not a quality topic. I'm thinking about the joys of downsizing, and outmoving to where there is less civilization.

In other news: I ran the snowblower, managed to spend some time on office work, got groceries, ran errands, and had bell choir practice.

I hate seeing property being developed. I mean I know we need certain things but I prefer wide open spaces.

I like this place. Our secondary road has little traffic. "Civilization" is not that far away.