I'm going to introduce you to this building the way I discovered it. As I was crossing the Skywalk, I looked over and thought, "what interesting doors." 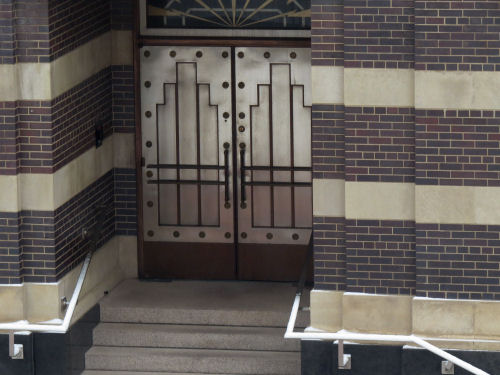 After I had made a couple of trips to get all my stuff from the car to the venue, I looked at the building a little more, and realized that the shapes of the windows followed the same design as was on the doors. 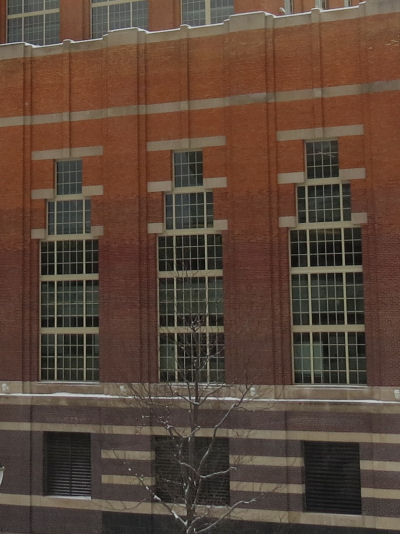 Then I realized that both of those were echoes of the shape of the entire building. 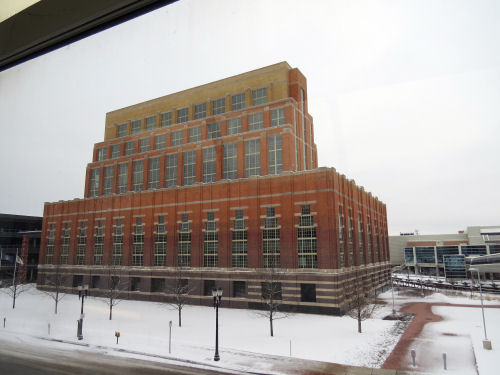 When I looked up what this was, I found out it's a rather famous example of Art Deco begun in 1937. It was originally the Ottawa Street Power Station and it had a big smokestack on the top. The colors gradate from a foundation of polished black granite (which you can see more closely in the door picture), through purple brick, then to red and tan. This is supposed to represent the combustion of coal.

Although Lansing still generates its own power, this facility ultimately became too small, and a larger power station was built. However the building was renovated and is now the offices of the Accident Fund Insurance Company of America. The building has its own Wikipedia entry.

And now, a big shout out to Joni and Ping-ping for hosting me while I was in Lansing. We didn't have time to hardly even visit, let alone take a little hike or anything, but it was a wonderful place for me to stay. 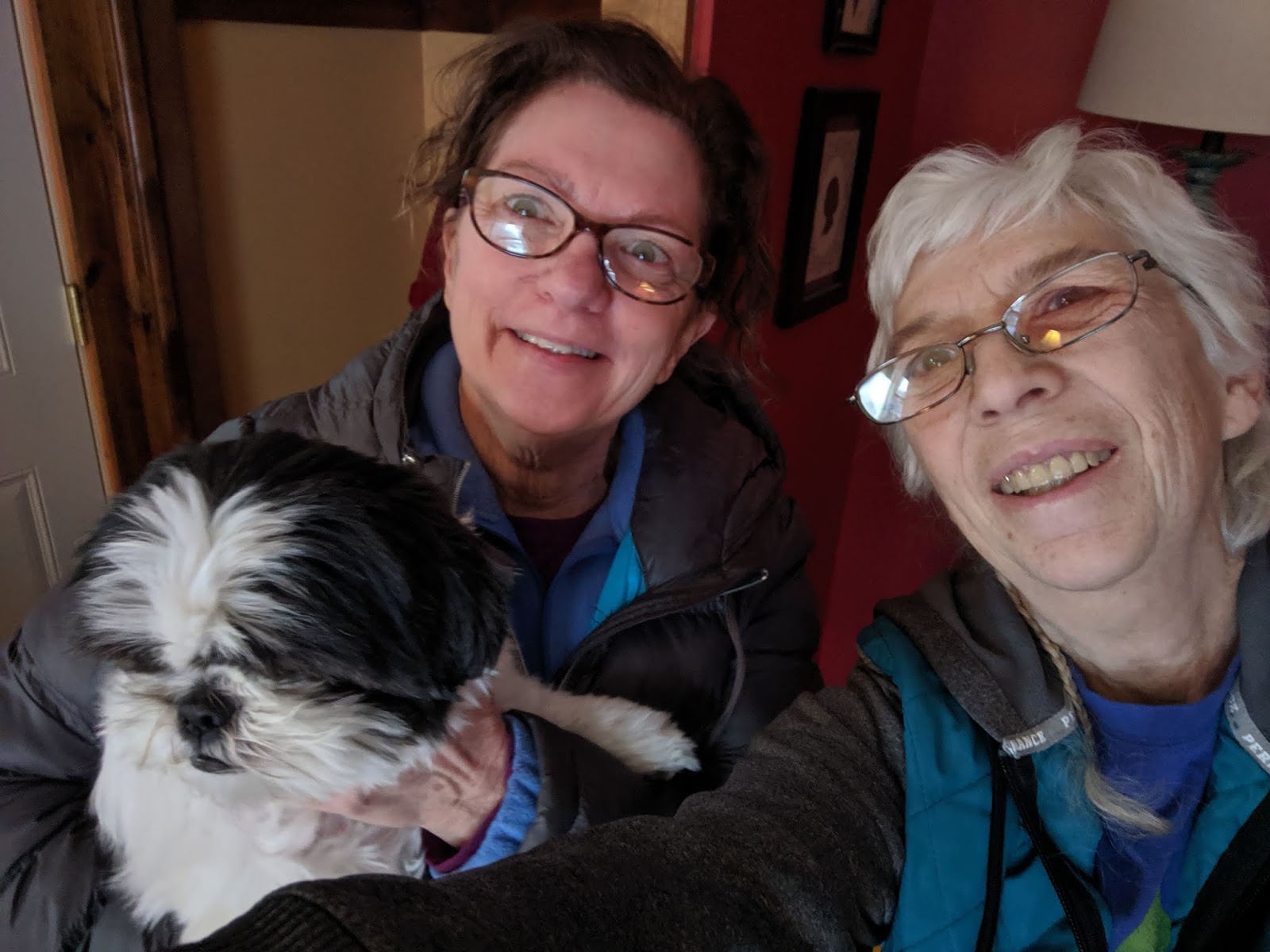 In other news: I chilled with Chuck and Sylvia for part of the day and then drove home. Haven't done much else. Better get back in the harness tomorrow.

That building is really interesting.