You know one of my alternate nicknames is Ray, Junior, because of how much like my father I am. Well, not all of those characteristics are great. One that I seem to have gotten in full effect is the delay factor. Mom and I used to tease Dad about it all the time. Apparently, that did not help me avoid catching it.

Dad would never use something new right away. He would put it aside until it was really needed. He died with unopened dress shirts in his drawer. He eventually started using a brand new hand cultivator in the garden, but it was years after he bought it.

Why? I can only guess. The old item wasn't quite worn out? He wasn't sure he could make the new item be 100% satisfactory? The demon we know is better than the demon we don't know? Inertia? Pick one or more. Think up your own.

Anyway, I bought a replacement faucet for the kitchen sink 5 years ago. The old one hasn't been spraying water, but it has become increasingly difficult to shut off completely. 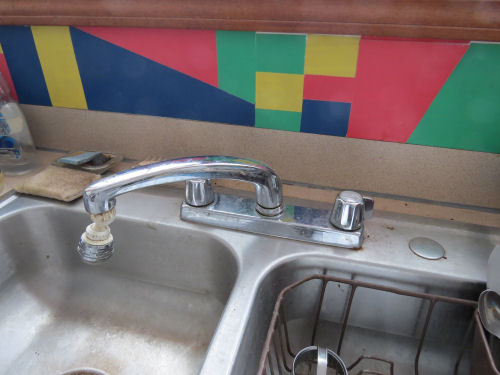 OK, the project was originally stalled for lack of a basin wrench. I didn't want to pay $30 for a tool that wasn't going to be used more than a few times in my life. But then a couple of years later, I found a cheap one. Sure, it wouldn't last long if in a professional's toolbox, but I just want to replace one faucet for now. 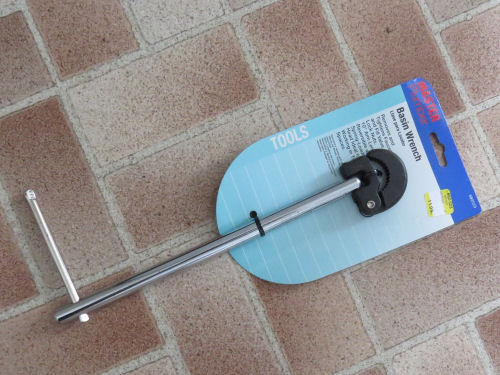 This is a nifty tool which allows you to reach up beside the sinks from below and get hold of the nuts that hold the water supply lines, and the anchors that hold the faucet unit to the sink unit. 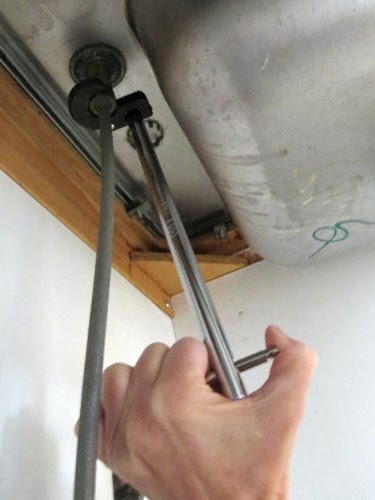 Got the old faucet off, and there was a ton of calcium crud on it- which doesn't matter. It's junk. However, there was a corresponding amount on the sink where it had been sitting. 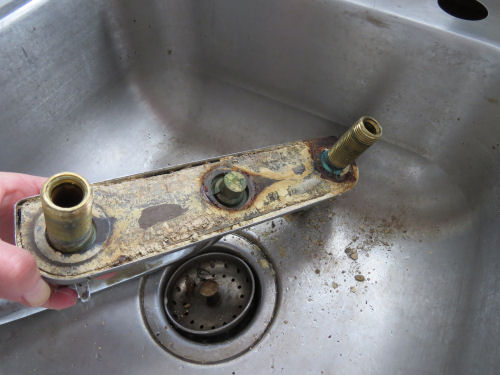 Not a problem. I little brush work and some vinegar and I had that cleaned up. There's a tiny bit of corrosion, but oh well. Here's where I should tell you about the sink. We'd always had an enameled cast iron sink. Great for breaking dishes, getting stained, and generally being a pain. So, when I knew we were going to be building this house (in 1990) I walked into Home Depot one day, and this sink was on sale for $24. It had a scratch. Needless to say, it came home with me, and I certainly can't find the scratch any more. 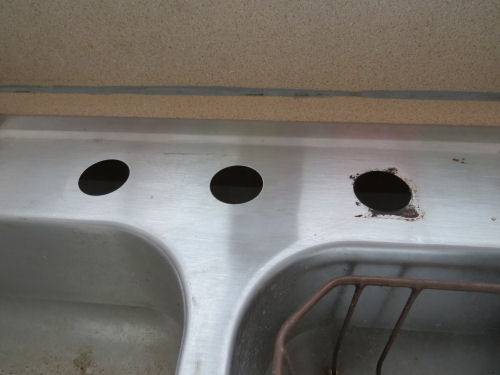 The supply lines were long enough and not damaged. The shafts were the same size. The whole thing went back together with no glitches. Then I really cleaned the sinks. Yes, both of them. 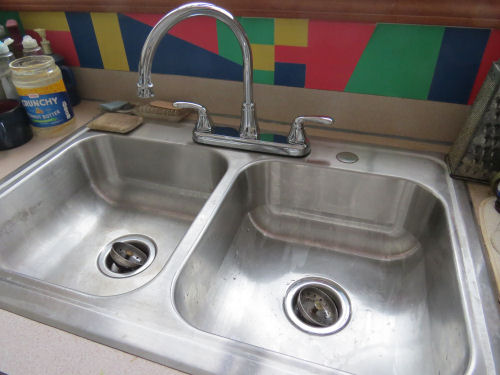 Since I'd had to empty the cupboard under the sink to work there, I cleaned that too. It no longer cleans up like new, but not too bad. 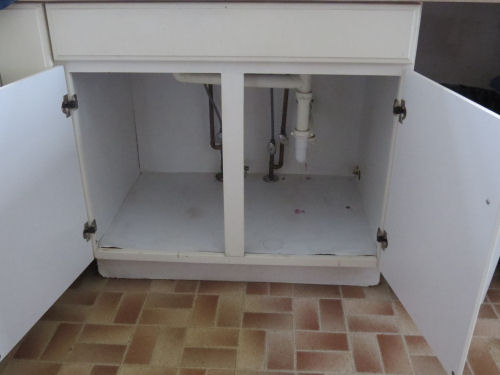 Sorted and put all the stuff back. And I think I've found a spray nozzle that will fit and looks nice for a reasonable price. 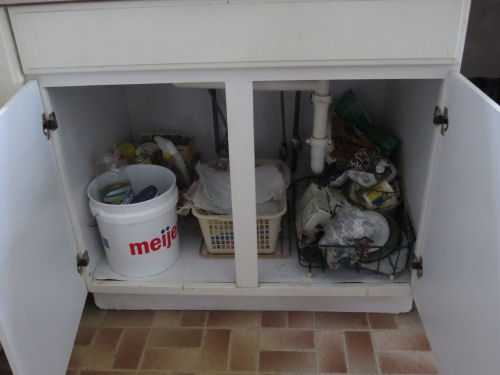 Total time spent- about 2 hours. Any reasons this has taken me five years to accomplish? Only the basin wrench, and I've had that at least three years. Done! Woohoo!

In other news: I worked on accounts, and some volunteer stuff, and one big book item. I'm re-doing the drawings for the first three kids books in ink instead of pencil. Got one of the hardest ones done today. You'll see it eventually.

Wade replaced our kitchen faucet several years ago and he complained about what a pain it was. He had to have someone come over and help him hold things. I think he could have used that cheap tool.
Your sink looks just like mine and your new faucet is the same one I have.

Hooray! I'm glad the project went better than expected and the tool worked well. You are so talented, Sharky! I love that you do these projects on your own.

Who knew there is a tool for that. Oh, the aggregation I might have avoided.
Nice job, Sharkey!