My big ticket piece of hiking equipment this year is a new backpack. I am in serious mourning for Shamu, but he weighs 9 pounds empty, and I just need to take off some of the weight at this point. This one is named Modestine. I'll tell you why in a minute. It's a Gossamer Gear Mariposa 60 liter pack, and it weighs only 2 pounds empty. 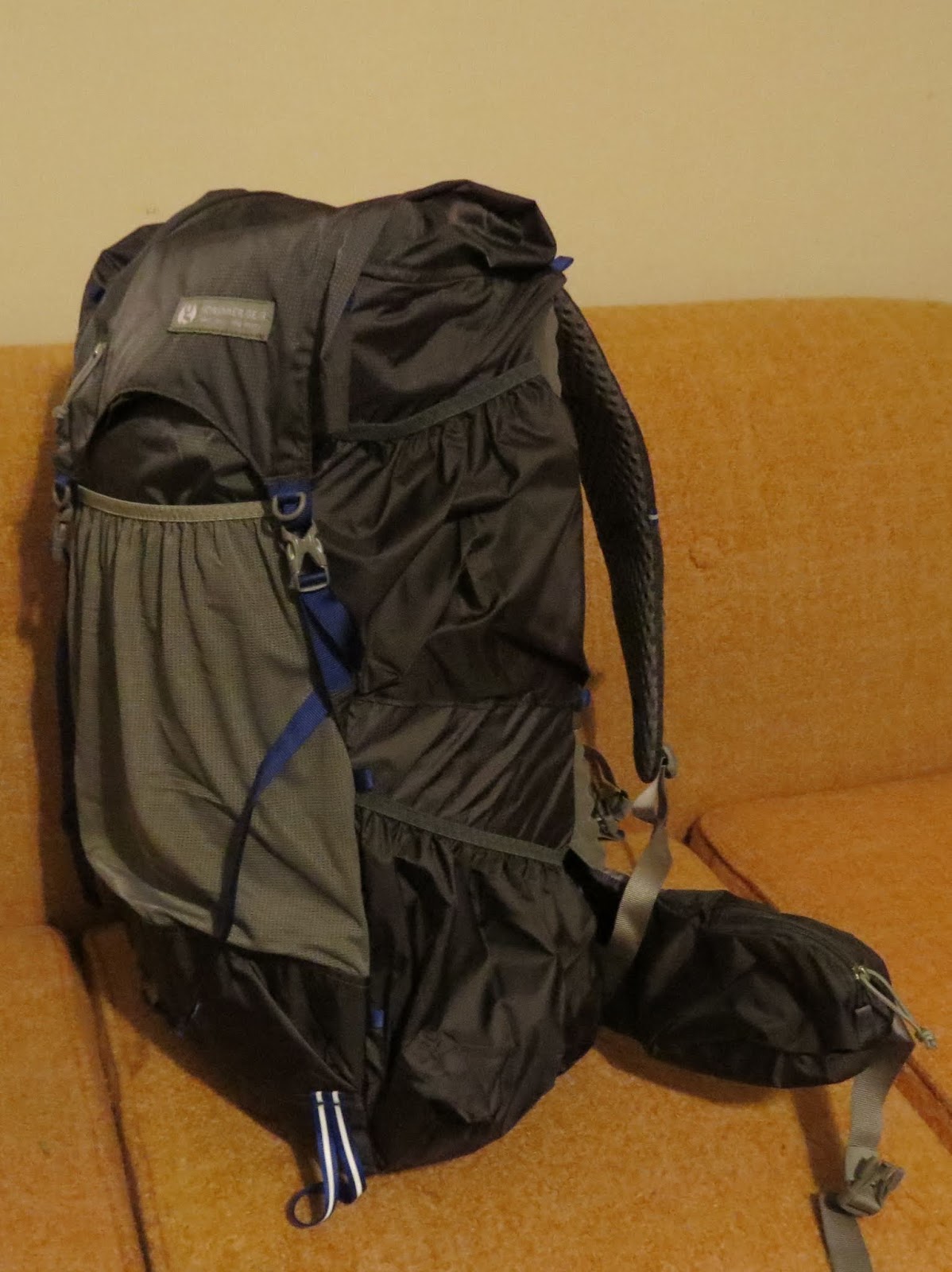 I haven't had time to play around with the pockets and things, but here she is with the big basics: tent, sleeping bag, sleeping pad, and chair frame inside. You can also see the top bar of the minimal internal frame. 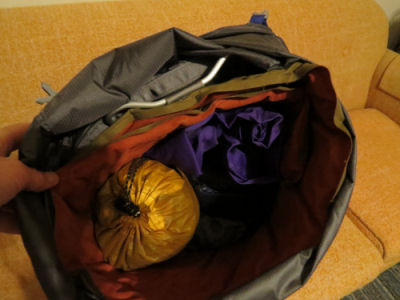 First, let me tell you why I chose this pack. I HATE most of the modern ultra-light packs. Most are nothing but a nylon pillowcase with a drawstring slung onto some straps with a hip belt. No. Just no. I want pockets to keep my gear organized. I want a basic frame. So, I contacted Jennifer Pharr Davis (record holder for fastest Appalachian Trail time, and a great person, too). She and her husband, Brew, now have an outfitter operation in North Carolina. She commiserated about having to give up a favorite pack. I told her what I wanted, and she recommended this one.

It also has an option to order the pack and the hip belt in separate sizes, which was a big plus to me. I am very long-waisted, and I did the measurements and got a medium pack with a small hip belt. It fits perfectly!

Now for the name. Did you know that Robert Lewis Stevenson wrote what is considered to be one of the very first "hiker stories?" Maybe you did, but I did not. How could I have been unaware of this? Seriously? Anyway, it's called Travels with a Donkey in the Cevannes. When he was in his 20s, he bought a little donkey and took a 10-day hike through the Cevannes Mountains in southern France. The book has become a classic, and his route can now be hiked with much less difficulty than he had in finding the correct roads.

So, I had to buy the book! Most of it is charming, although near the end it gets into a lot of local politics. I can't really fault the book. One takes whatever entertainment one finds when traveling on foot, and that's what he encountered from the locals. That said, the squabbles of the Catholics and Protestants in France in the 1870s isn't high on my interest list. I'm sure you are shocked. You thought I was interested in everything.

Here is one of the illustrations. 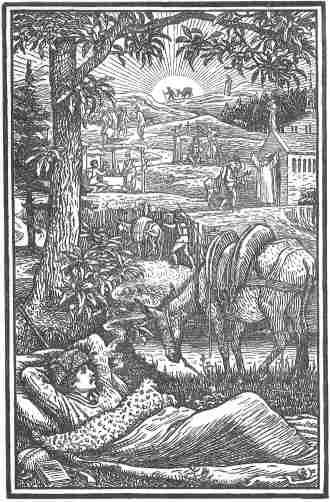 The donkey's name is Modestine. She is small (not much bigger than a large dog) and gray. My new pack is small and gray. I think her nickname will be Teeny, but for formal occasions, she goes by Modestine.

Stay tuned for more as I learn how to pack things. She fits perfectly. I just hope all my gear works in the spaces where I want to put it.

In other news: I worked on my list of so many things I have to get done this month, and then I did errands, bell practice and writing group.

That's a big difference in weight. Perfect name for it too.

I remember giving up the pack I used from boy scout days until about age 39. Sad day! Now I have 3 different packs and still each one has little things that irk me. I just reserved the donkey book from my local library. Sounds like a fun read.

Interesting back story on your back pack. Looks nice too.

Isn't it wonderful when you find a good piece of equipment?! It's like a tiny miracle that keeps on giving. Here is many happy travels with Modestine!

I ended up here through a later post, but am very intrigued by this pack. I too have a long torso. So much so that finding a one piece bathing suit is near impossible. I will be checking this pack out. Thanks!