What a crazy day! The coronavirus mess is nuts. They shut down the entire Women's Expo at 1:30 today. There were very few people in attendance, but over the 250 prescribed by the governmentally imposed shutdowns. With over 300 vendors trying to leave all at once (many of them angry), it took over 2 hours for me to get out of there.

Meanwhile, I had told my friend Robert that I had plans for the evening (I was going to another author's house), but when they cancelled the whole Expo I called him back. It sure is nice to have a friend with a membership at Meijer Gardens! Their famous butterfly exhibit is in full swing. So we have to interrupt the flower show for a flying flower show.

There are 27 species of tropical butterflies loose in the conservatory. We went, of course. I'm pretty sure I saw 14 of them. Getting pictures is another matter! Here's what I did catch in fairly good focus.

There are several species with the common name "Postman." This one is Heliconius melpomene aglaope 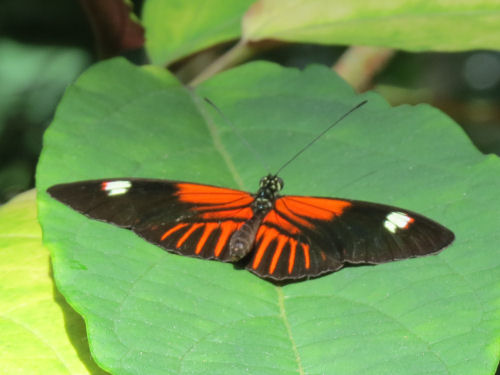 The chrysalises are shipped in and kept in a sort of incubator room. Yes, they have been sorted by species. The caterpillars don't arrange themselves so neatly! 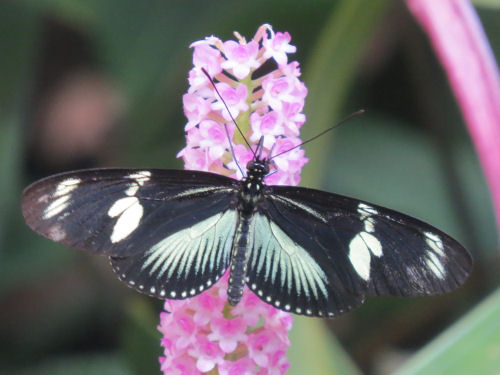 My favorite was the very large Common Morpho, Morpho peleides. Common in Mexico and South America! Almost every time one landed it closed it's wings, and the blue was gone. But this one landed on my back! Robert got a picture. It's getting old- you can see how ragged the wings are. 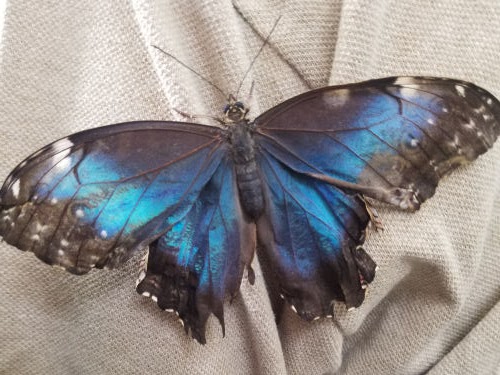 When they land and close up, they are brown to dark brown with spots on the underwing. This picture also shows one of the ways they were being fed, with trays of fruit placed around the conservatory. 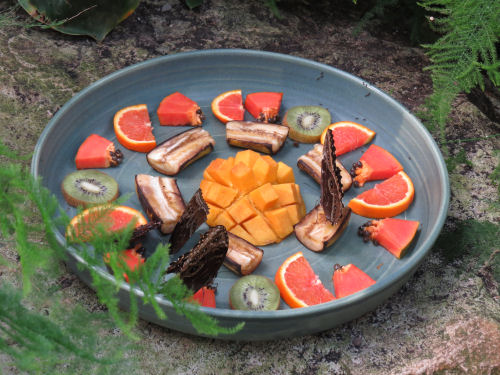 This is the Golden Helicon, Heliconius hecale. Their chrysalises are a metallic gold- which seems very unusual for a biologic color.

Another Postman, a different sub-species. 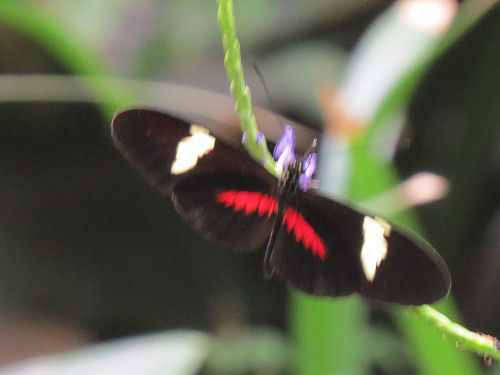 I'm showing you this even though the picture is crummy. The butterfly is open and flat on the plant. It's a Zebra Mosaic, Colobura dirce, also from Central and South America. Sort of creamy with black stripes. 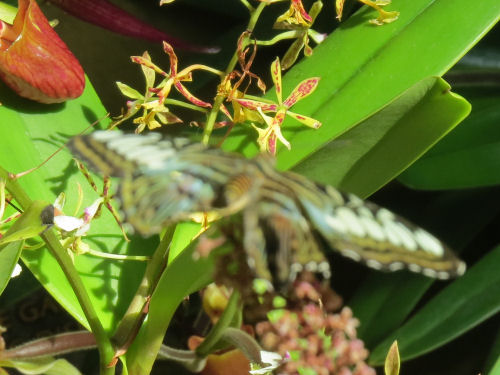 Finally, the best picture, the Tree Nymph, Idea leuconoe. This one is from Southeast Asia. 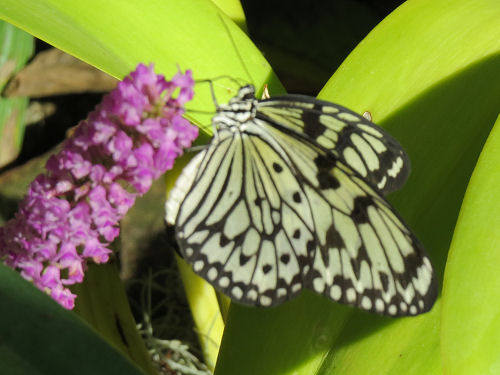 After that, we went to Reed's Lake, had sandwiches at a popular restaurant, and walked part way around the lake. Then I drove home. 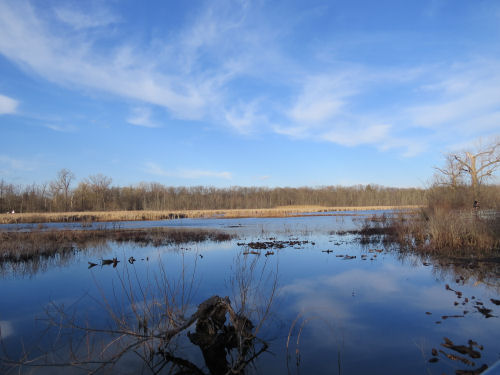 So, the day was not as planned, and I lost a ton of money (as did everyone), but the ending was pretty nice.

Wow! It took you two hours? I got out in just a few minutes. Guess I left just in time. It sure was a mess though. Ugh. I hope they attempt to make it right with the vendors in some manner. There were a lot of small businesses that I'm guessing, like us, didn't have money to throw away - money that could have been refunded if they'd chosen to cancel a couple days ago like they should have. As disappointing as that would have been sales-wise, at least we wouldn't all be so far in the hole.

I wondered if they'd have the butterfly show going or if that would be canceled too. Glad you found something fun to do while you were in town. We've been to that several times over the years and it's always a lovely time. So many butterflies to see.

It's sheer madness how the panic has spread and things are being closed and cnacelled. I think in the end there is going to be a lot money lost and small businesses are going to be hit the hardest.
I enjoyed seeing the butterflies though and that was a nice afternoon for you.

It took me a while to get out of the Expo. I hope they refund the money, because the show should have been canceled. I've been questioning it since Monday.