This was one of the commercial exhibits at the 2020 Philadelphia Flower Show. It was also one of my favorites. Mostly because of the bright colors, but it had dense floral arrangements and stuck closely to the show's theme of Riviera Holiday. It just worked well for me.

"Le Strade delle Cinque Terre," The Street of Five Lands is based on the custom of Italian fisherman who painted their homes bright colors so they could easily identify them as they came into port. The houses are also perched on terraced cliffs, so it's a visual feast for anyone. Here is the display from a distance. 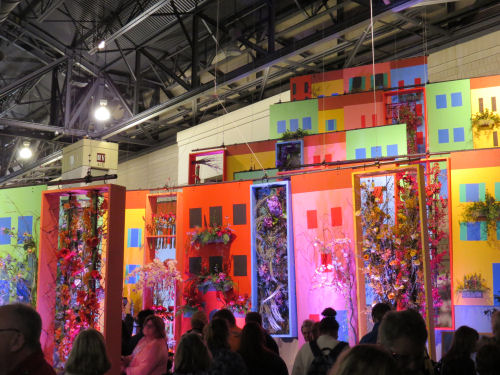 Here is a picture I found of the actual cliffs. The five villages are Monterosso al Mare, Vernazza, Corniglia, Manarola, and Riomaggiore. 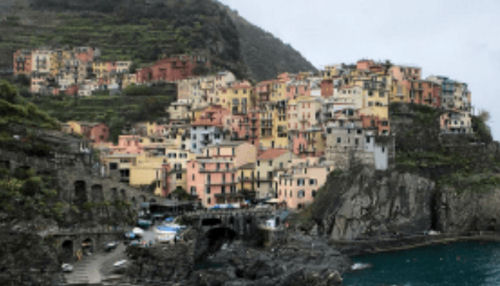 From a distance the display looked quite flat, but closer, you can see that it was set up in layers, and you could walk between most of them. 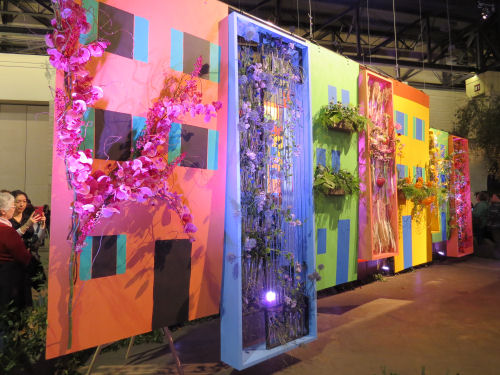 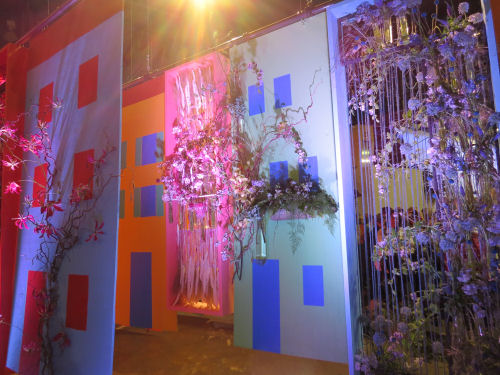 This exhibit was created by Schaffer Designs of Philadelphia, and it won several awards. One was for the quality of the floral material. Two of my pictures yesterday (red and yellow) were from this display.

Here are two more sections of the mono-color panels. 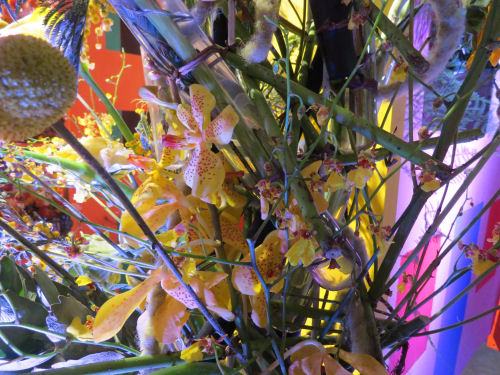 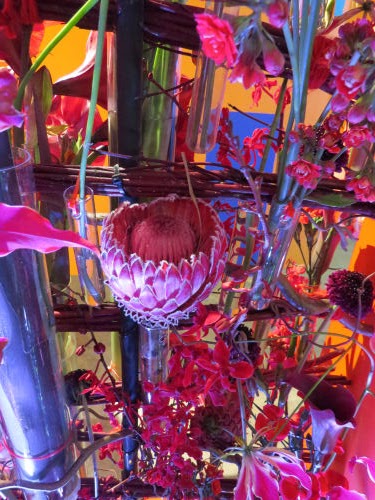 My favorite was the blue one, because there is so much motion in it, not just because it's blue.

Finally, The exhibit reminded me of the set we created in college for the play, The Fan, a comedy by Goldini. One of the theater professors designed it, but it consisted of houses in colors like this but with tilted or trapezoidal shapes, and forced perspective as the street disappeared upstage.

I think this was my second favorite exhibit. I'll save my favorite for later.

In other news: I wrote in the morning, packaged and mailed more books, walked them to the Post Office, went to the bank, and got ready for tomorrow. I have to leave at 6:30 for the West Michigan Expo, which is not cancelled, thank goodness.