This sort of counts as a new plant on my trip. I'm pretty sure I've seen it before, because I KNEW the leaves. But I've certainly never seen it in bloom. It's one of the beautiful but annoying (because the seed pods stick to your socks) tick trefoils. This one looks particularly messy when it grows. I'll explain why in a minute. I saw this in northern Ohio. 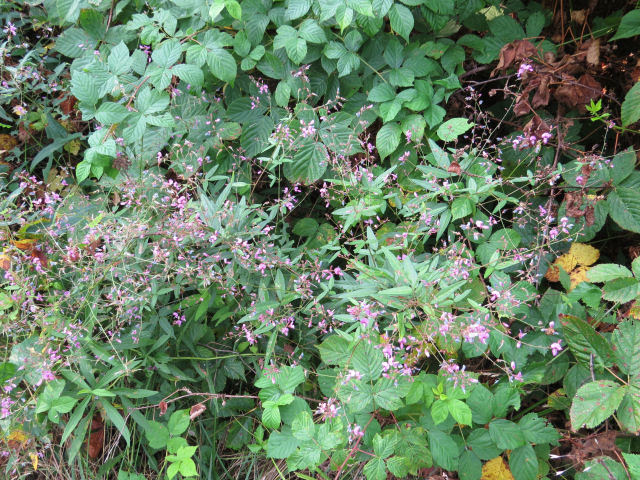 Pretty little delicate blossoms. Clearly in the pea (legume) family. All the tick trefoils are in the genus Desmodium. This one is Desmodium paniculatum. Look at the base of each set of three leaves (trefoil), and you will see a little stem between the leaves and the main stem. This is a key feature of this species. 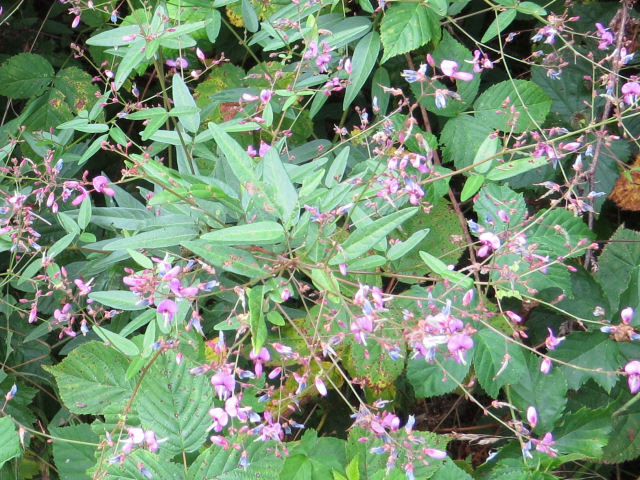 Sometimes Scientific names seem mysterious. But often they make sense. Desmodium comes from the Greek- "desmos" meaning a bond. The tick-trefoils are known for their clingy seed pods, often called beggar lice. And paniculatum means panicled. A panicle is a stalk. Panicled flowers have many branches. On this plant that characteristic is seen in the many horizontal stems which come off the main branches. And that is what gives the plant its messy appearance. 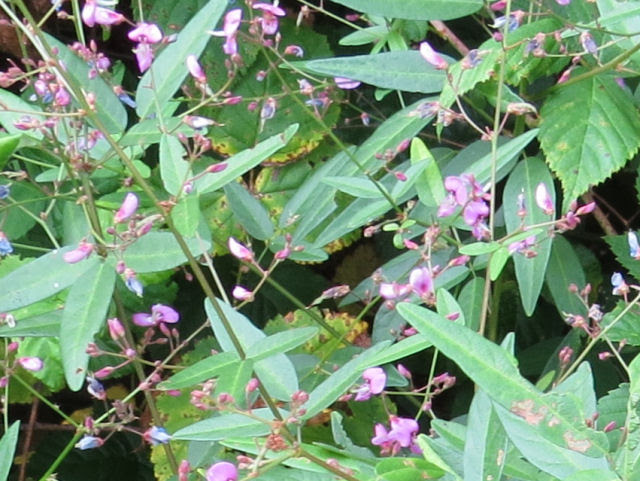 The seed pods of all the Desmodiums look quite similar. I'm not a good enough botanist yet to peel the pods open and differentiate the species by their seeds. But I would like to be!

In other news: I finished the Calhoun County Data Book for the NCT, and wrote most of a chapter in The Lonely Donkey. That might get finished tonight. We'll see.
Posted by Sharkbytes at 8:08 PM