Not Quite as Gray

Today wasn't quite as gray as yesterday. The sun put some effort into burning through, and it bored a flimsy hole in the gray a couple of times. 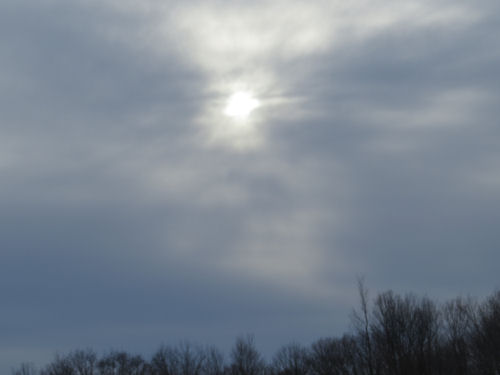 I walked a route that had a tiny bit different part. I started on the side of the road that gave me a view of the cemetery pond. You haven't seen many pictures of it recently because the shrubs have grown in so thickly you can hardly see it from the road, except in winter. (The rampant poison ivy keeps me away in summer.) 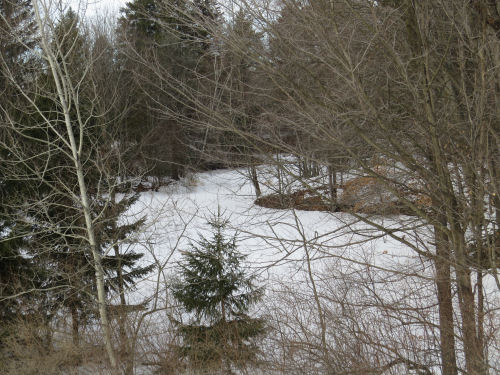 The "new" part of the walk was on Cedar Lane. (I've driven this road plenty of times but not for a while, because it is a dead end.) I expected the usual "joke" about it being named for something that was no longer in existence. However, there is a long line of planted white cedar along the first quarter mile of the road. Lots of Norway spruce and red pine and autumn olive too. 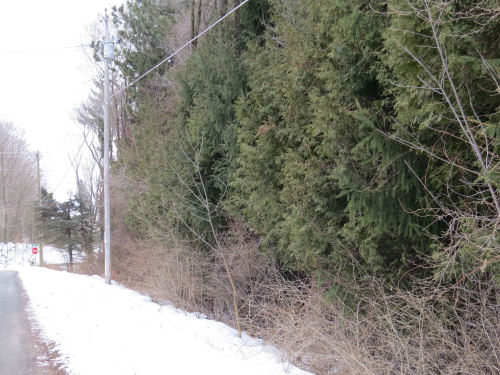 This road takes you down to the level of Hackert Lake. This was the best picture I could get between all the houses. I wish you could walk around the lake, but several stretches are private. This route made a fairly nice walk even though I had to just backtrack to get home, because it has a decent amount of topography for a walk near home. 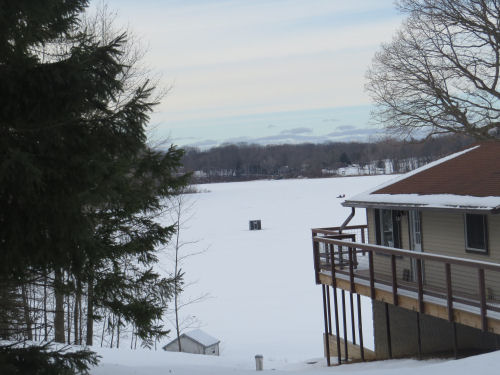 Saw a lot of sandhill crane tracks. It looked like a herd of them had stomped through this area. It's probably true. This is only about a half mile from where I know they nest. 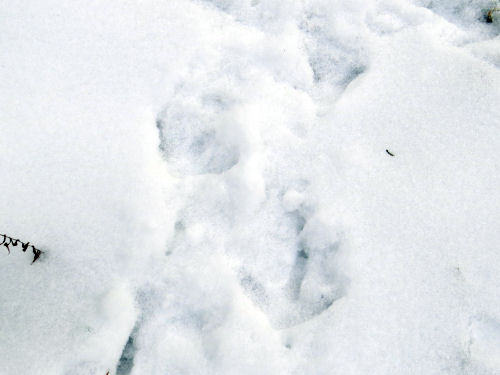 But I saved the best for last, even though it happened first. This morning's sunrise was picture worthy! 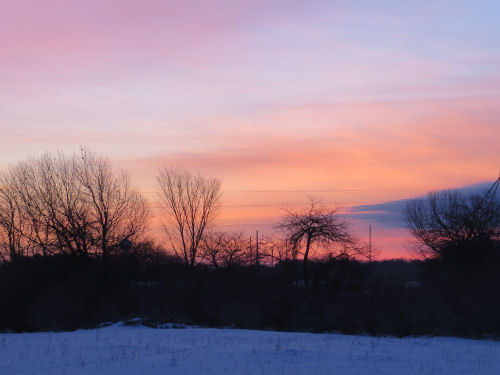 In other news: I wrote a chapter in the morning, and worked on two other projects in addition to the walk. If I could be this disciplined all the time, I'd actually get a lot done.

That is a pretty sunrise. What a great way to start the day off.

Yup- It got me out of bed to take the picture!

I love sunsets and sunrises
Thanks