When Did This Happen?


I was going to use some other pictures for today, but this one just had to be shared. We've known this couple, Dennis and Melody Nordine since the early 1970's. We tried to remember, this morning, where we met exactly, but can't quite recall. Probably at church 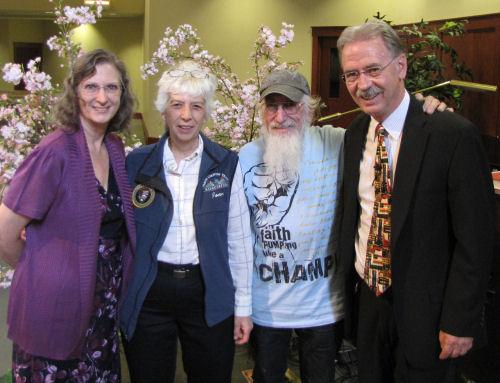 Dennis was the speaker at a local church today, so we went there to hear him, and see them for a few minutes. We got someone to snap a picture. But, when I looked at it later, I saw four well-seasoned souls. Now, I ask you, "When did this happen?" Last I knew, we were just four young, idealistic people starting out on life.

Now, they were home for the wedding of their youngest child. Home being the United States. They have been in the Philippines for decades now, at the Baptist Theological College in Cebu. We see them every few years when they are home on furlough 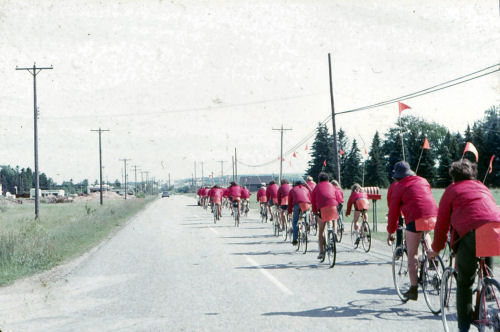 Om and I were leading bicycle trips every summer- taking teens all over the country. Dennis and Melody went as staff that year. 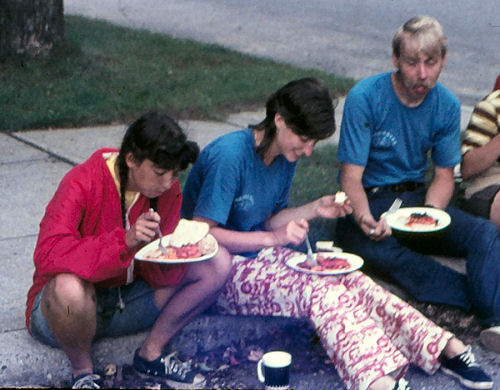 That's me on the left, then Melody and Dennis. No one looks his or her best when finally getting the chance to eat dinner after all the kids are served. Well, Melody looks cheerful. She always does! This picture also illustrates the reason that one of my personal life goals is to never eat off a paper plate again. 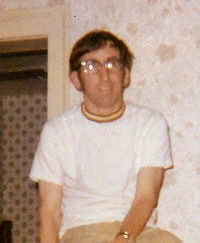 Om's not in the picture because he was the one with the camera. I had to hunt up one of him from the same era. It's hardly fair... he's clean and combed, but it's from the same year.

One of Dennis' points this morning was from Hebrews 10:23- "Let us hold unswervingly to the hope we profess, for he who promised is faithful."

I'm happy to say that we've all done just that. Dennis is having some serious health issues. If you believe in prayer, it would be great to say one for him.

Email ThisBlogThis!Share to TwitterShare to FacebookShare to Pinterest
Labels: friends

Time does march along. What an adventure though, taking that big a group of teens on a bike hike all over. I'd be tuckered out too! Hope your friend will be okay!

I must say that you have all aged gracefully. I like to think I have too but some days I am less graceful than others.

This has been the funniest post you have had since I discover MQD. lol

Isn't it great to connect with "old" friends? Maybe I should have said long-time friends. I look at pictures of us from that era. Like you, we have changed -- mostly in outward appearance.

Memories are wonderful, I love looking at old photos - Our Prayers and love for Dennis.

time do quickly pass, and it's great we have our memories to look back and inspire us. wow, you are doing great things now, never thought you started on these really young. will be praying for your friend, Dennis.

I think of myself as looking the same as I did 20 years ago until I look in the mirror. Time sure has flown by.
That was a nice little trip down your memory lane, thanks for taking us along.
Prayers for Dennis

Praying for Dennis. That verse speaks to me quite directly right now, btw. How nice to be able to get together with longtime friends (esp if they live far away). I love the pictures. Thank you for sharing your reminiscences. I always enjoy reading them. :)

Time *does* travel! Thanks for sharing your memory lane with us!

Time does have a way to sneak up on us, doesn't it?

Emma- thanks... at least I'm keeping up appearances. I pray for gracefully, but sometimes it's grumpily.

borris- funny to you! Wait ten minutes or so and you'll be looking back too.

Chuck- No kidding. I feel the same inside.

Carol- Glad you like them. I have lots. And thank you for the prayer.

betchai- thank you for the prayer for Dennis. I've been outdoors one way or another most of my life.

Ann- It is pretty funny how we don't think of ourselves as any different, but of course other people see the "old" us. Thanks so much for the prayer.

Ivy- Thank you! It's so worth it to know that 40 years later the promises have been true. Hang on tight (although it might be a bit like having a tiger by the tail)!

Rose- I think you are right. We stayed in the same place and time passed by.

Ferd- Glad you liked it. This one seemed to catch the attention of a lot of people. We all end up there... we all relate.

I think the four of you have matured quite gracefully! Blessings.

I love a good hike if I can bring my camera. lol I would have had to snap your "host" too!

Vanilla- I try to give that impression. Underneath I'm just a wild thing.

Judy- almost always something worth picturing on a hike!