Today the Spirit of the Woods Chapter of the NCTA put on a Trails Day event in Ludington. It was miserably cold, and not very many people came. Sigh.

We brought in Jim McGrath of Nature Discovery, and he brought five kinds of turtles, two kinds of frogs and several moth cocoons. He also had a live Prometheus female moth, which he is hoping will attract a mate this week. Jim is on the left, with his wife, Carol, talking with two of our members. 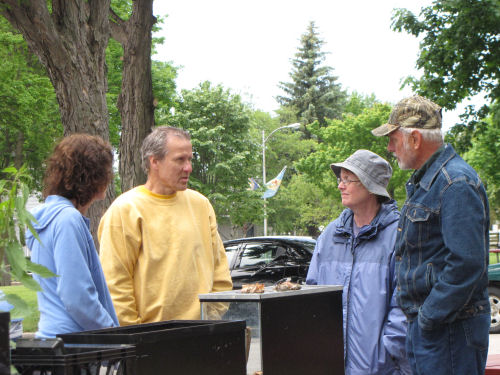 Despite the poor turnout, the visitors we did have were enthused. 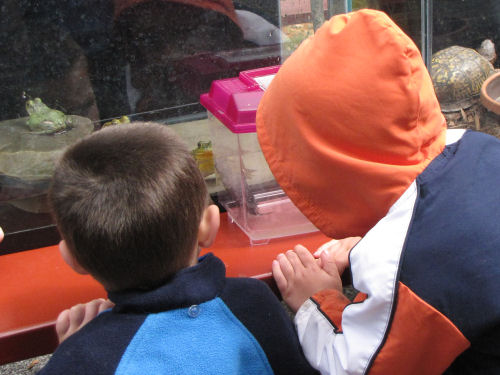 We were set up for a number of crafts for kids, and the children who did come really enjoyed making a variety of simple things. 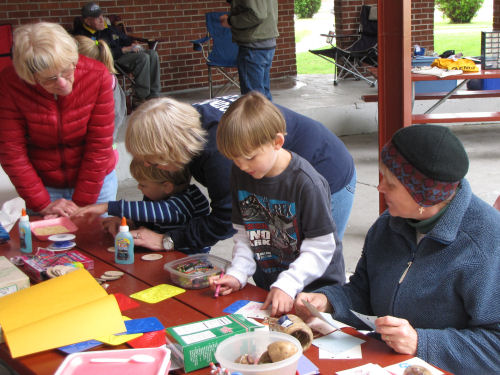 One of the most fun parts was giving the box turtles a chance to have their daily exercise. I think if there had been a few more maple keys on the asphalt they would have been nearly invisible. (No, we were not walking them in a road.) 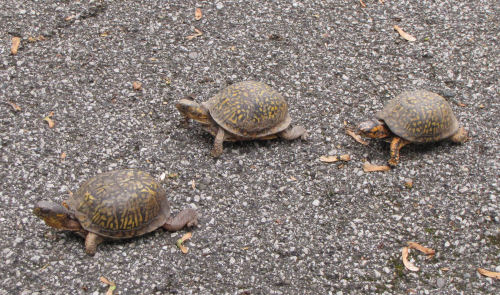 I came home and just vegged out for the evening. These events are a ton of work, and I didn't even do most of that work this year. It's so discouraging to do everything right, and have very few people come. So, this is about the quality of the day, not the bummer part. We had a couple people come who say they want to hike with us sometimes, and I had a great time with Jim McGrath, and learned quite a few new details about reptiles and amphibians. Because of the low turnout, we had lots more time to actually talk with him than when he's had to do full programs.

Email ThisBlogThis!Share to TwitterShare to FacebookShare to Pinterest
Labels: Spirit of the Woods, turtles, wildlife

It would be disappointing to put all the effort in to something only to have a small turn out but if at least one person walked away with a positive feeling then it was a success :)

Ann- We may have a couple of new hikers as a result. That would be great!