Om and I thought about doing this yesterday, but actually got around to it today. Someone sent me an email this week, telling me the Hart-Montague Rail Trail was paved for an additional 8 miles farther south than I thought. So I wanted to check it out.

It really is paved that much farther. Apparently it has its own name, the Berry Junction Trail. 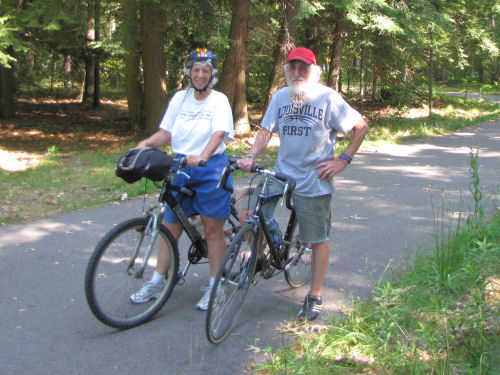 Whitehall has been creating a beautiful trail space with gardens, and an Art Walk. One of the new constructions was added last year, with this new piece of trail. It's called "Flowers Heaven Scent," and is made of metal. 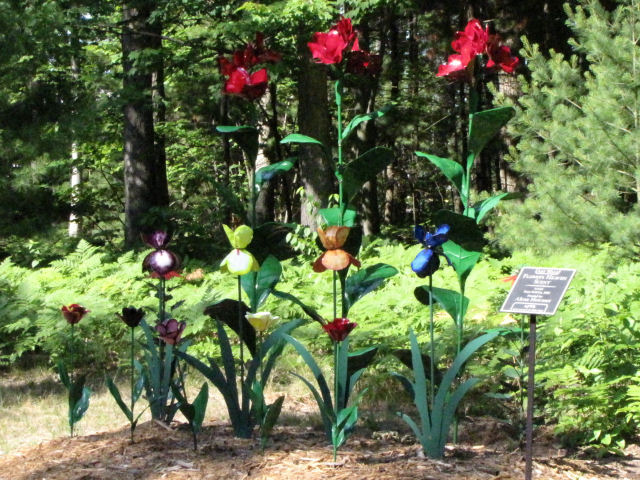 Also of interest is this real flower, the Michigan Lily. Really, it's Lilium michiganense. It's similar to Turk's Cap Lily, but has more clear orange. 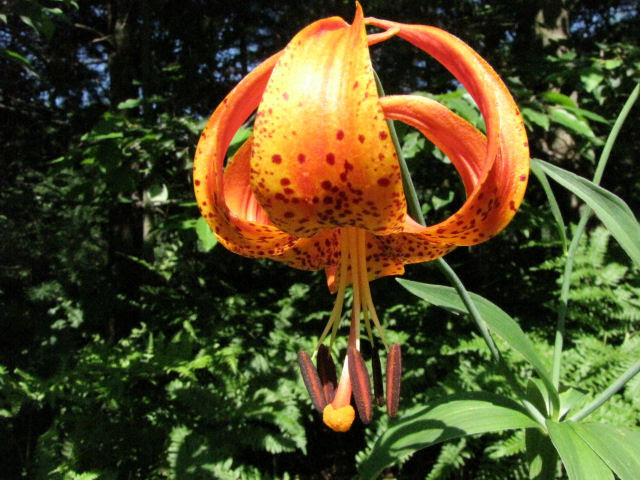 Om was more interested in this. The trail goes right beside Michigan Adventure, a smallish amusement park. But they do have a decent wood roller coaster. It's called Shivering Timbers. 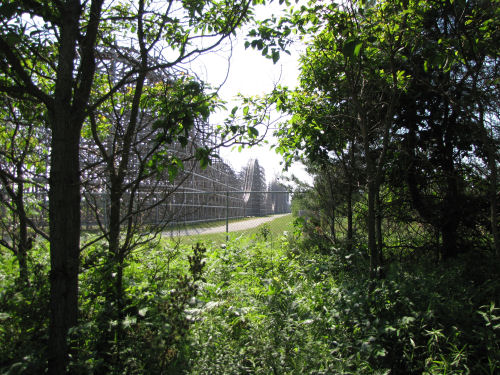 We were about two miles from the end of the ride, and saw ahead of us a guy sitting on the pavement, talking with a biker. We got closer, and realized we knew the guy on the ground! It was our buddy, Josh Schuyler. He had broken a wheel on his inline skate, and had to borrow an allen wrench from a biker to take it off.

What fun! He skated the rest of the way back with us. He's a great skier, and uses the roller-blading as a way to stay in shape for that. 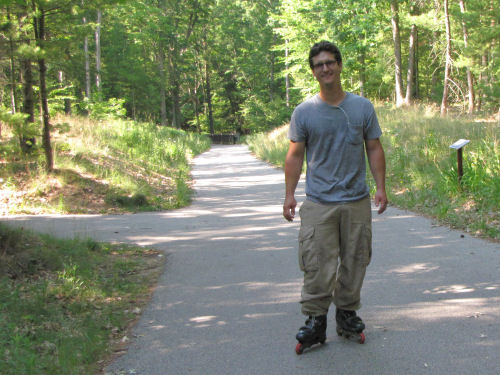 Only about 16 miles, but it was a lot of fun, and now I know about the trail extension. It just ends at a road crossing, but the ultimate goal is to connect with other trails that go to Grand Rapids, or Holland.

What a beautiful ride you had. Sure looks like fun to me.

it looks like a very nice trail to ride. It reminds me of the trail at Presque Isle.

The roller coaster takes me back to the first one I ever rode. It was similar to that one. I always thought the smaller ones were the most fun.

How fun! I love getting out on my bike. And to have a great trail--WOW!

Chuck- The weather was just about perfect, and nice smooth trail.

vanilla- always something to find!

Ann- There must be a Presque Isle in every Great Lakes state.

Ratty- I don't do roller coasters! You can go with Om.

Lin- you must have some trails. How about the DesPlains greenway (or whatever it's called)