I love milkweeds! The flower shapes are so unusual.

There are quite a few kinds- at least 13 in the US. I've seen 8, I think, but I don't have pictures of all of them. Yesterday I found one of the more uncommon ones in bud.

It's called poke milkweed, Asclepias exaltata. I can't really figure out why it has that common name. The best I can figure out is that the young plant looks similar to pokeweed. When it's this size, the two plants don't look anything alike.

Poke milkweed has the largest flowers of any of the species I've seen. The leaves are also large, and tapered at both ends. 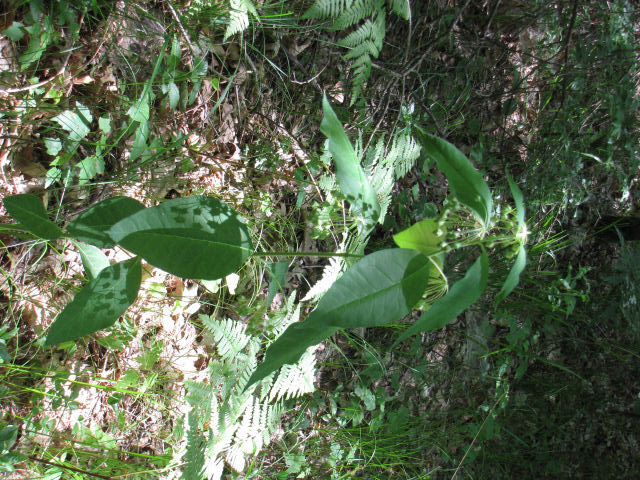 The flower clusters are very loose and droopy. Yesterday, I only saw buds. They are almost big enough to be like flowers, but trust me, they aren't open yet. 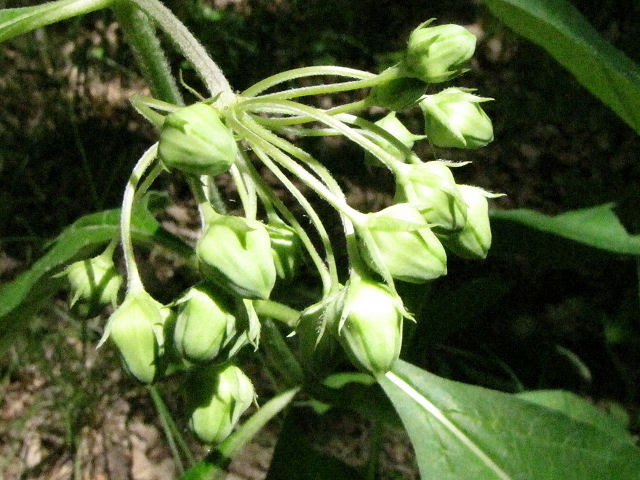 I took this picture several years ago, but it does show the flowers opened. 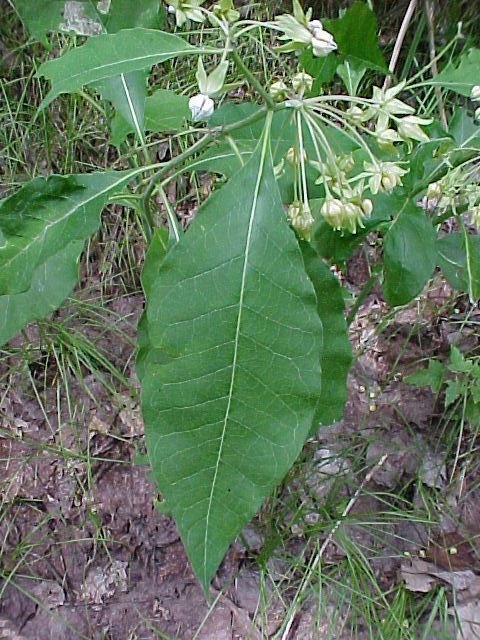 More flowers tomorrow! (unless something spectacular happens) I have some other look-alikes for the cat's ear to show you.

I learn things here. Glad I stopped by.

Back east, I always liked to open milkweed pods and blow the seeds around! My other favorite seed pods were the ones that exploded when you touched them. I can't remember what those were called, though.

I like milkweed (and had a few varieties planted intentionally) for the monarch butterflies. They lay their eggs on milkweed. I lost a few plants when the milkweed bugs went nuts on them and killed them. I need some seeds when you see them--send them my way!!

Lin- which kind of seeds do you want? The butterfly weed is really hard to grow from seed, but I can get you any of them.