Today was a whirlwind of mixed activities to try and re-plan this whole trip so that I can actually complete the trail. Had to mend my torn pants, do some paperwork, re-sort the food.

Everything had to be re-thought and I made quite a few scatterbrained errors. The primary one was that when Connie, Jerry and I did go out to the trail for a bit I forgot to put my SD card in the camera. So, you get pictures Connie took, and one that I faked. You are missing out on a funny selfie. O well.

We walked in the other way from where I lost the blazes yesterday. It took us 2 hours to find, re-blaze and clean up about a half mile of trail!

But what about that 100% chance of thunderstorms? A little drizzle. Hmm. 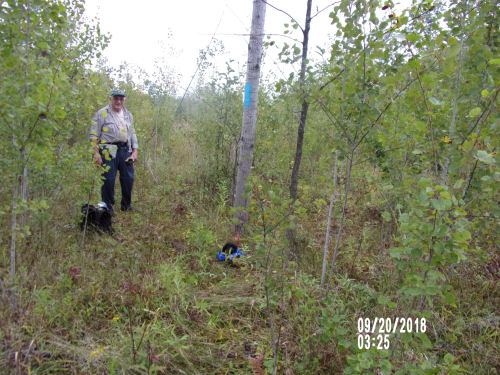 But I connected to where the blazes ended yesterday, so I get to add a half-mile to my total. Which is pretty pathetic for five days of hiking. 34.5 miles total so far. It has to get better soon, right? 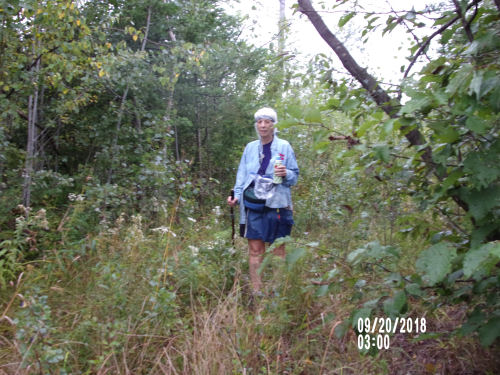 Buster was happy that he got to go along on this little outing. Yes, it's a joke. They miss having a real dog, so Buster goes with them. 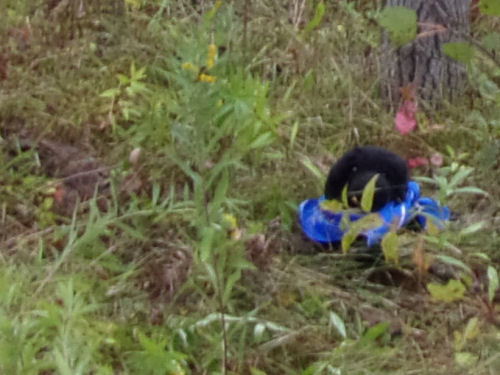 Here's the picture I faked. I wanted to show you the same place where I lost the blazes, now with a nice visible blaze on that far tree. So I'm showing you the exact same picture with a blaze photoshopped in. But there really is one out there in the woods now. (Way out there, on the far tree) And we cut a LOT of aspen trees. 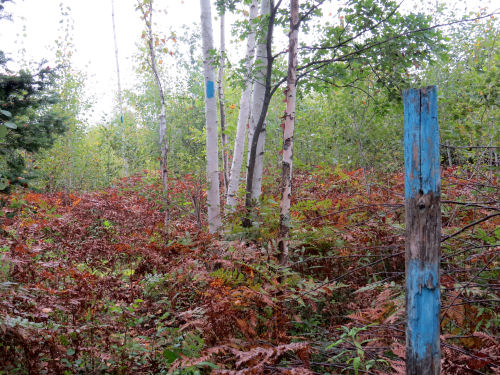 Connie and Jerry were adopted by a stray cat this year. She's really shy, but has decided to let me pet her. They say I'm the first other than them. Here is Squeaky. 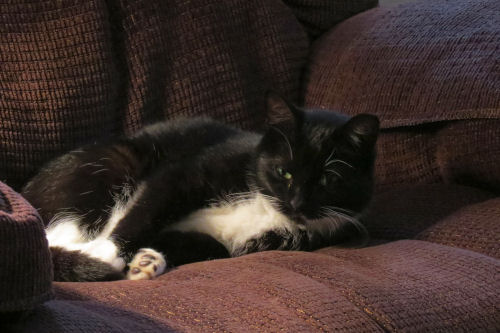 Under the heading of great successes, I managed to trash their house nearly as much as I do my own.

Tomorrow I slack pack one more day, then it's back into the big pack. I'm going to dump a couple of items though, primarily the knee brace I bought. The knee seems to be really fine. I can even stand up from a squat without having to push up again.

This trip is just full of things to slow you down. You made a new friend though so that's a plus.