Did four miles with 33 pounds this afternoon. I was stiff after yesterday's fast walk, and thought I wasn't feeling much like doing this, but oddly enough, I put on the pack and everything felt good. We walked two miles on trail (not roads), sat down for a few minutes for a snack and drink and a visit. Walked the two miles back to the car, and Nothing hurt at all. This is really encouraging. There was topography and logs to step over. Really and truly... nothing hurts. Very good news. 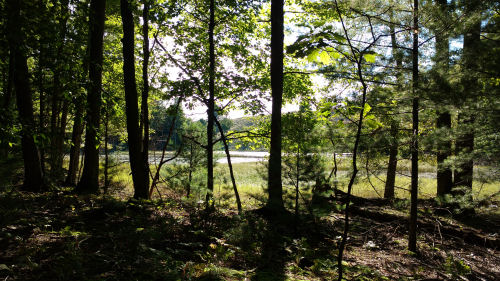 This is a hike route I take occasionally, from Piney Ridge Road to Hamlin Dam.

It's one I like a lot because there usually aren't many people on it. Cathy really likes it too. In fact, she's the one who first told me it exists. 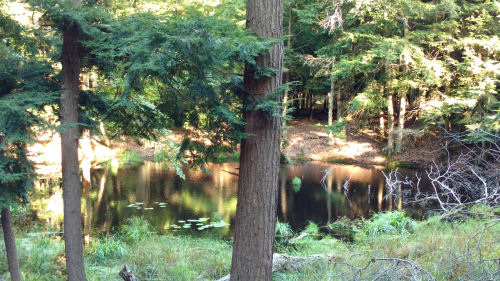 It leads to the back side of Hamlin Dam. You can just see the orange warning floats above the dam if you look beyond the greenery. 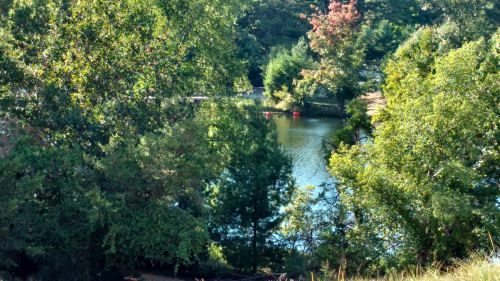 We managed a better selfie today. 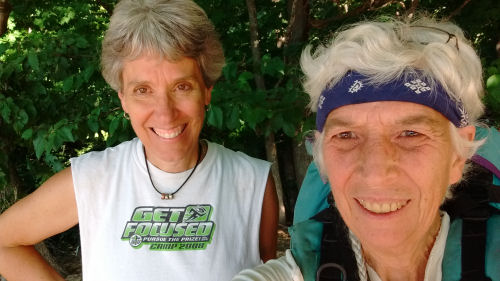 And look what I found on the way home-- a puffball that is still edible. Not sure if it will be OK tomorrow, so I ate a double helping tonight. This is one of my ten favorite foods in the whole world. (not that I've made a list of ten, but if I did, it would be there) 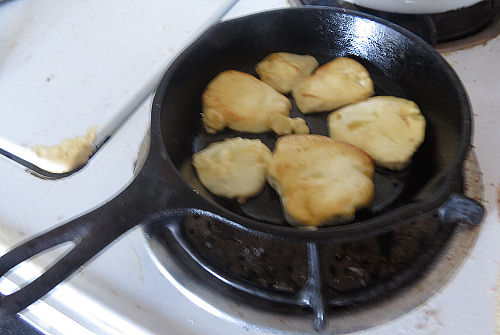 In other news: I worked several hours at Shagway Arts Barn. Often, when I'm out there I can get some writing done, but I just couldn't get my head in story gear today, and then a man came in who wanted to talk forever anyway. So it was probably just as well I wasn't feeling annoyed that he was keeping me from writing. In the morning I made granola and filled Cathy's dehydrator. Need to deal with that yet tonight and refill it.

I'm always happy when I can do things and nothing hurts afterwards.