About two weeks ago, I heard about a concert being given nearby by a well-known pianist. I couldn't figure out why he was giving a concert in such a small church, but I knew I was going to go, and go early enough to get a good seat.

The musician is Don Wyrtzen. I knew the program would be good, but not only is he a great pianist, he's a good teacher, and he is funny.

Here he is explaining how playing music involves your whole body-- eyes, ears, muscles and emotions. That is why music is so powerful. 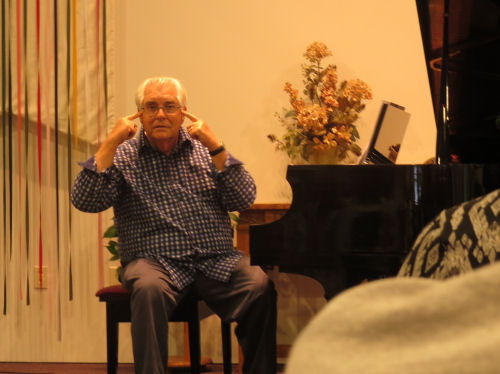 My camera was on the wrong setting, so I didn't get a single good picture of him actually playing. This is the best of a bunch of bad ones. 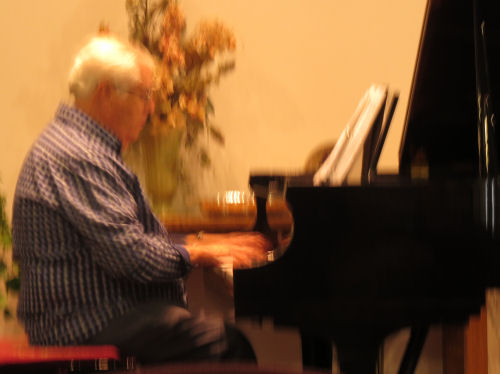 Probably his most familiar piece is a worship song, "Worthy is the Lamb."

I found out why he was playing at that church. He's friends with the pastor's family. The pastor's mother is an accomplished pianist herself (playing with Wyrtzen on a couple of pieces), and the pastor's sister is an opera singer. She did two of Wyrtzen's songs as part of the concert. Excellent all around.

He was gracious enough to let people take pictures. 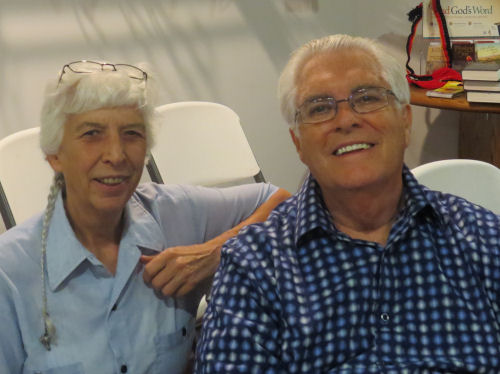 Now for the memories part. Don Wyrtzen's father is Jack Wyrtzen, the founder of Word of Life Ministries. They operated camps in the Adirondacks, and I got to go to the "Ranch" one summer. I was just young enough to squeak in, which was exactly what I wanted. The "Island" was for teens. Although I was a teen, I preferred to do things like ride horses, shoot rifles (yes- and I earned Junior Marksman), paddle canoes, and stuff like that. This is probably not a great surprise to you.

That time at the Ranch set in motion vectors which determined a number of things in my life. My counselor in the Wagon Wheel cabin was a girl, also named Joan, nicknamed Pinky (center in the picture- I must have taken it since I'm not in it). She and I remained friends and wrote letters throughout my high school years. The fall after camp, she was headed for Taylor University as a freshman. Three years later, I went to Taylor, where I met Om, and the rest... well you know the saying. 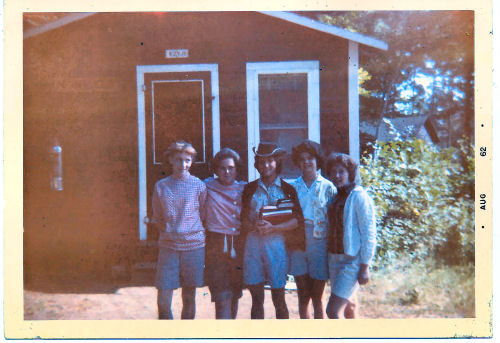 It was a pretty special evening.

In other news: I got out and cleared the last mile of my trail that Cathy and I didn't get to on Friday.

Good music and good memories. What more could you ask for. I was looking at that last picture before I read and I was trying to figure out which one was you. Now I know why I didn't think any of them looked liked you.