I got back into handbell choir for the end of the season, and tonight we had a picnic at the new director's house. Carlene did a great job of working with whoever showed up for practices. There were a lot of substitutions. 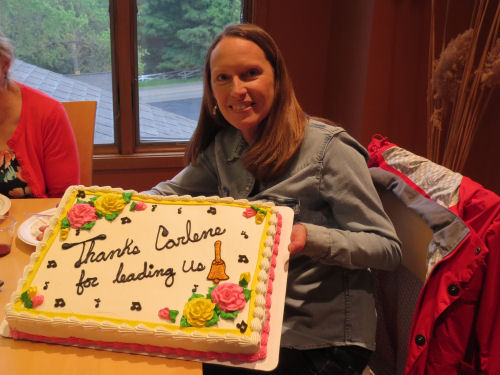 Since it was pouring outside, the picnic was inside, but the food was great. 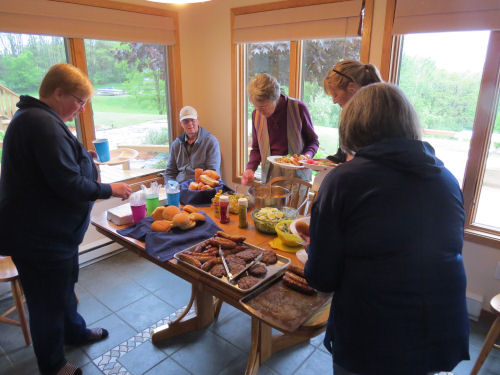 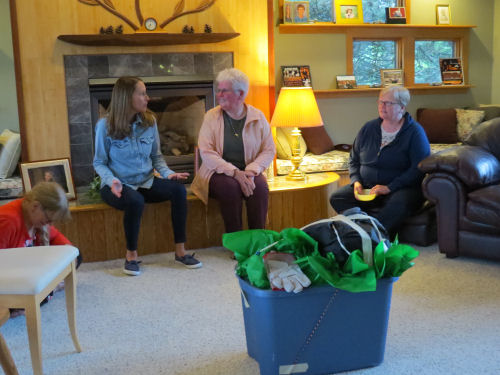 One person worked at pulling stuff out of the tub while a bowl with dice was being passed around. Each person rolled in turn and if you got doubles you went out and switched with the person who was unwrapping. You got to keep any goody that you managed to completely unwrap. Pretty simple right?

Not so fast. When you are unwrapping you have to wear these large stiff heavy work gloves! 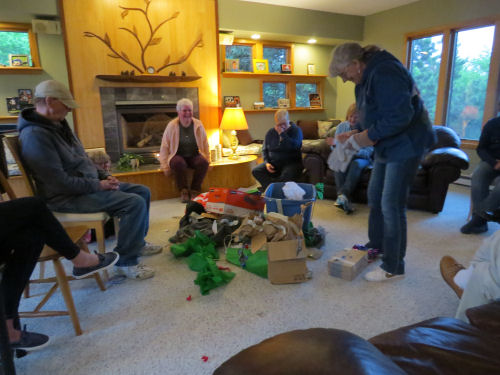 They made all the difference. No one could use their hands well to peel tape or get into small containers! 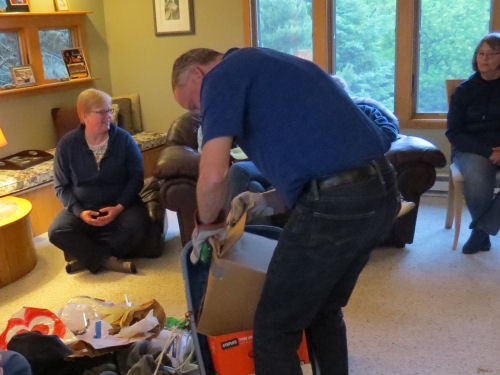 For the second game we passed around a black bag full of things, while music was playing. When the music stopped, whoever was holding the bag had to reach in without looking, pull one thing out and put it on. This is the result. Quite a distinguished group, don't you think? 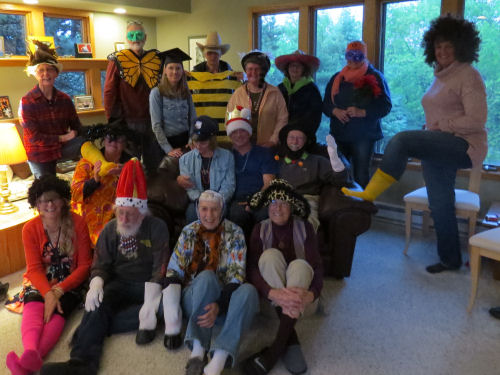 Omer even used the f-word in reference to the first game. No, not that one. He said it was "fun." You need to understand, Om hardly ever says things are fun.

In other news: I worked on the book in the morning and then tried to do house stuff in the afternoon but it was gloomy and cold and just a sleepy kind of day. Then the party.

Both of those games look like fun. The rain didn't stop you guys from having a good time. I bet there were lots of laughs when you were playing those games

Both those games look like fun for large groups. It looks like you have quite a large group for a bell choir. I'm going to suggest these games to our puppet team leader.