I first encountered this plant in Alabama last year. The astounding color blew me away, but I assumed it was a southern plant- obviously a clover- and I found so many new ones I couldn't begin to identify them all. I knew it had to be some kind of clover. It's common name is Crimson Clover, Trifolium incarnatum 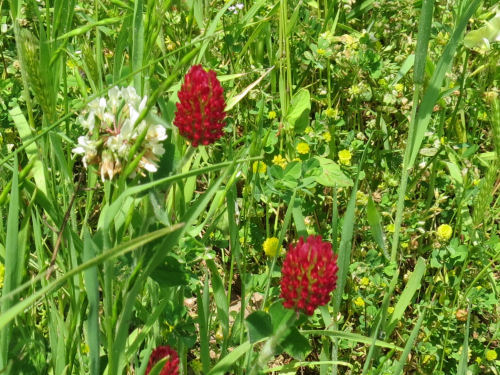 But then, when I was driving home yesterday, I saw this field. The color matched. I couldn't believe it! I turned around and went back to take pictures. 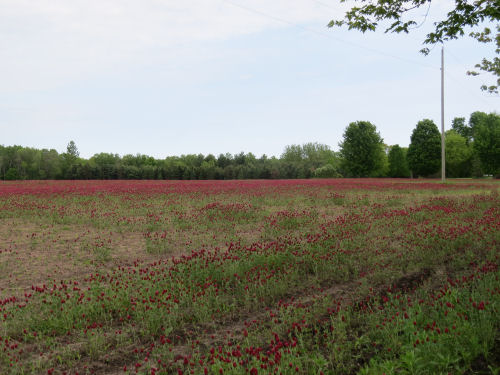 Oh my gosh! It's the same plant. And apparently planted in purpose in a whole field. 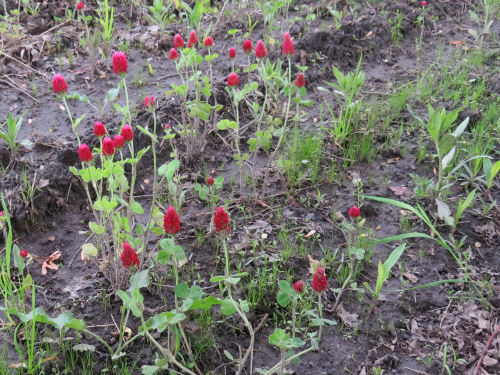 Here's a nice close up of the flower. 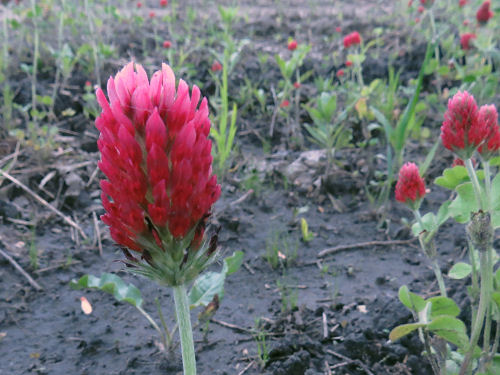 So, what's the deal? Well, this is an alien plant, from Europe... Hmm. It's agricultural. It's used as a forage crop, and as a ground cover. The bad news is that it can become invasive. It is edible for humans too. It's supposedly more successful in the south. So, although it's very pretty, I really don't want another invasive species.

Mixed bag of characteristics, but at least I know what it is.

In other news: I wrote all morning, did bookwork in the afternoon, then the Celebrate Scottville event, and a meeting this evening. Enough

I've never seen clover that color. It's pretty. Now I'll have that song stuck in my head and I'll be humming crimson and clover over and over all day long

I know it's invasive, but it is also pretty.