Yes, it was bread day again today. I really like making my own bread- I can slice it thin, and it doesn't taste like air. And there are no long lists of chemicals on the label. I put all but the current loaf in the freezer and it lasts quite a while. I see that my last baking day was a month ago. Of course, I've taken a couple of trips since then, so wasn't eating it every day. Still... a couple of hours of time invested every 3-4 weeks should be do-able. I'm not sure why I stopped for a while there. 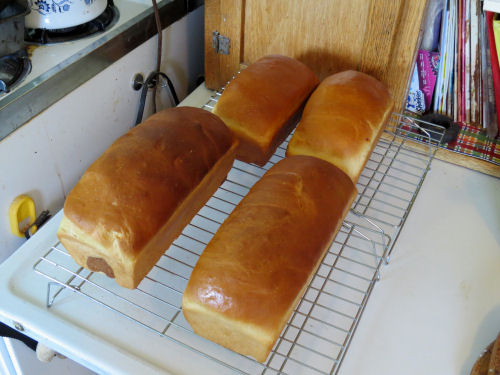 So, what was the experiment? I decided to try a rye swirl. The dark rye bread alone is sort of heavy. Good flavor but not the best texture. I wasn't sure the double layer would really work at all- maybe the one would bake faster and leave the other raw. But it did work. The moisture from the lighter bread seems to have infused the dark dough. The only issue seems to be an air pocket that formed between the two slabs of dough. It passes the yummy test, however. 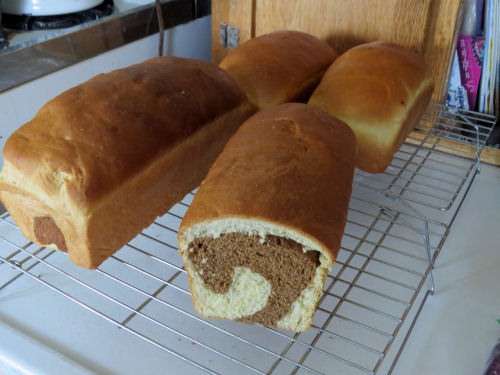 I other news: I worked on writing stuff all morning, did laundry, made bread and worked at trying to put some of my never-ending messes away.

YUM! I make this at work.