Since I ended up with a lot of extra time in town yesterday, I decided to walk the loop trail at Cartier Park. It's only a bit over a mile, but I managed to make it longer.

This park is about a half mile on each side, and goes through some nice mature woods. 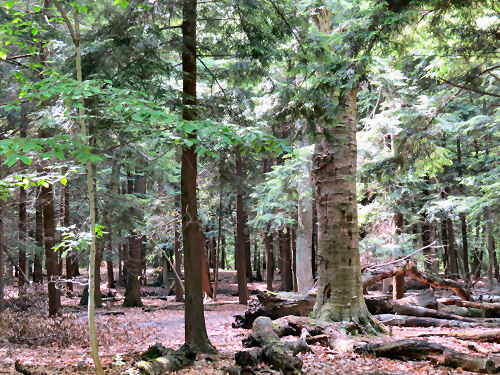 The loop is a paved trail. It gets a lot of use in all the ways you'd expect for an urban (small city) trail. But it's nicely shaded and very pleasant. The north edge runs along Lincoln Lake, so you get a good "water-view fix" on the way. 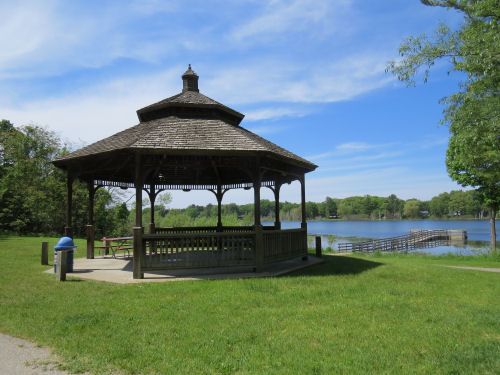 I got sort of decent pictures of a couple more dragonflies. Actually, the first is a damselfly- they hold their wings parallel to their body. I THINK this is an Eastern Forktail, but identifying in the field, especially when you don't know all that much about Odonata, is a challenge. But all one can do is try to begin sorting them out, and you learn a little more each time. It's also extra hard from a picture. Finding ones that have died, so you can really look at them is the best. It's even better if you have the insect and the book in the same place. 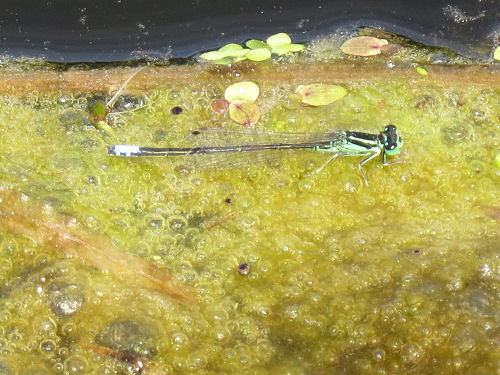 On the next lily pad over was a dragonfly. The book says this kind is even harder to identify in the field. At first I thought it was some kind of clubtail. See the thickened segments near the end of its tail? But none of those in my book had a single yellow spot. I didn't get good focus on the thorax, but even so, that single yellow spot on segment 7 of the tail makes me think it's an Illinois River Cruiser, a general term for about seven different species. 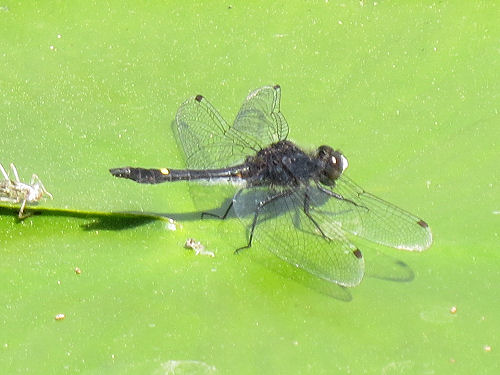 And, I found several patches of another fern- one I knew from before, but hadn't seen them locally. This is New York Fern. No spores on the backs of the leaves yet. I'll have to try to get back there some time to picture those. 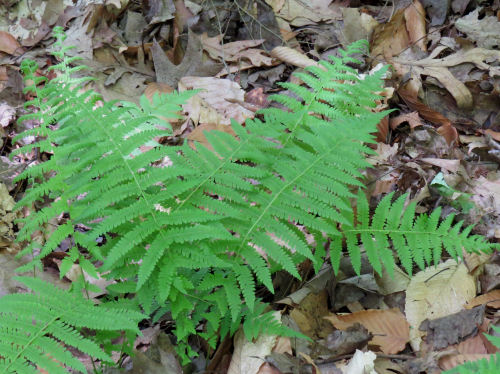 And I just liked how annoyed this red-wing blackbird looks. 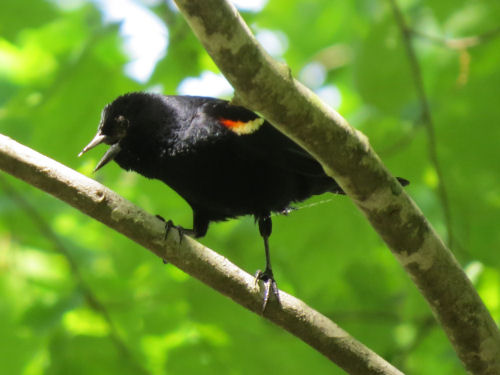 The really big news is that the Shoreline Cycling Club has added a long, loopy mountain bike trail to the park. This is great, because formerly everyone just rode bikes all over the place and were making a real mess. Now there's an actual trail to follow. I walked part of this. It didn't say no foot traffic, and I would have yielded to any cyclists in a hurry.

So, I've updated my Get Off The Couch website with this new information. See Cartier Park

In other news: It took me till mid-afternoon, but I got all the rest of the journal for the Arrowhead hike turned into digital files! Tomorrow I can start making notes. Simultaneously, I worked on a bunch of stuff for the July author event the Ludington Writers is hosting. And then I updated the site mentioned above. Worked on pictures some too. Got a lot done, but tomorrow I have to clean up the house!

What a great way to kill some time. I like that first picture.
Interesting on the dragonflies.