Rain and Mud and Slime


Talk about a wet day. The forecasts all said the rain was going to stop around noon. It finally gave up closer to 4:30. Nevertheless, I managed to check out some pieces on foot.

But when I first thought it was letting up and then it began to pour, I decided to have some coffee at Johnny T's. 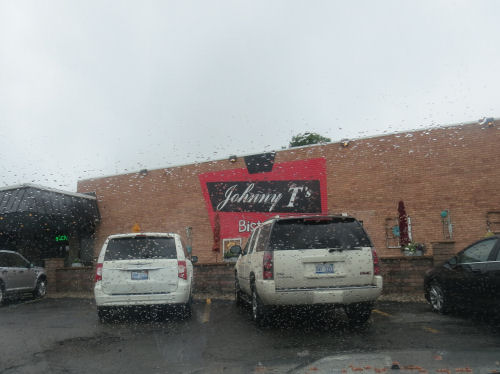 I left there when the green spot on the radar had passed by. Yesterday there was some mud. Today... 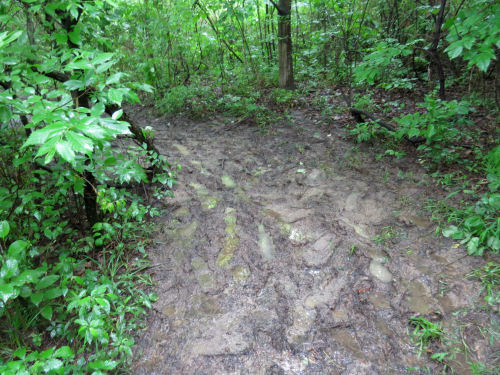 Even the paved multi-use part of the trail was having some water issues. 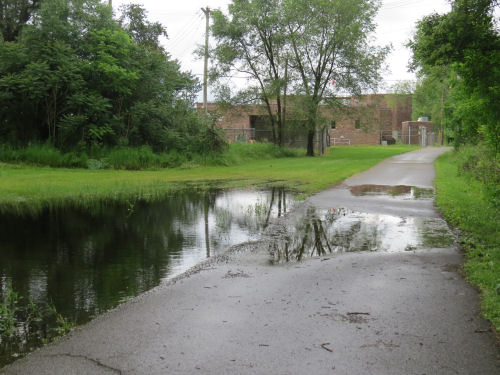 This is my favorite rain-related picture. It was also taken on the piece where I got totally soaked when it decided to pour again. The raindrops were landing on this duckweed covered water. The drops were big and would separate the duckweed leaves, making polka dots. 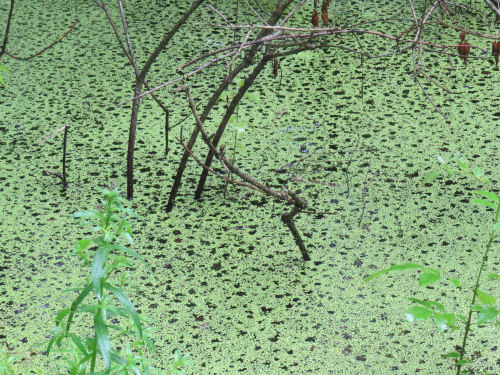 And now for that slime mold. Remember yesterday's picture? Here's a longer shot with the hemlock log. 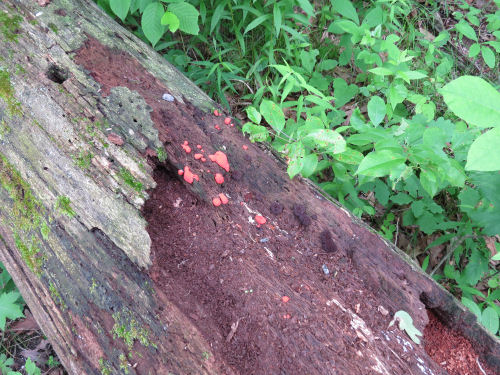 And today's. I did go back. This confirms both the orange and the brown are slime molds. Gone! 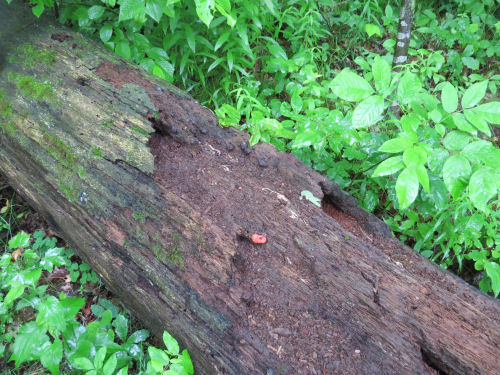 Today, I broke that remaining piece of orange apart, and as you can see, it has little orange tubes projecting from a sort of white membrane. 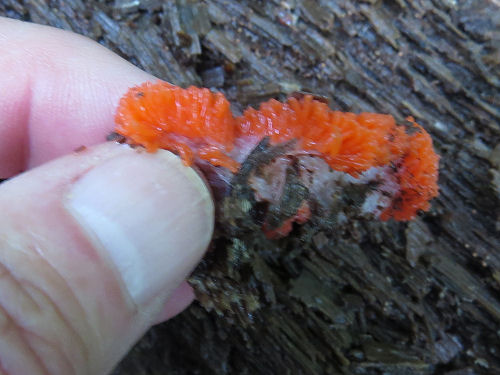 Then I checked a few spots of the brown that were still there. These looked older and less structured, and they did seem to be sort of disintegrating, but they also have that inner white membrane. 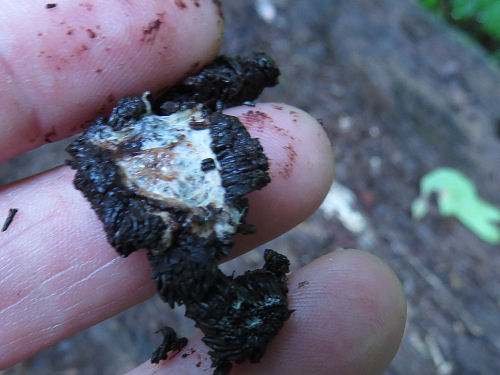 Now I'm wondering if the orange and the brown are the same species at different point in their life cycle. Or maybe the almost black ones have died. After last night I was thinking the dark ones might be a thing called "Chocolate Tube Slime," but now I don't think so. The "chocolate" tubes are tapered.

There isn't anything like a field guide to slime molds. I have one textbook about them, but there is more that is not known about them than what is known. Just fascinating!

And here's a beautiful oak tree on the Baw Beese Trail section, looking even more lovely because the rain made the trunk so dark. 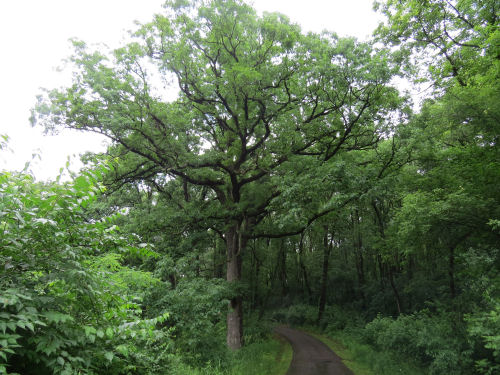 Anyway, I managed to walk about 6 miles today, and drove a bunch more road sections checking things out. It was about 26 years ago that I hiked this section. Chips was with me then, and one of those days was also in the pouring rain and miserable. Maybe Hillsdale just hates me! Ha ha.

That looks like a muddy mess out there. Interesting on the slime mold.