Today was super windy again. I went for a road walk this afternoon, and came across this little guy crawling across the blacktop. 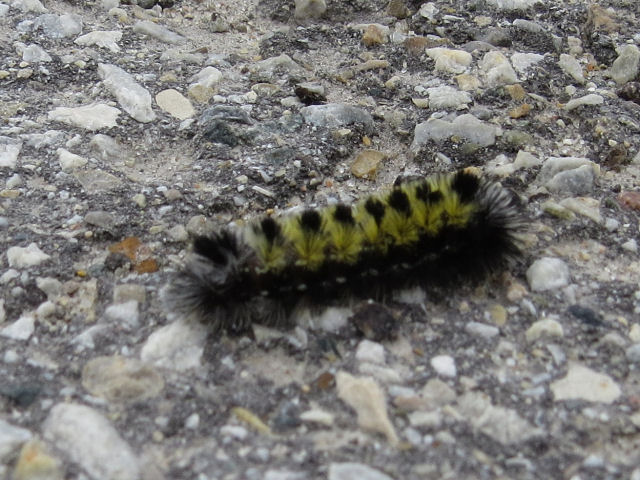 It's not a good idea to touch hairy caterpillars. Many of them can cause skin irritation or rashes. But I touched it with a small rock and it rolled up. 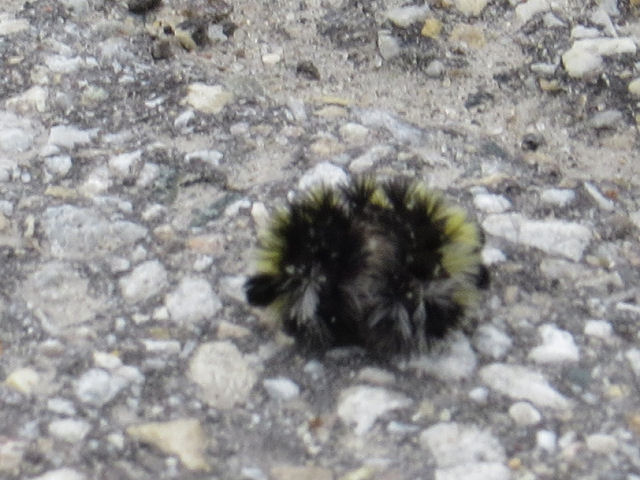 I had to get some help to identify it. Turns out I also took a picture of one in March of 2016. That one was paler, but clearly the same kind of caterpillar. And also crawling across the blacktop. 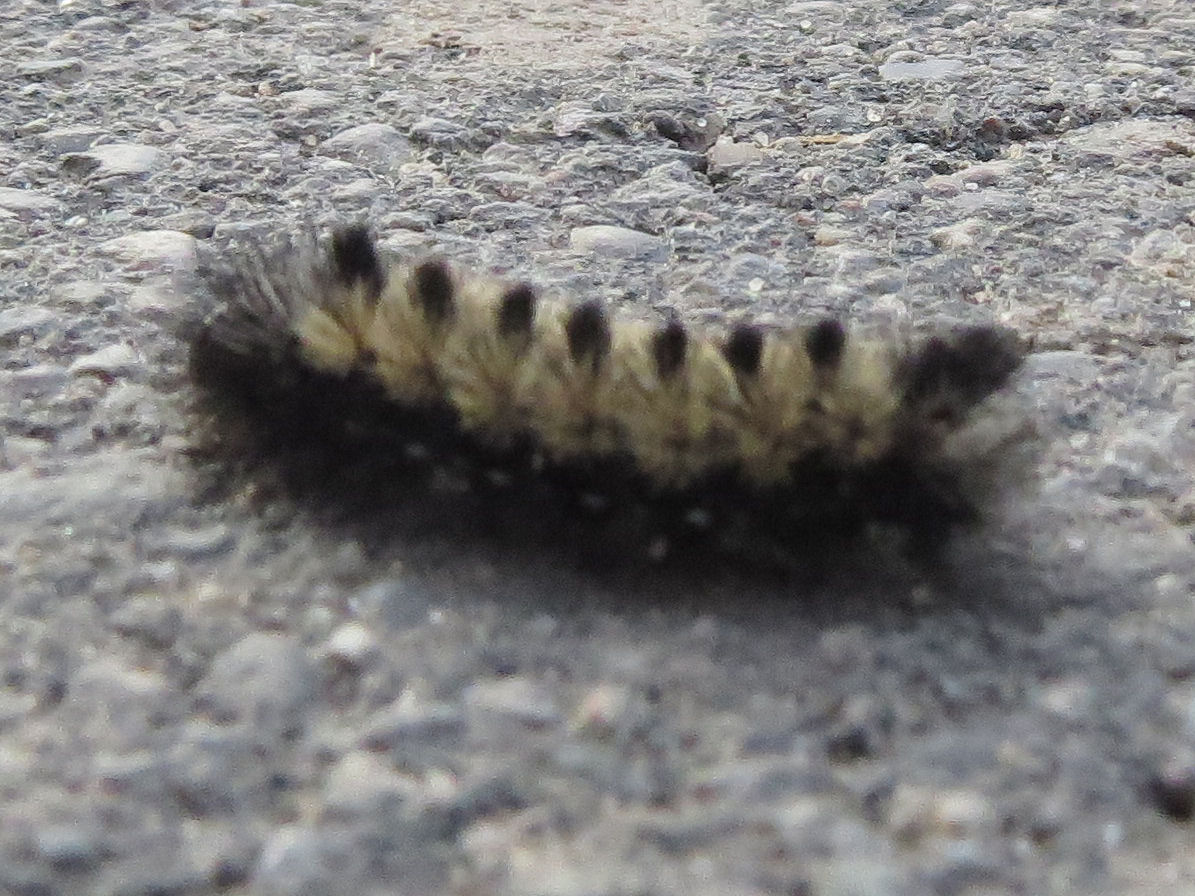 Turns out it's a moth one actually sees fairly often, although I don't have a picture of one. If you've seen the sleek, smooth moth about 1.5 inches in length that has blue-black wings and an orange head with feathery antennae, this is the caterpillar. It's called Virginia ctenuchid. (say ten-UH-kid). You can see one on Bugguide.net

Puzzle two... This may be a first. Given my history with puzzles, I'm not sure it is, but I don't recall ever doing this. Although my murder-mystery puzzle has 1000 pieces, it was pretty easy. I completed the entire puzzle yesterday! The picture is not the picture on the box at all. You read the little book, and then find the clues in the puzzle itself (mostly the written notes you see on the countertop), and solve the mystery. It was fun. 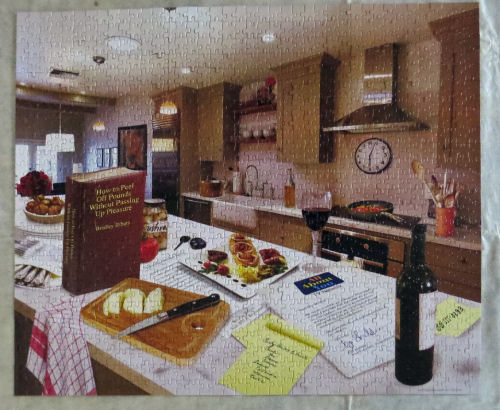 In other news: Well, my road walk was 6.6 miles, so that took a while. Other than that I worked on some of my personal and volunteer projects. Oh yeah... a cleaned up the kitchen a little bit. It's hard to care. I know you clean freaks don't get that, but I'm basically a slob.

Hmm, the puzzle being different than the picture on the box must have made it a bit trickier. Then again if they showed the actual puzzle picture you wouldn't need to put the puzzle together to get the clues.
I can relate to not caring much about cleaning. I'm a bit of a slob sometimes myself and I think it's worse now that I live alone

I remember lots of little fuzzy yellow caterpillars when I was a kid. I wonder what sort of moth they became?

The puzzle looks like a good one. I love a challenge.

I'm one of those clean freaks, I guess. I can't stand clutter. I think it's okay to live how you want to live as long as those you live with are in agreement, right?