I had to laugh at this sign on a dirt road today, especially since I saw no one else at all. However, the day was really full, so maybe it was a warning about that. 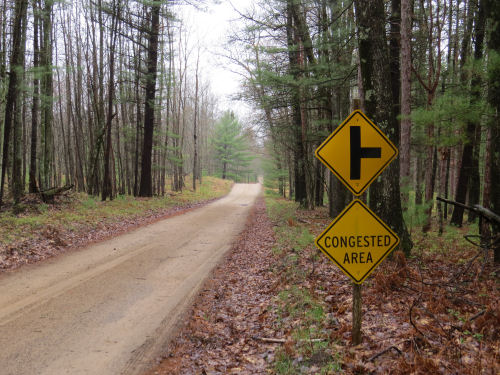 For starters, I took Denali back to the trail. 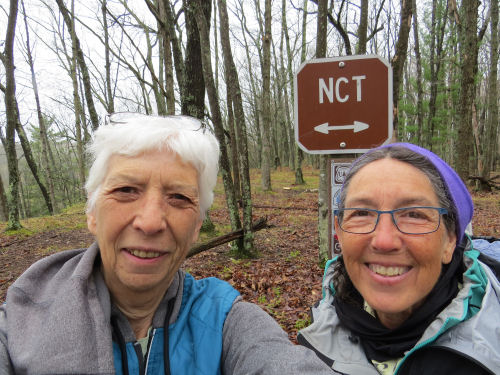 She started out in the rain, but it stopped in another hour where I was. Hopefully for her too. 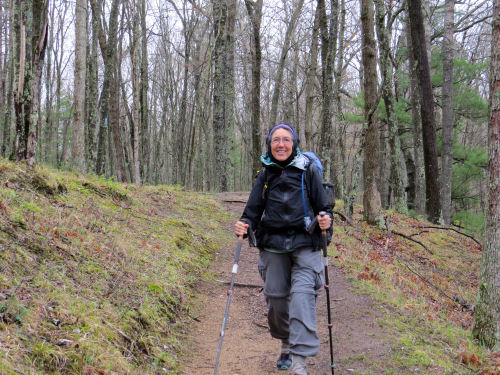 Then, I did one of my favorite things- driving home on a back road I've never seen before. It began innocently enough on Fire Tower Road. 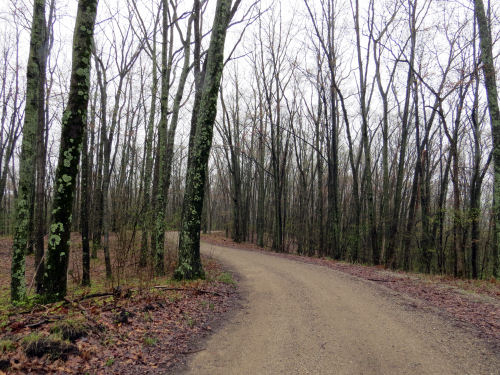 This ended, not surprisingly, at a fire tower. The Udell Fire Tower to be exact. I've shown you this before, but I hiked to it that time. 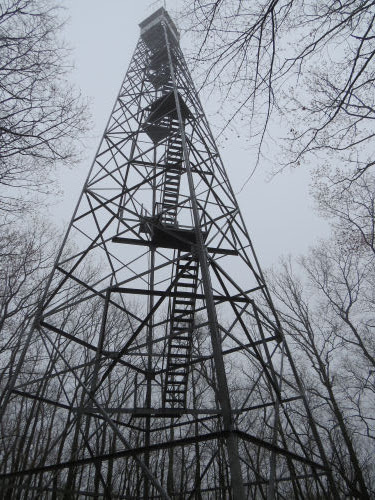 After the tower, the road got a lot more iffy. No pictures- I was busy driving. When I got to Forest Road 8180 I turned right. I knew where that crossed the trail. It's really straight, but has some fun rolling hills. 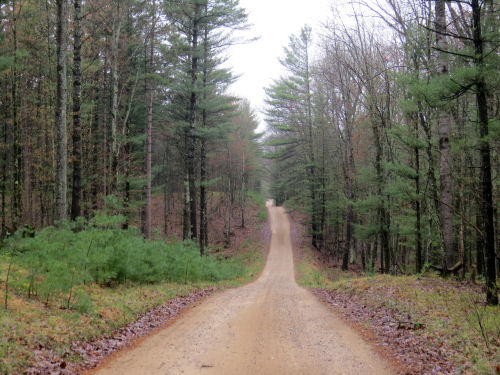 Then I turned on Good Road. Let me tell you how incorrectly that road is named. It started out as a fairly ordinary two track. But then it turned into this. 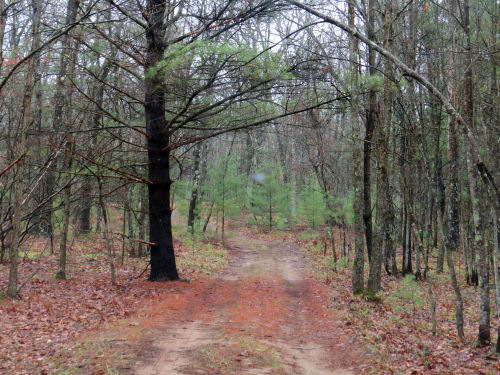 Um... that was still pretty good. I didn't take a picture of the last section. Let's say that I should have turned around, but I was almost to- could almost see- the next actual road. I got out of the car and tested the depth of the mud holes with a stick and decided I could get through if I was really careful. Didn't want to have to embarrass myself with getting towed out of a place like that. Well, I thought I might have to make that shameful call. But I did make it through!

Then I met Ramona for lunch since she was down my way. She used to be a forest ranger, so she enjoyed my forest road story. However, it seems that part of what I drove isn't supposed to be open to vehicles at all any more- the part beyond the fire tower! O well, there were no barriers and no signs. It's being driven. But I probably won't feel the need to do this route again. 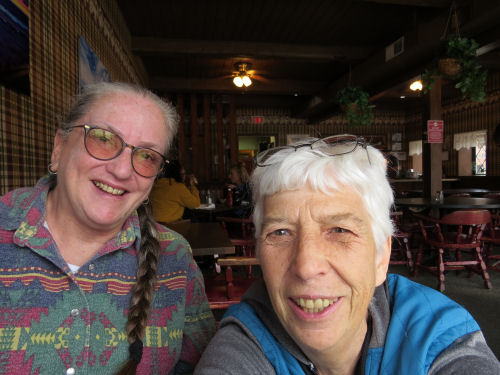 Then my car had to go to the shop (not related to this morning's adventure at all). They called mid afternoon to tell me it would not be done today. So I had to scramble to find a ride to bell choir. Wasn't taking a chance on missing again this week!

What a congested day, but all good. (Except maybe the 10 seconds of "terror" when I thought I was going to get stuck). But as a t-shirt I own says, "Bad Decisions Make Good Stories." Now it's just one more great back-roads tale.

Ha ha ha, that sign is sure in an odd spot.
You're brave traveling that road as far as you did. I think I would have chickened out.

That's what I'd call an adventurous day.

Sounds like a good day! You always have some sort of adventure. :)

Chuck- makes me smile even today!

Lin- I make the adventures happen

Lulu: "Oh, yeah, it's total gridlock on that road!"

Lulu- well, it was the best road I saw on that "shortcut"