Loren and I met up this morning to look at a section of trail where the Eco-Seeds volunteer crew had done some work a couple of weeks ago. One of the things they did was to replace the supports on this small bridge. You can see the new lumber. 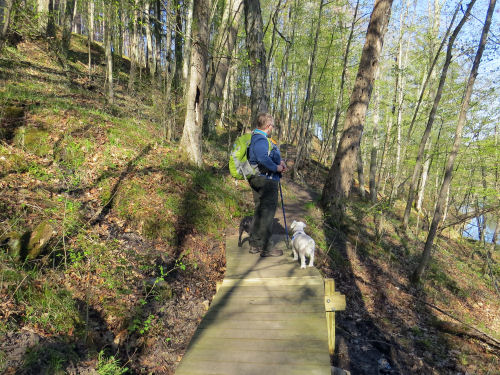 They also installed some steps on a couple of steeper slopes. It's always good to have some enthusiastic younger muscles to work on some of the construction projects. 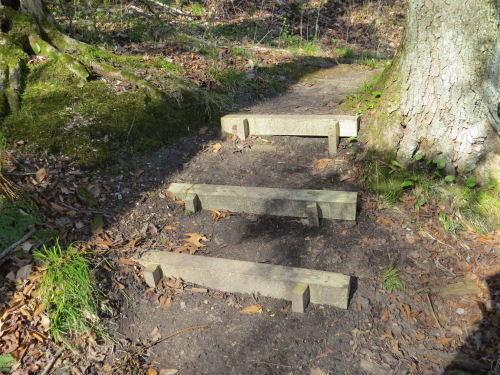 The white birch are just beginning to get leaves. 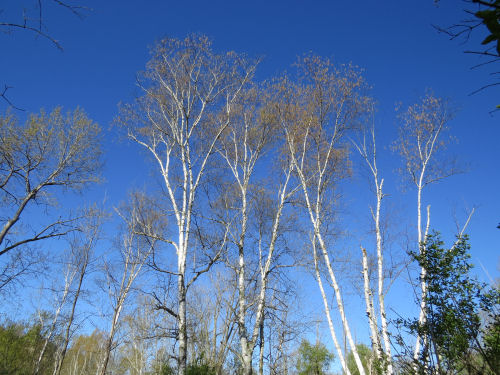 This piece of trail follows the south shore of the Manistee River for a short distance. It's certainly wonderful to see the trees greening up! 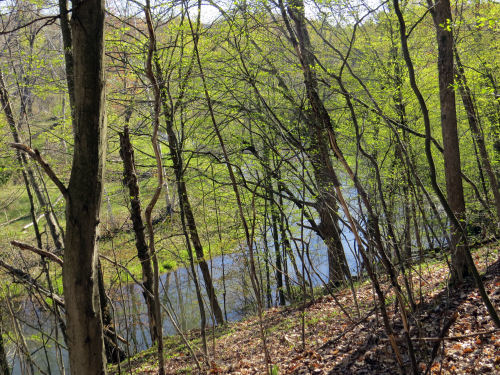 But the big surprise was the wildflowers. I've mentioned before that most of our chapter's trail is in dry sandy hills. There aren't a lot of wildflowers in those areas. But here, down along the river, and climbing to the top of the bluff, there were lots! I'll have to remember this. It was quite interesting that there was still some bloodroot in bloom. It's mostly done by now. 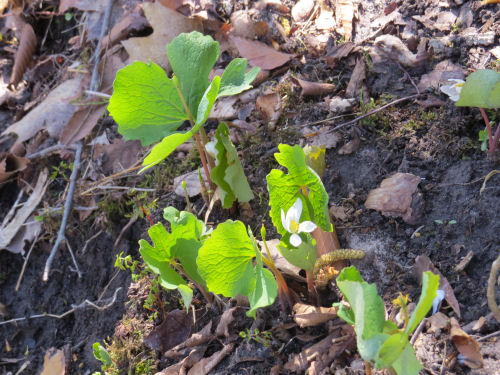 Lots of toothwort, but the sun hadn't really hit the flowers yet for the day, so they were closed up and a little droopy. The flowers don't open flat, but a little more than this. 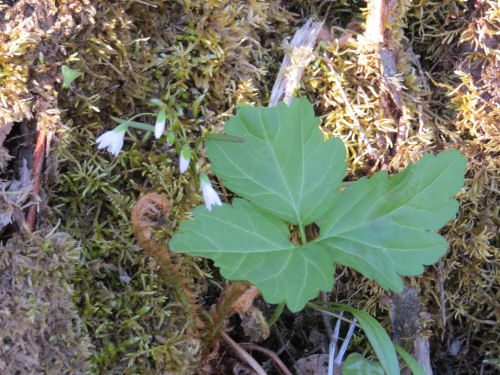 Miterwort was a welcome sight. It really likes damp places. It was growing at the base of a tree. The roots probably create a little cup of moisture. 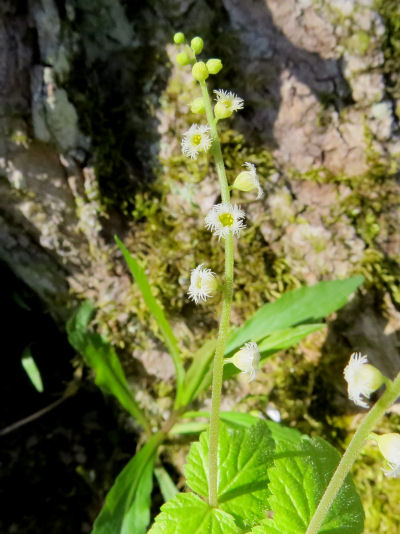 And there were quite a few trilliums, too. Also saw trout lily, and woodland horsetail. 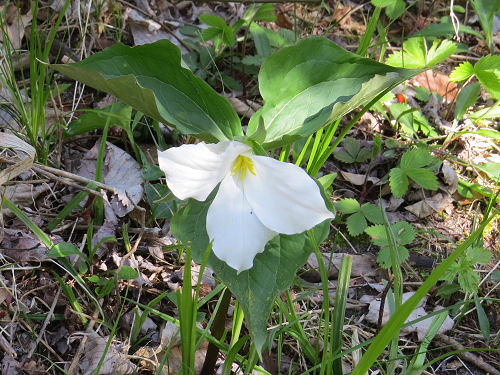 I liked this one- it's just a Solomon's seal opening its leaves, but the curls are so perfect! 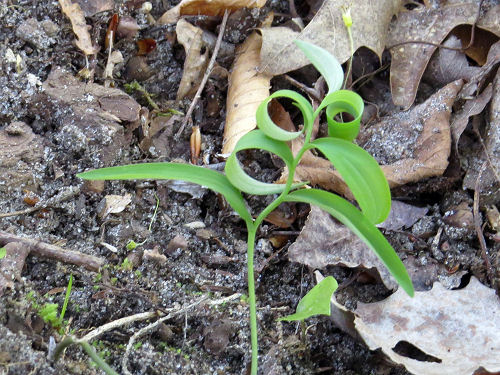 I had to take a new picture of the pups. They've had haircuts, and you'd hardly know they were the same dogs. I don't think I've ever seen Corky (the white one) shaved. 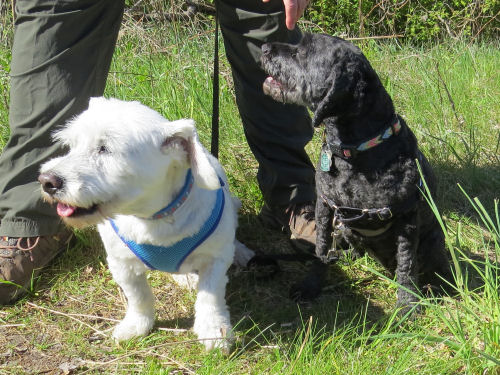 Anyway, it was only 4 miles, but it was a great hike- learning new things about a familiar section. We put out some new stickers on posts too.

In other news: Did shopping and errands, and I'm getting ready to leave in the morning for more errands in Grand Rapids and then a vendor event on Saturday. I hope to squeeze in a little hike tomorrow. We'll see.

Posted by Sharkbytes at 7:23 PM