We were so fortunate that our second day in Pictured Rocks, with the bulk of the interesting formations, was a sunny day. Lake Superior was an astonishing color. This section is just one gorgeous headland after another. 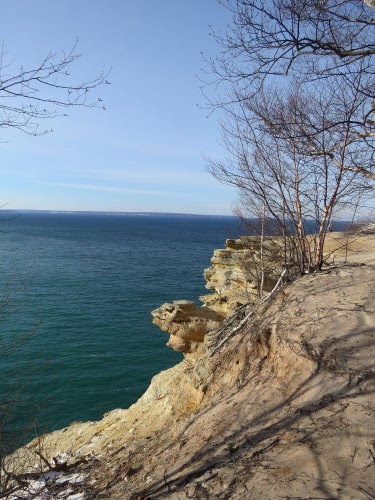 Grand Portal Point is somewhat unique in that the top is bare rock. 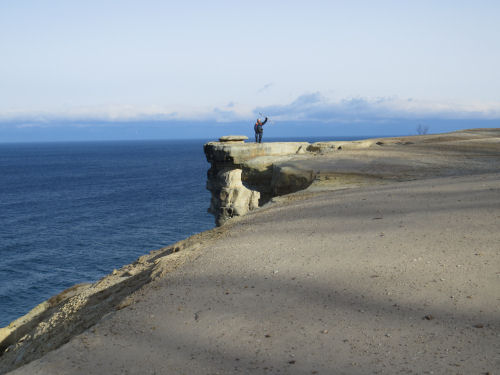 Bill had to get his picture there too. 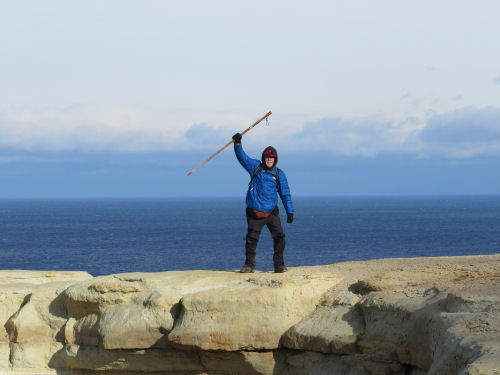 The views just never stop. This is one of the nicer pictures. 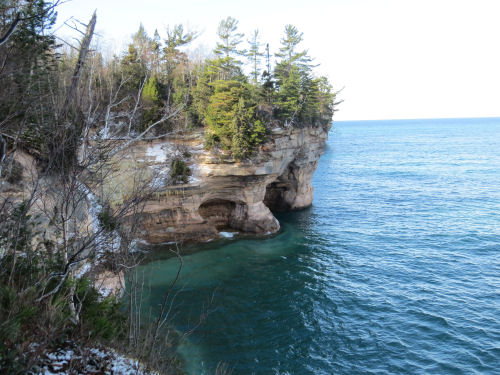 All too soon, we could see the formation at the east end of the more spectacular ones, Chapel Rock. It's that square bump with columns that is in front of the cliff. 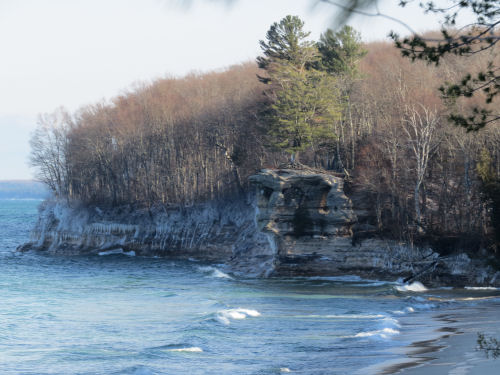 I have to wonder how much longer this will last before the lake claims it. It's looking much more fragile than the last time I was here. Again, you used to be able to walk out into the "chapel" between the columns. Now it's fenced off for both the protection of the people and the formation. It would also be difficult to get in there now. The tree on top is famous, because if its one root to the mainland breaks, it will die. 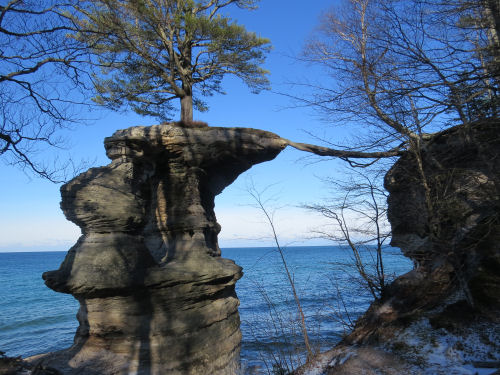 I also love the details as well as the overwhelming impressiveness of the cliffs. The waves were a constant presence, even though the wind wasn't nearly as strong as yesterday. Sometimes they swished with the rolling sounds of waves on beach. Sometimes they boomed as they hit the cliffs or piled into caves. We could even feel them hit beneath our feet sometimes. 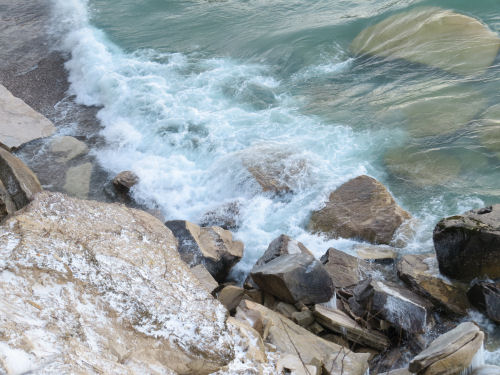 This is a reminder that these cliffs are constantly changing. I don't know how recently, but this entire face has fallen in the last few years. The rock colors are bright and not stained, nothing is growing in the cracks yet. I'm pretty sure the trail used to go across here. Now it swings inland around the back of this cove. 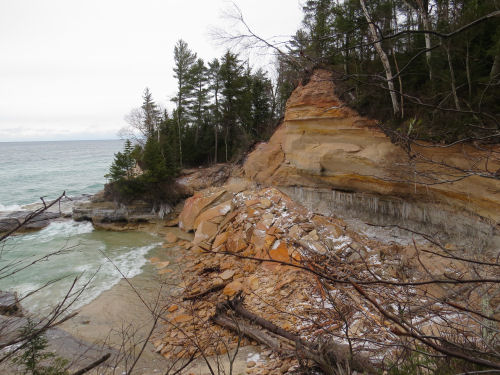 We went through several short stretches of ice forest again. But this is my favorite ice picture of the day. It's like feathers. 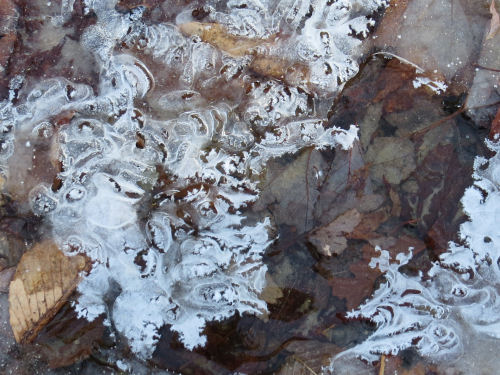 Finally, I loved this tiny hole in the base of an immense cliff. It won't be a tiny hole too long. Water is already washing through it with every wave. 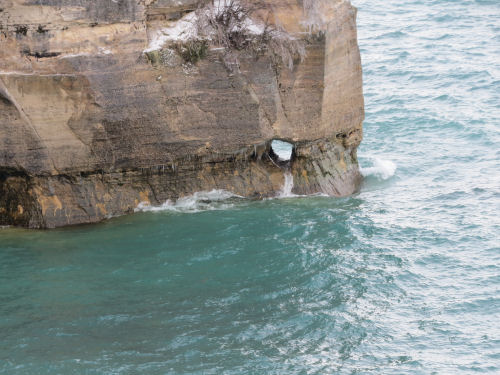 I have lots more pictures, but I'm going to stop with these. It's still a lot. This is such a unique and special place along the North Country Trail. We could have hiked faster, but we kept stopping to watch the waves, look at the rocks, and say, "Wow!"

We are so happy that it looks for sure as if we'll be able to complete Pictured Rocks. We are now done with the area of high cliffs, but there are more miles that are still within the National Lakeshore. The weather looks great. This morning was the coldest yet this season, but I added an extra layer and I was just the right temperature.

Nice pictures. It is usually crowded in summertime. Thank you

Once gain your pictures are amazing. I love that you don't just take pictures of the "big stuff" like Chapel Rock, but also the details the ice patterns. I have hiked that section during the summer, but the coler of Lake Superior is even more intense. than with the bright light of the summer. I have sat in the sun on Grand Portal Point to eat my lunch, but clearly that wasn't a good option for today! Stay safe and stay warm!

WOW, what an amazing place.

Nut- yes, the solitude was great, although we did see other footprints.

Ellie- yeah... we did a quick photo op on GPP and then scooted for the protection of the trees.

Ann- it truly is.