I stopped for a break at the remnant of the village of Edwards because there was a picnic table. Turns out it wasn't public- yet, but the owner said I could sit there. 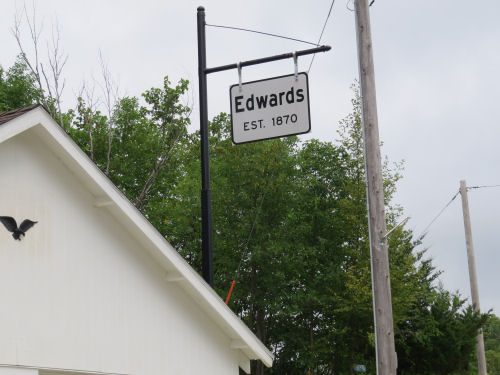 His name was Bard, and he is trying to turn that space into a park. He has restored a terraced rock garden that was originally built by a man he knew. 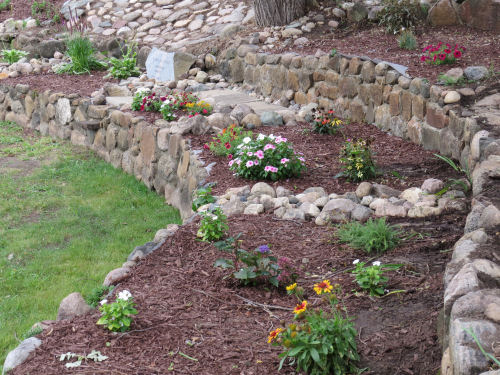 He has also transformed an old chicken coop into a lovely cabin that may soon be a place to stay along the NCT! (He's not a giant- the door is low.) And he told me a lot of interesting history about his family and that town.

Most of today was road walk, but I did pass through Maplewood State Park. It was nice to be back on forested trail for longer than 100 yards. 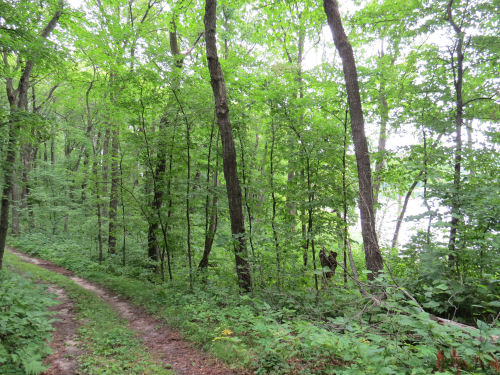 One of their interpretive signs reminded me that they are right on the edge of two Minnesota biomes, Prairie and Hardwoods. This is reflected in the name of the local NCTA Chapter, Minnesota Waters and Prairie. The road walks were fairly scenic with lots of scenes of water and prairie.

Best nature find of the day was not found by me, but by a photographer who was taking her picture. This is a yellow garden spider, aka banana spider. Think big. Including the legs, more than 2 inches across. 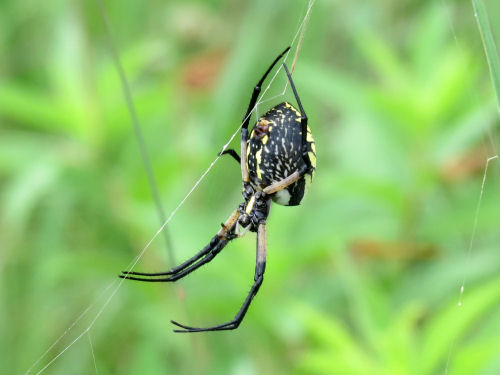 I had never seen the web of one before. And the picture isn't in focus, darn it. But that row of web with the zig-zag threads is called the stabilimentum. No one is actually positive what its purpose is! I guess no one has politely asked the spider. 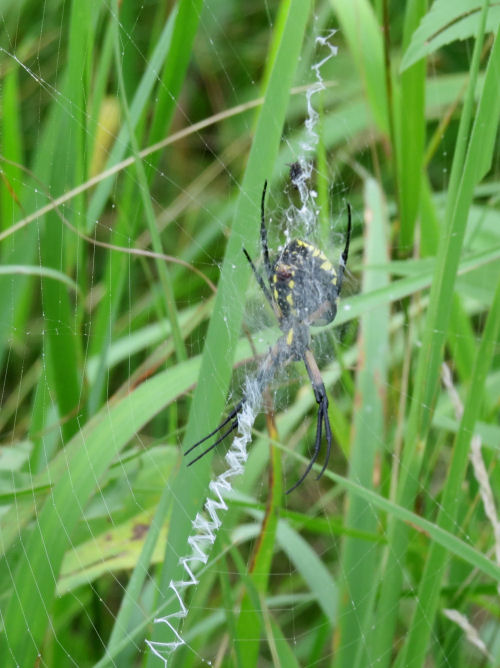 Congratulations on reaching another milestone. 3000 miles is an amazing accomplishment, especially when one realizes that the AT is just a little over 2000 miles!

WOW, 3000 miles. That is quite an accomplishment.
That's an interesting spider web. I think I would steer clear of that spider though.

Happy to see you doing your 15 miles again. The Kek and BRT didn’t beat you.

Beyond my garden said...

Here in my garden we call that prevalent spider a zipper spider. Not correct but everyone knows what we mean.

Lulu: "Wow, 3,000 miles! That would be a massive trip even if you were in a car, let alone walking it! Congratulations!"
Charlee: "I for one welcome our new giant spider overlords and invite them to make a delicious meal of these flies I caught for them ..."