Thomas Pond was gorgeous in the sunrise of day two on the Kek. 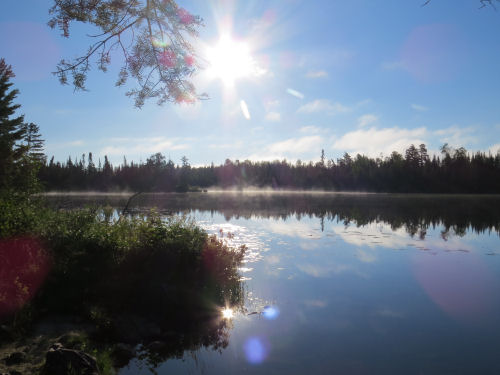 We were just getting up when we heard canoes scraping on rocks. The campsite is right at the portage, so we expected company, and sure enough, in just a few minutes, three canoes arrived. 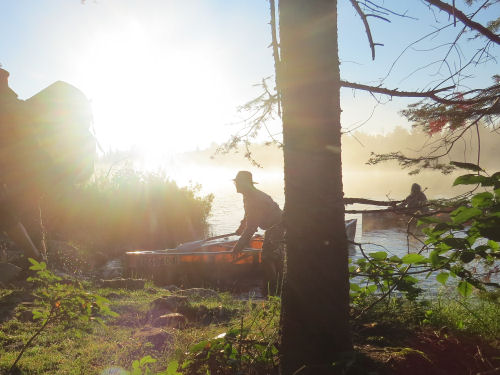 We had camped right where the dot on the map showed the campsite (the blue dot on Avenza was dead center on the tent picture). However, as soon as we got started hiking we discovered a short trail to a space with more room for tents. Although we didn't use it, that is good news, because we barely fit where we did camp and it's right in the portage.

Due to the afternoon rain the day before and heavy dew, we were immediately soaked to the skin again from the wet greenery. We continued to slog along, but didn't take many pictures. This was the morning where we had a bar of cell service on a high rock and I posted a vista picture to Facebook. Being wet so many hours of the day wasn't super appealing, but eventually we dried out.

The sun shone, and Harness Lake was blue and inviting. We ate lunch at the campsite here. I say "lunch" loosely. We were determined to make 13 miles again, so we didn't eat the mid-day meal until about 3 pm although we snacked almost every hour. 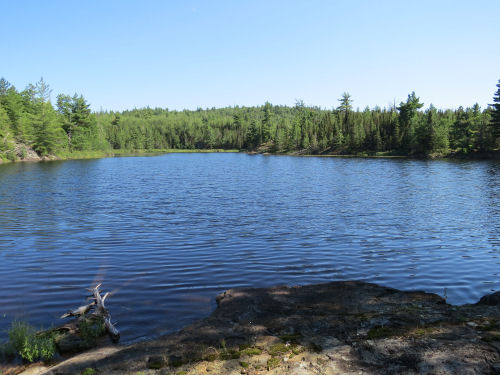 Always hoping for a glimpse of a moose, but all we managed to ever see was moose tootsie rolls. 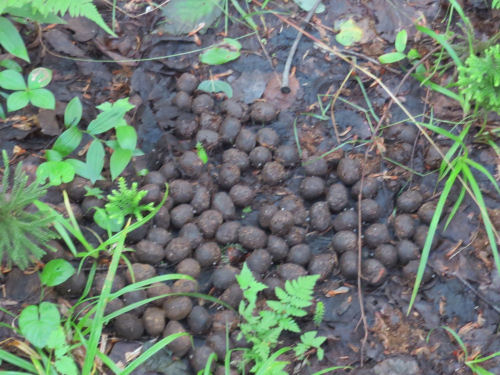 One of the fritillary butterflies was enjoying the sun on a Joe-Pye weed. 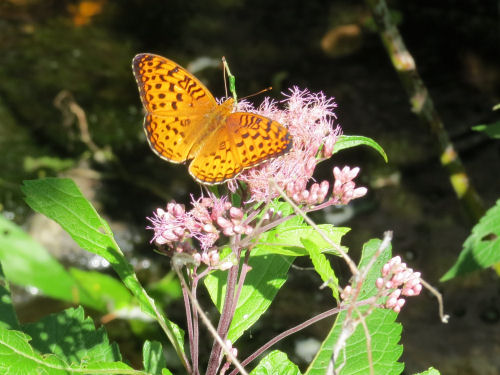 At about 7 in the evening, we arrived at Agamok Bridge. (Agamok means Ash Tree in Ojibway) This is such a special place! It's inside the wilderness, so no power tools or motorized vehicles are allowed. The parts of this bridge were hauled in by dogsled in the winter (I don't know what year), and then the bridge was assembled in the summer. With Monica and Keira on the bridge, you can get a sense of the scale. 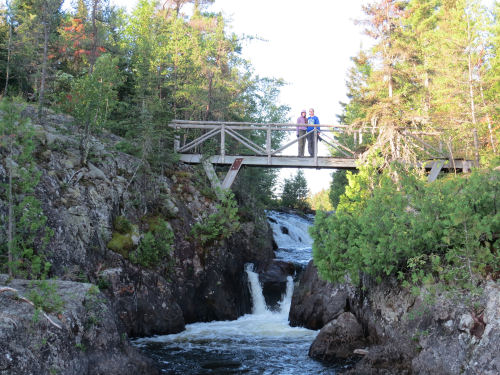 The river falls over a series of cataracts from Agamok Lake to Mueller Lake, directly under the bridge. This is a closer view of the top falls visible in the picture above. 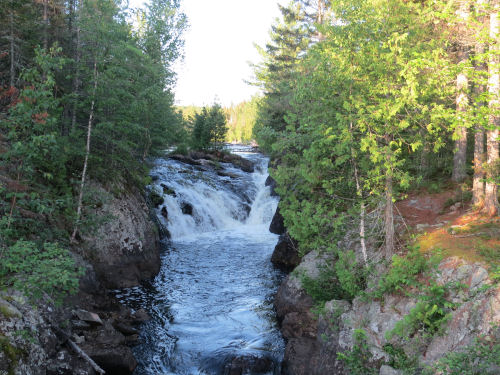 We made our desired mileage again, but it took the same number of hours as day one. This was also the day we made our best mileage. We did 1.9 miles in one of the hours. We were simply spending so much time in the packs it was taking a toll. This is the hilliest section of the Kek, and the slopes are all very steep although they aren't particularly big climbs.