I'm on my way to a northern weekend activity. I probably won't have internet access till I get home (probably Sunday), so posts for a couple of days are pre-scheduled.

I got a little itch to do something with the fact that it's Friday the 13th. So, today I bring you thirteen things you may not know having to do with thirteen. 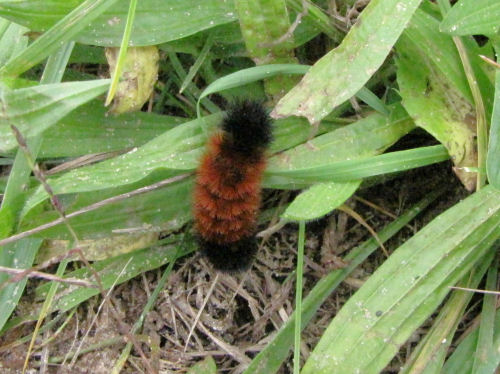 2 The Sterling Marsh Boardwalk that our trail club built over the past three years has 13 sections. 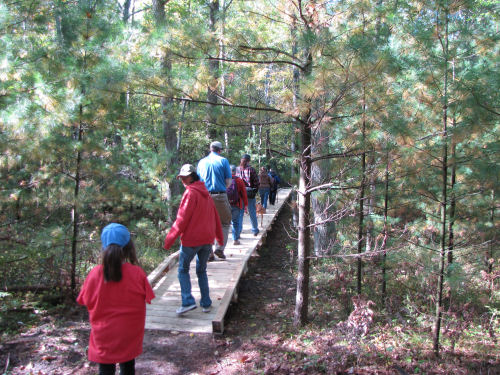 3 One-hundred-one is the first number with 13 letters when written out.

4 The Thirteenth Floor is a movie with some interesting twists. You should take a clue when you think about what number is always missing from the elevator buttons of tall buildings. It was nominated for best Saturn Sci-Fi flick of 2000, but it was up against The Matrix, so... no cigar. But I like it a lot.

The Colossus of New York: A City in 13 Parts is a book I know nothing about, except that I read the free part on Amazon, and it's interesting. It's by Colson Whitehead. The 13 parts are: City Limits, Port Authority, Morning, Central Park, Subway, Rain, Broadway, Coney Island, Brooklyn Bridge, Rush Hour, Downtown, Times Square, and JFK. There were a lot more than 13 books with "thirteen" in the titles.

6 There are three books of the Bible with 13 chapters: Nehemiah, II Corinthians, and Hebrews.

7 There are at least two common sets of 13s that we may rarely think about. 13 x 4 = 52. There are 52 cards in a deck, so one suit has 13 cards. We remember that one because most of us play cards. But a year also has 52 weeks, so one quarter is 13 weeks. Think about it... most months have 4 weeks, but every so often there is a fifth week, and it works out to once a quarter.

9 Quickie quiz! What is 10^13? Hint: It's less than the number of dollars in the US National Debt.

10 Thirteen is the first "teen" number. (OK, this fact is probably pretty boring unless you are the parent of one. I'm NOT. Been there, done that.)

11 There were 13 original colonies that combined to form the United States. It's such an odd number that it would seem surprising except that we Americans grew up hearing it so often, it is just "old hat." 13 The last book of the original Nancy Drew series is named The Thirteenth Pearl, and was the 56th book under the pseudonym of Carolyn Keene (there were a number of actual authors) by Grosset & Dunlap. At that time the series was taken over by Simon & Schuster. The number of Nancy Drew books now stands at 175 (as far as I can tell).

Cute post, Sharkey! You had me at the wooly bears. :)

Love the post, I had not realised yesterday was Friday the 13th, since I am not superstitious it was just another wonderful day.

What a fun post. I remember reading a lot of the Nancy Drew books when I was in school. I didn't realize there was more than one author

What fun! 13 things to ponder.

Very fun facts. I've been wanting to watch movies recently, which is odd for me. I remember seeing commercials for The Thirteenth Floor when it was out, and I thought the idea was very interesting. I never saw the movie, but maybe I'll see if I can find it now.

Fasci9nating Joan. I once did soem research on Fri 13th and wrote it up for Ireland's Own magazine. Later I posted it at Constant Content where it's in my portfolio and needs updating now. Did you know there are loads of serial killers whose names are made up of 13 letters?