This wasn't the first snow we had this year. Third, I think. But the first was just a dusting that didn't amount to anything. The second time there was more, but it all melted the next day.

However, this snow really clobbered parts of Michigan. Us, not so much, but there is still enough to pretty much cover the grass. And it's cold, which is a good thing because the snow doesn't get sticky when you try to ski.

First time out this year! 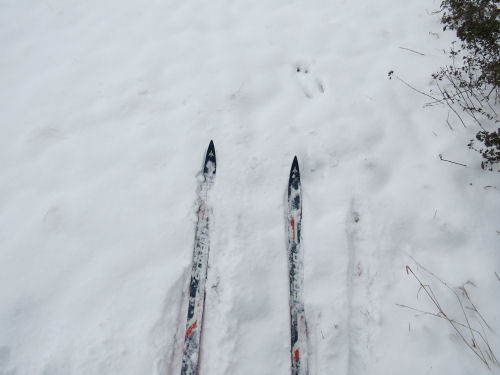 The sky was featuring a nice Tyndall effect (when the rays shine down). 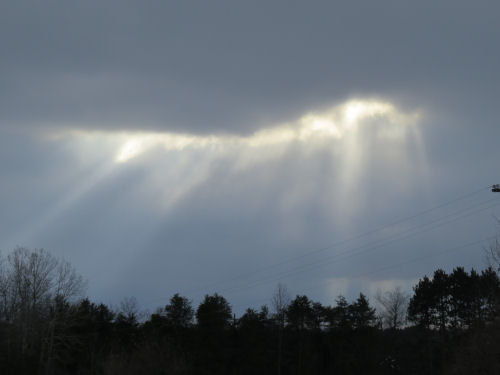 Since there are no tracks in front of the skis in the first picture (first time out, right?), here's proof that I at least went a short way. Actually, I was out about a half hour. Not great, but enough for the first time. 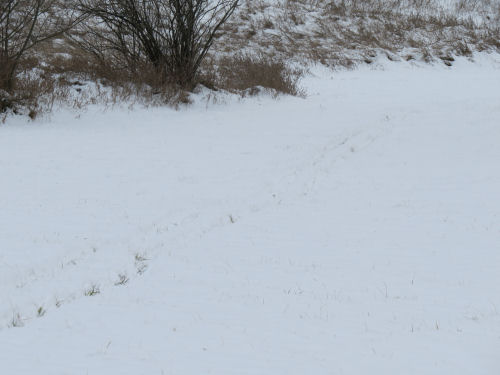 The best thing only has a rotten picture. There were crows chasing a Northern Harrier (Marsh Hawk). It flew right past the deck! But of course, the camera chose to focus on a stupid twig. If I'd wanted the twig I'm sure it would have focused on anything but the twig. 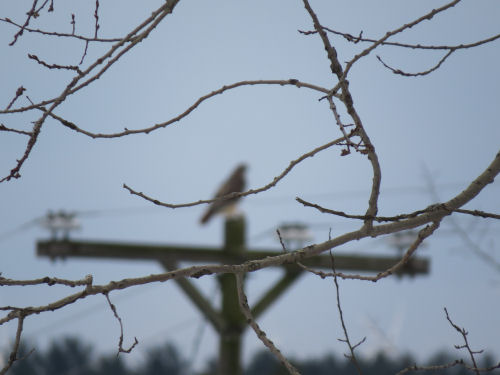 Oh well. This was especially interesting because it was right out back where the red-tailed hawk usually rules the roost.

I'm hoping for more snow and continuing cold. Enough to ski. Not enough to fill the driveway!

I better get the skis ready too. We'll likely haveenough snow soon.

That snow hit us here in Pa too. Maybe I should take up skiing

hello sharkbytes its dennis the vizsla dog oh hay wow kross kountry skiing!!! altho mama and dada livd for yeerz in the land of eeternal snows otherwise nown as upstayt noo york they only ever went kross kountry skiing wunse!!! as i unnerstand it dadas fayvrit part wuz gitting to the warming hut wotever that is!!! ok bye