Today I walked the entire loop that I used to do with Maggie the dog nearly every day. It winds through the back of the cemetery woods and down to the creek and back around the end of my property (and the next one), and then home.

I like to go down by the creek, not only because it is pretty, but there is at least some topography and it's a good walk. Takes a half hour or a little more, so about 1.5 miles. 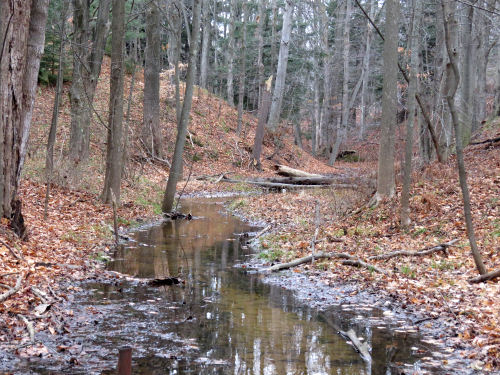 If I'm going to hike it regularly again (which I don't do in winter because parts are too narrow and difficult on snowshoes) I'll need to do some re-routing and serious work. Amazing how much stuff has fallen down in just three years.

This is the biggest tree, a victim of emerald ash borer. Definitely a re-route! 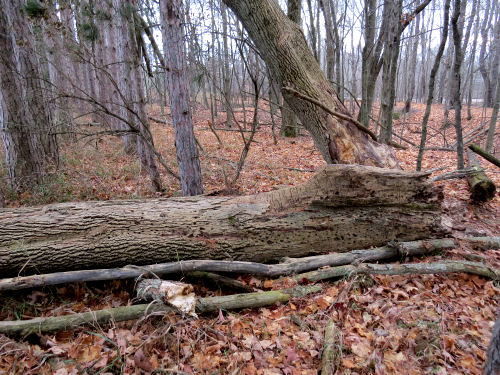 Love the beetle galleries, though. They look like some sort of ancient script; if only I could read the message. 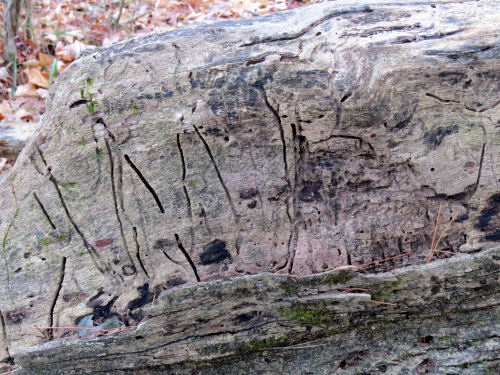 While I was walking, I heard a train coming. Only one chance to catch a picture from where I was, and it's not in focus at all, but it did capture an interesting fact. 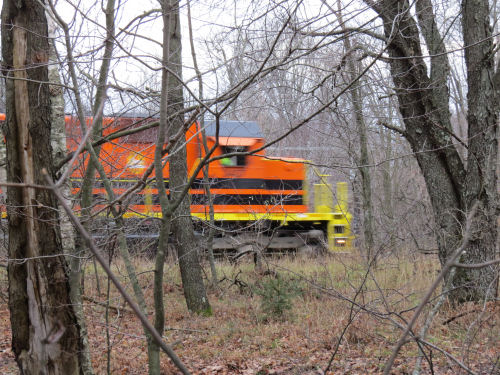 This engine has the new paint scheme. They hardly ever run these engines on this particular branch. The pretty ones mostly run down near Grand Rapids. We get the ones with the old paint jobs. So, I'm glad I caught the moment.

Email ThisBlogThis!Share to TwitterShare to FacebookShare to Pinterest
Labels: Cemetery Creek, Marquette Rail, my trail out back

This is a fun post. I haven't been getting out much recently so this hike is good inspiration for me to get out for a bit when I can.