It was another clear day today. A little colder than yesterday, but I went out to work on cutting those autumn olives down to the ground.

In the grass beside one was a mature and dehydrated puffball. 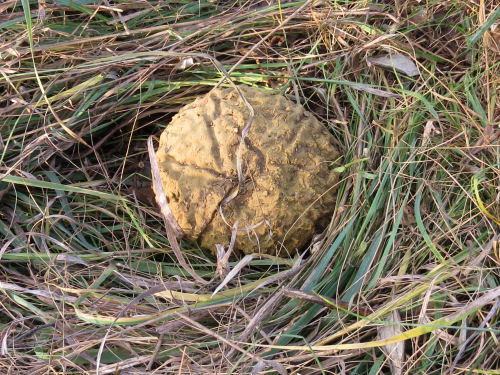 I found it because as I moved the grass, brown "smoke" started to rise from the area. I knew what that was without any guessing. Here I've pinched it to show how that looks. These are spores being released. I'll have to look for fresh puffballs in that area next year. 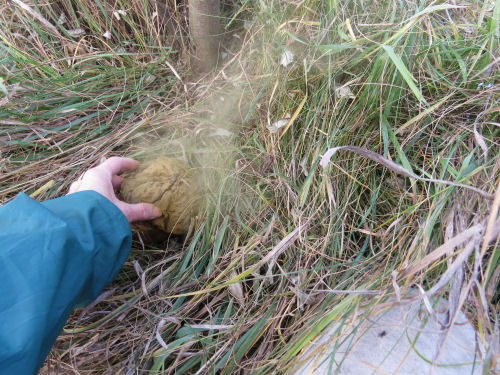 As far as getting those trees cut off... I got one and a half done. The first one had a triple trunk which had all grown together. Thankfully, it did separate when I was trying to cut it. 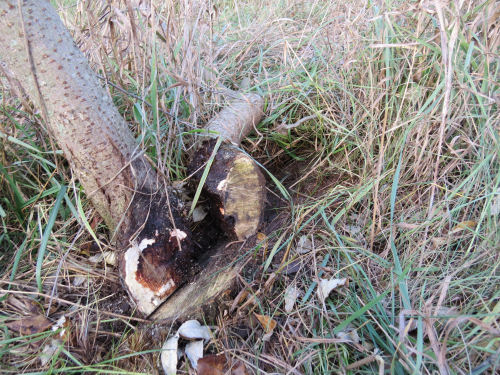 It's pretty amazing that this is all grown up in the last three years. Before Maggie the dog died I was keeping the entire trail open quite diligently.

The combined stump is a good six inches across. 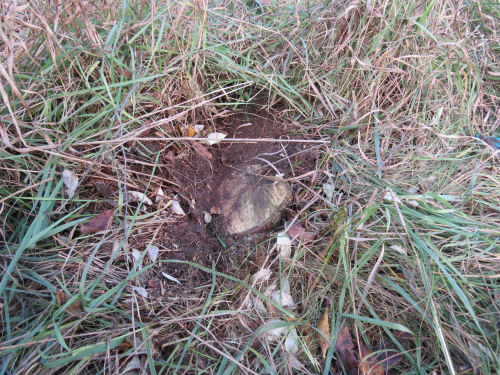 I went on to work on the next one, where I was distracted by the puffball. It was also a tiring and annoying project. I got part of that one. 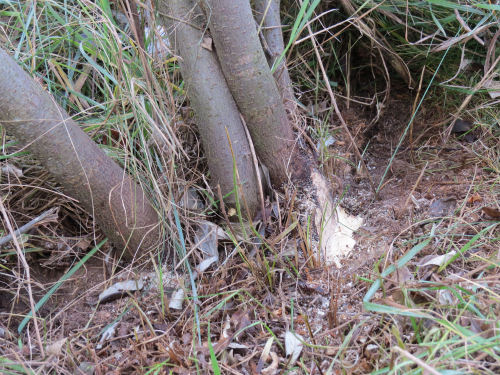 The first Christmas card of the year came today from Chuck and Sylvia of Secondary Roads!

Oohhh. Puffballs! What a cool find. I've spotted a few edible fungi, but too late for harvest. Glad the card arrived.