Tonight was the annual Starlight Concert at Shelby Road Church. I was working on a video, but due to technical difficulties with my patience level, you are just getting some still pictures.

The church is always decorated beautifully. This year the hallways were like scenes you might encounter in a winter town. 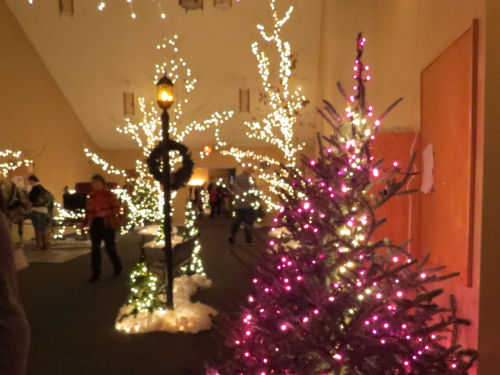 The skating rink was so tempting, this little guy was thinking about checking it out. He actually had a foot raised to go in (after looking around to see if his mom was watching). Wish I had caught that moment! 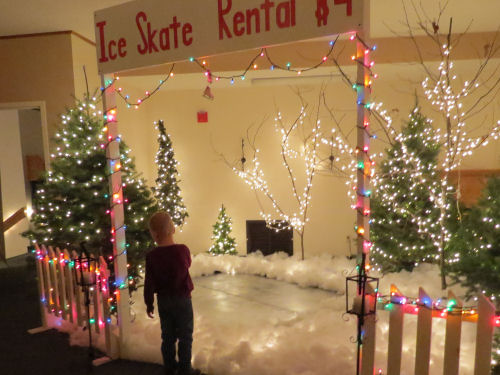 There was a real horse (dapple gray of course!) hitched to the lighted carriage. She was very calm and was being petted by many. 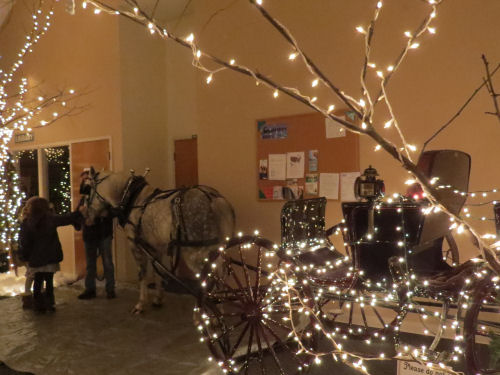 There is always a story line woven through the songs. This year the stage was a subway station. Two homeless men were interacting with the people who came and went from the train. 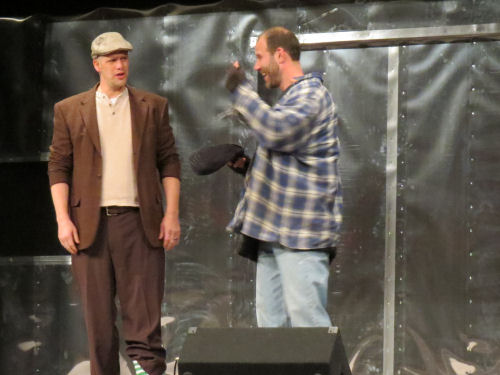 The choir came pouring out of the subway doors for their songs. It was a pretty cool effect. 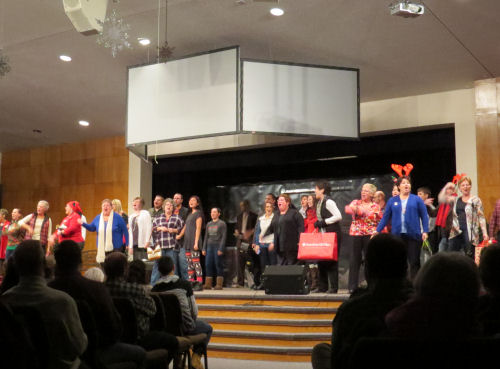 One of the things I like best about the Starlight productions is that the people who participate always look like they are really enjoying themselves. Lots of smiles. (and a continuing note to myself to work on a smile while playing bells) 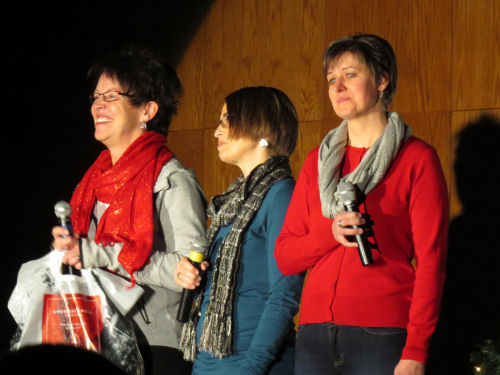 I went with GayLynne and Paula. Always a good time to be had with friends. 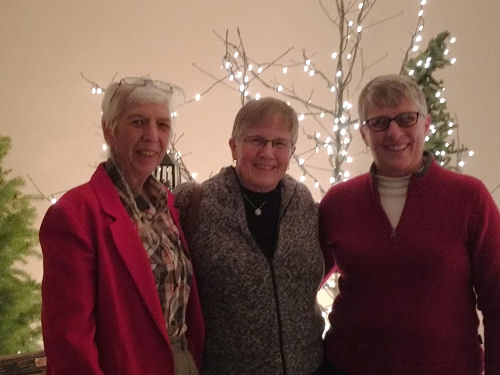 In the end, one of the homeless men is inspired by a little girl to go home and make peace with his father... the greater message being that it's never too late to make peace with our heavenly Father.

Looks like a fun night. Love all the decorations.