A Day Filled with Music

Actually, I suppose it's fairly amazing that I had the driveway all cleared before 9:30 in the morning. But I wanted to be able to get out!

The amazing part that I want to tell you about is three different music events.

First, the handbell choir played in the service at the Methodist Church. I do have a video of that ready to show you. This has the opposite problem from the videos of the other night. You can only see one of my arms and part of my body because I'm hidden behind the director. But that's OK, it's a group effort. We played much better this morning, so I'd rather share this one.

The drawback is that when I both play bells and record, I can only set the camera on the tripod and start and stop it. There's no zooming in to get closer views of any of the players or actions.

The song is Mary Had a Baby.

After church, I took myself out for lunch and had a yummy Reuben sandwich.

Next event was a concert at the Arts Center by the West Shore Choir. This is the choir that also sang at St. Joseph's on Tuesday. Most of the songs were the same, but there was one they only did today. I have a good video of that and will process it and share tomorrow.

Interestingly enough, the Arts Center is the former Methodist Church building which is downtown. (This is also where my writing group meets.)

The first song they did "in the round," by standing in the aisle, encircling the audience. This is a really difficult way to sing and stay together, but they were really "on." Director Becky Sopha gets amazing quality out of her groups. 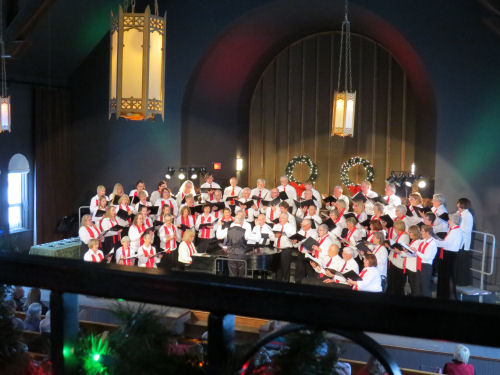 Another fun aspect of this concert was a recorder ensemble playing Christmas songs in the foyer before the concert started. I didn't even know that recorders came in registers other than soprano. Fun group! And two friends of mine were in it. 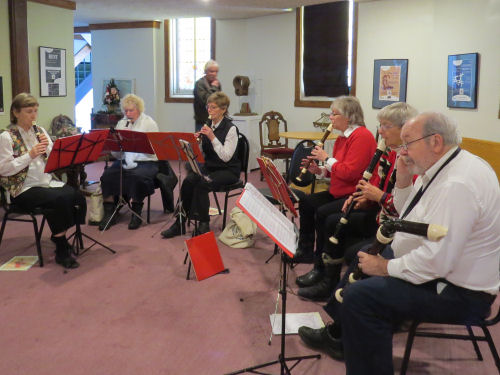 This evening, I went back to the Methodist Church for a Christmas praise service featuring praise bands from three different churches. I have a couple videos from that as well for another day. I had to guess which songs I'd like because I couldn't record them all. Sadly, I didn't pick the one that turned out to be my favorite. O well!

As you can see, this is a more contemporary and informal type of music. 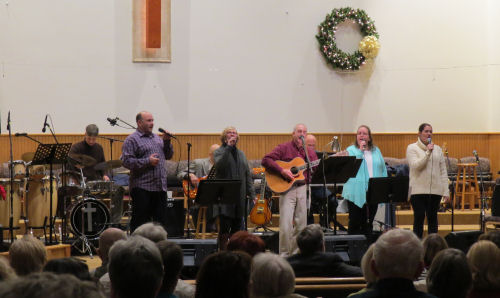 Christmas music is possibly the best thing about this season of the year! My head is filled with songs tonight.

Loved the video. That sounded terrific.